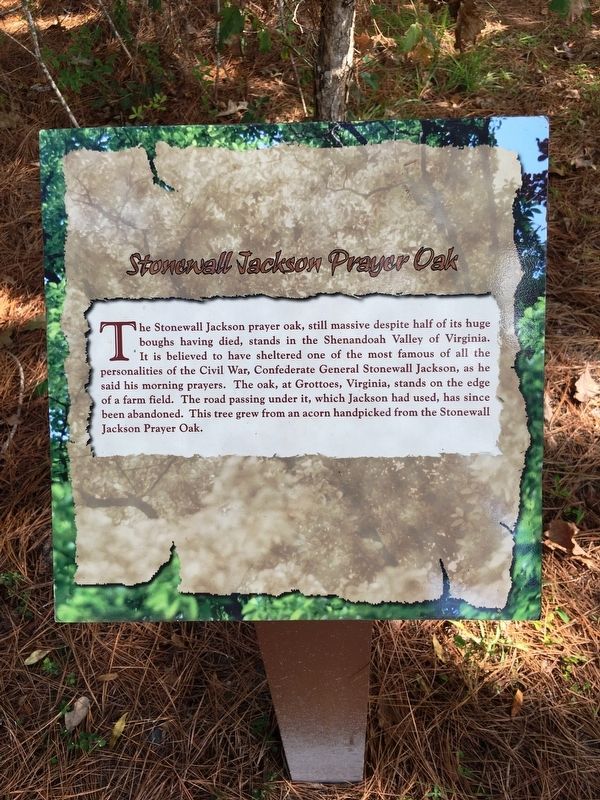 The Stonewall Jackson prayer oak, still massive despite half of its hugh boughs having died, stands in the Shenandoah Valley of Virginia. It is believed to have sheltered one of the most famous of all the personalities of the Civil War, Confederate General Stonewall Jackson, as he said his morning prayers. The oak, at Grottoes, Virginia, stands on the edge of a farm field. The road passing under it, which Jackson had used, has since been abandoned. This tree grew from an acorn handpicked from the Stonewall Jackson Prayer Oak.

Location. 30° 20.177′ N, 81° 52.002′ W. Marker is in Jacksonville, Florida, in Duval County. Marker can be reached from Halsema Road North 0.4 miles north of Old Plank Road, on the right when traveling north. Located within the Camp Milton Historic Preserve. Touch for map. Marker is at or near this postal address: 1225 Halsema Road North, Jacksonville FL 32220, United States of America. Touch for directions. 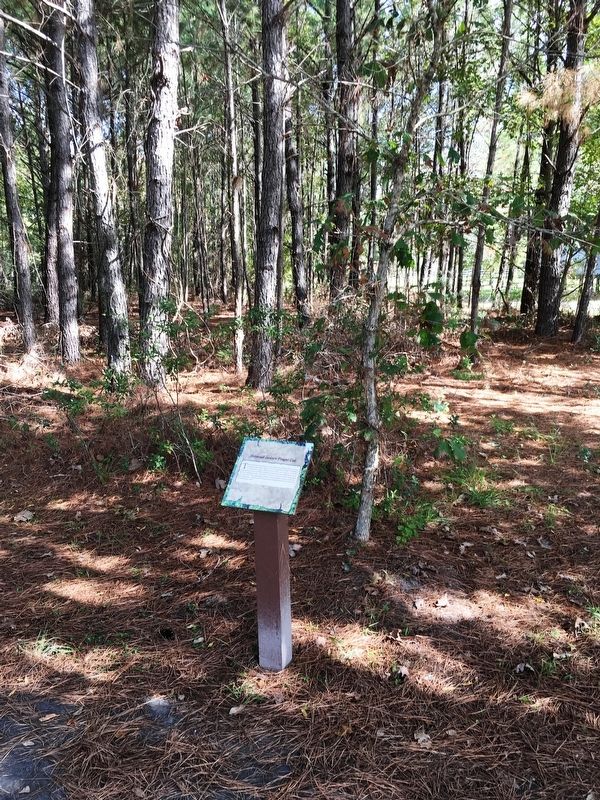