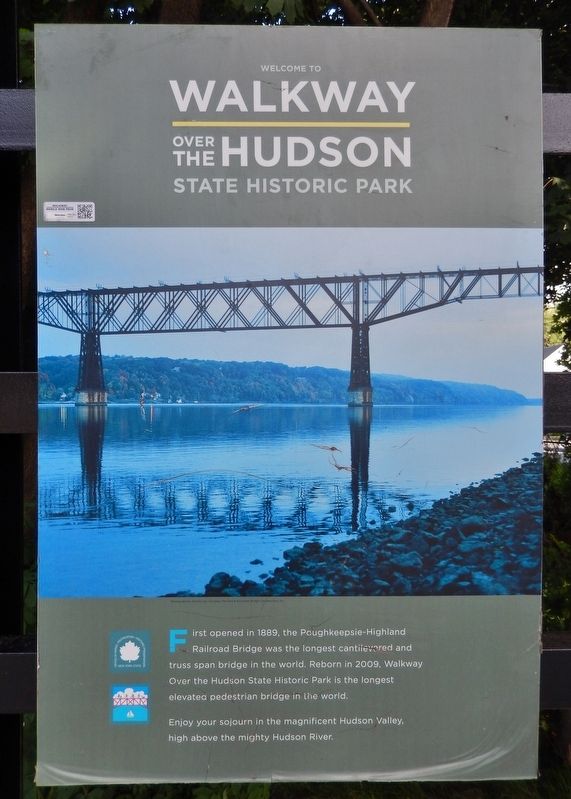 Enjoy your sojourn in the magnificent Hudson Valley, high above the mighty Hudson River.

Location. 41° 42.69′ N, 73° 55.626′ W. Marker is in Poughkeepsie, New York, in Dutchess County. Marker can be reached from Parker Avenue (New York State Route 9G) 0.2 miles east of Washington Street (New York State Route 9G), on the left when traveling east. Marker is located near the east end of the bridge trail in Walkway Over the Hudson State Historic Park. Touch for map. Marker is at or near this postal address: 61 Parker Avenue, Poughkeepsie NY 12601, United States of America. Touch for directions. 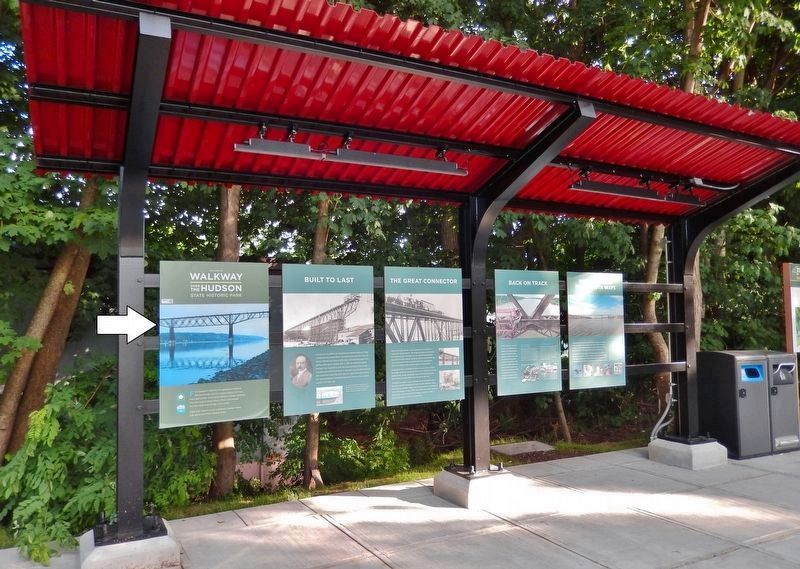 More about this marker. There is an identical marker located 1.5 miles west, at the west end of the bridge trail, in Highland, Ulster County, New York.

Related markers. Click here for a list of markers that are related to this marker. Poughkeepsie-Highland Railroad Bridge

Also see . . .  Highland Poughkeepsie Railroad Bridge. The actual design and height of the bridge was out of necessity for the technology in the late 19th century. There were still ships with masts, so it was built 212 feet so that the masts of ships and steamships could sail underneath. The traffic across the bridge began to slow down following the end of World War II as the infrastructure of the country began to improve. After nearly a century of being an active bridge, a fire broke out on May 8, 1974 destroying nearly 700 feet of track, leaving the bridge beyond repair by state resources. At the time of the fire, the amount of travel across the bridge was at a low, causing the fire to be a breaking point. The bridge wasn’t really necessary anymore. (Submitted on November 19, 2019, by Cosmos Mariner of Cape Canaveral, Florida.)