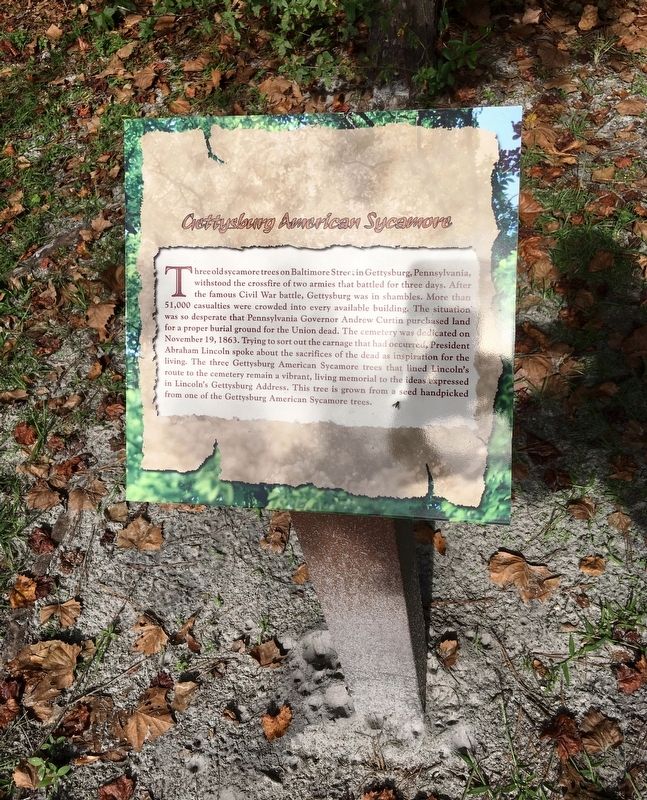 Three old sycamore trees on Baltimore Street in Gettysburg, Pennsylvania, withstood the crossfire of two armies that battled for three days. After the famous Civil War battle, Gettysburg was in shambles. More than 51,000 causalities were crowded into every available building. The situation was so desperate that Pennsylvania Governor Andrew Curin purchased land for a proper burial ground for the Union dead. The cemetery was dedicated on November 19, 1863. Trying to sort out the carnage that had occurred, President Abraham Lincoln spoke about the sacrifices of the dead as inspiration for the living. The three Gettysburg American Sycamore trees that lined Lincoln’s route to the cemetery remain a vibrant, living memorial to the ideas expressed in Lincoln’s Gettysburg Address. This tree is grown from a seed handpicked from one of Gettysburg American Sycamore trees. 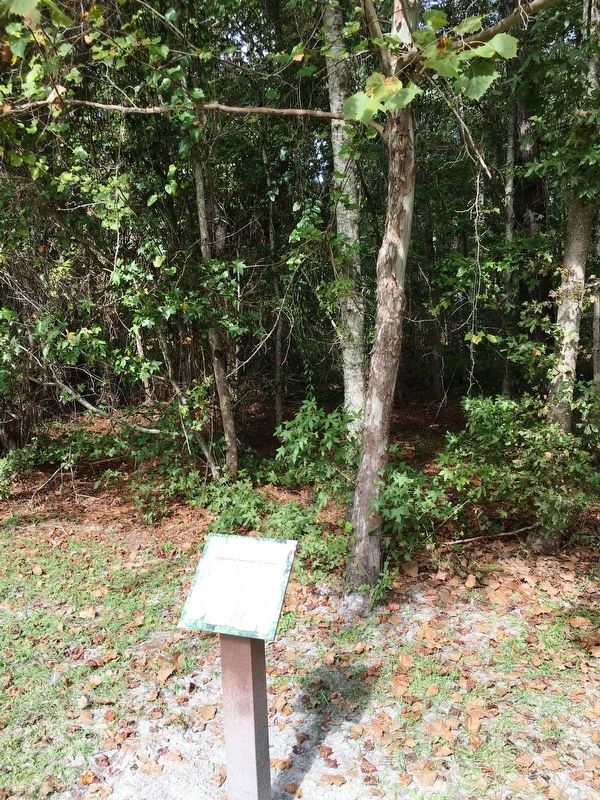