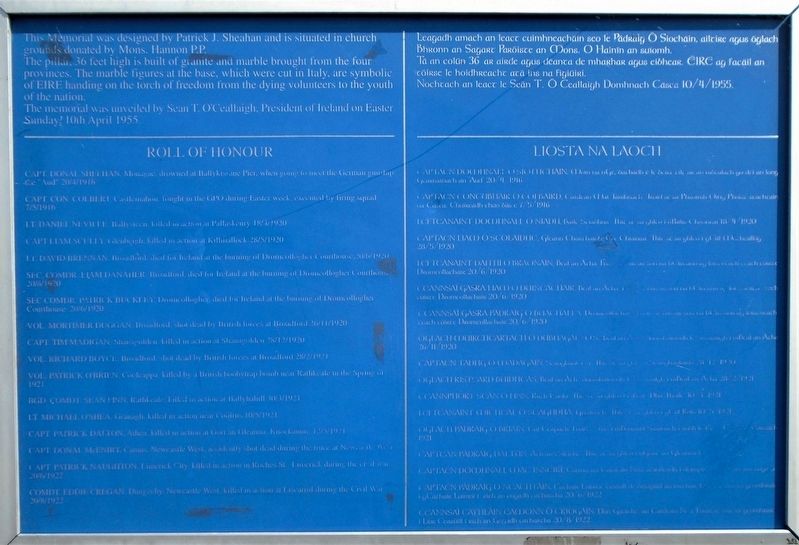 LT. DAVID BRENNAN, Broadford, died for Ireland at the burning of Dromcollogher Courthouse 20/6/1920

SEC.COMDR. PATRICK BUCKLEY, Dromcollogher, died for Ireland at the burning of Dromcollogher Courthouse 20/6/1920

VOL. PATRICK O'BRIEN, Cooleappa, killed by a British boobytrap bomb near Rathkeale in the Spring of 1921

This Memorial was designed by Patrick J. Sheahan and is situated in church grounds donated by Mons. Hannon P.P. . The pillar, 36 feet high is built of granite and marble brought from the four provinces. The marble figures at the base, which were cut in Italy, are symbolic of ÉIRE handing on the torch of freedom from the dying volunteers to the youth of the nation. . The memorial was unveiled by Sean T. O'Ceallaigh, President of Ireland on Easter Sunday, 10th April 1955. .