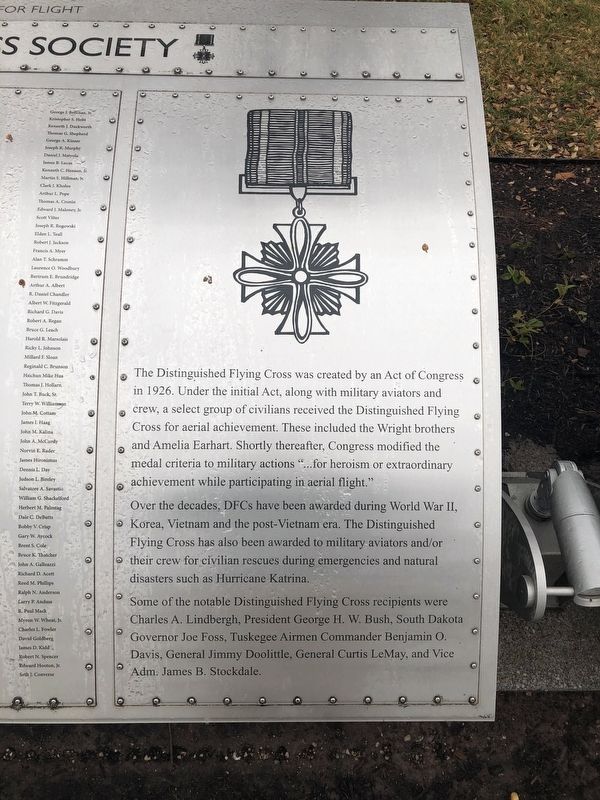 The Distinguished Flying Cross was created by an Act of Congress in 1926. Under the initial Act, along with many military aviators and crew, a select group of civilians received the Distinguished Flying Cross for aerial achievement. These included the Wright brothers and Amelia Earhart. Shortly thereafter, Congress modified the medal criteria to military actions "...for heroism or extraordinary achievement while participating in aerial flight."

Over the decades, DFCs have been awarded during World War II, Korea, Vietnam and the post-Vietnam era. The Distinguished Flying Cross has also been awarded to the military aviators and/or their crew for civilian rescues during emergencies and natural disasters such as Hurricane Katrina. 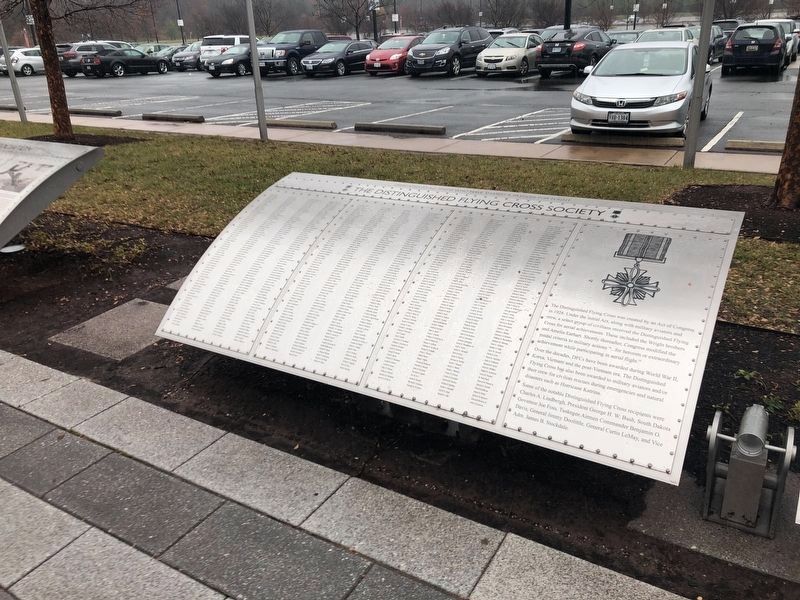 By Devry Becker Jones, December 1, 2019
2. The Distinguished Flying Cross Society Marker
is in Chantilly, Virginia, in Fairfax County. Marker is on Air and Space Museum Parkway west of Localizer Road, in the median. Touch for map. Marker is at or near this postal address: 14390 Air and Space Museum Parkway, Chantilly VA 20151, United States of America. Touch for directions.