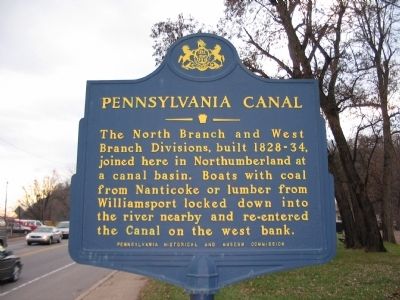 The North Branch and West Branch Divisions, built 1828-34, joined here in Northumberland at a canal basin. Boats with coal from Nanticke or lumber from Williamsport locked down into the river nearby and re-entered the Canal on the west bank.

Topics and series. This historical marker is listed in this topic list: Waterways & Vessels. In addition, it is included in the Pennsylvania Historical and Museum Commission series list. 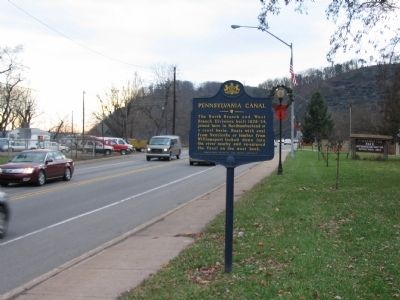 Also see . . .  Pennsylvania's Transportation System: the Canals. From 1797 until the 1850s, Pennsylvania's canal system facilitated commerce throughout the state. (Submitted on December 9, 2008, by Craig Swain of Leesburg, Virginia.) 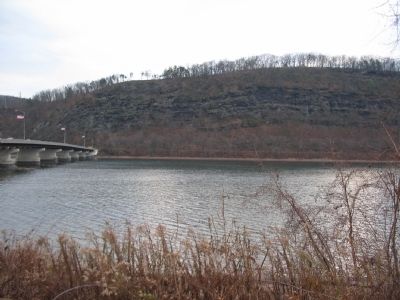