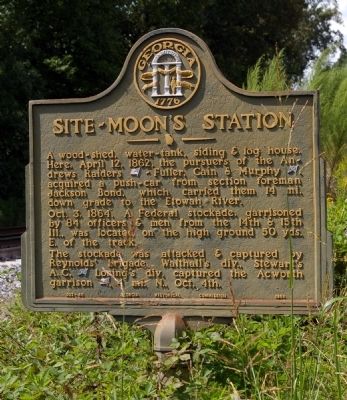 A wood-shed, water-tank, siding & log house. Here, April 12, 1862, the pursuers of the Andrews Raiders [US] - Fuller, Cain & Murphy [CS], acquired a push-car from section foreman Jackson Bond, which carried them 14 mi. down grade to the Etowah River.

Location. 34° 3.1′ N, 84° 36.921′ W. Marker is in Kennesaw, Georgia, in Cobb County. Marker is on Baker Road NW 0 miles south of Dresden Green NW, on the left when traveling north. Touch for map. Marker is in this post office area: Kennesaw GA 30144, United States of America. Touch for directions.

Other nearby markers. At least 8 other markers are within 2 miles of this marker 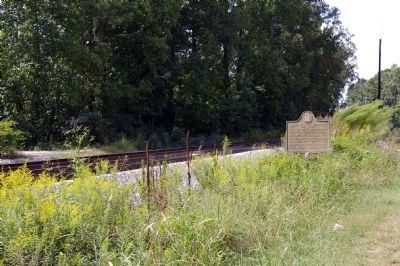