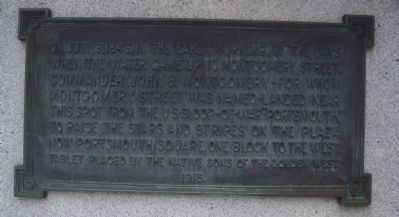 On July 9, 1846, in the early morning, in “the days when water came up to Montgomery Street,” Commander John B. Montgomery – for whom Montgomery Street was named – landed near this spot from the U.S. Sloop-of-War “Portsmouth,” to raise the Stars and Stripes on the plaza, now Portsmouth Square, one block to the west.

Topics and series. This historical marker is listed in these topic lists: Military • Notable Events • War, Mexican-American. In addition, it is included in the California Historical Landmark, and the Native Sons/Daughters of the Golden West series lists. 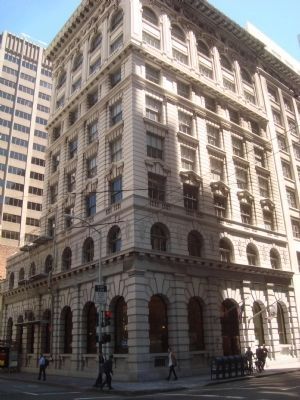