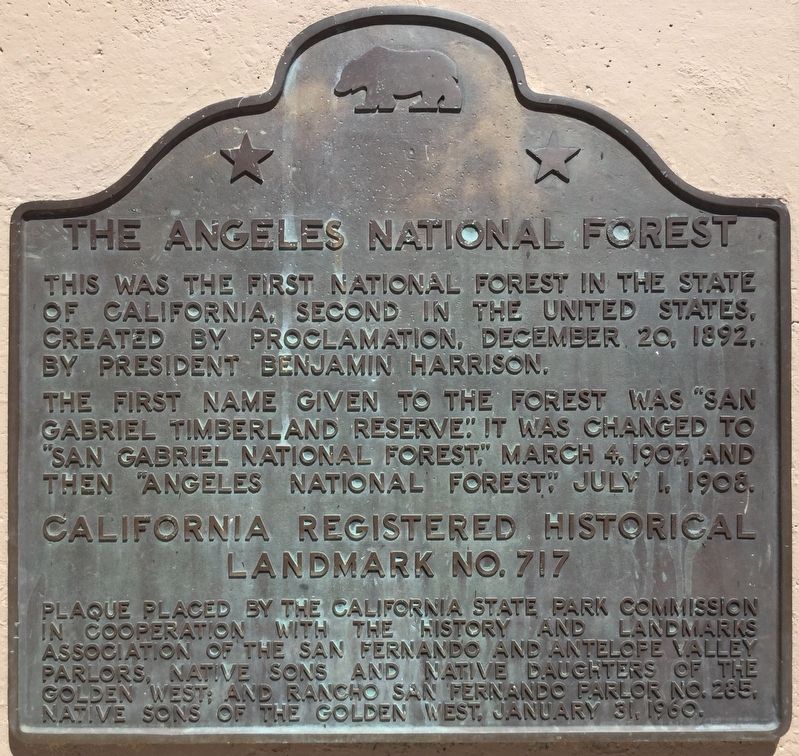 Marker series. This marker is included in the California Historical Landmark, and the Native Sons/Daughters of the Golden West marker series. 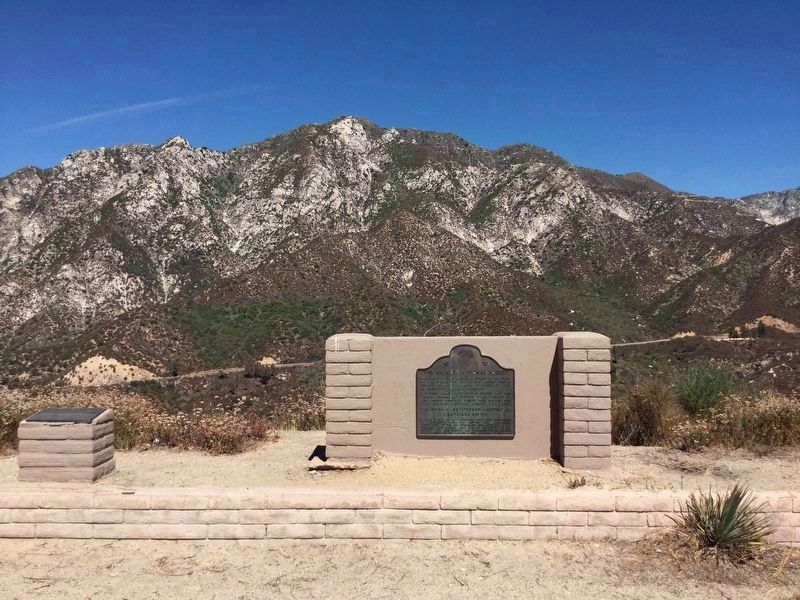 Regarding The Angeles National Forest. This forest serves the largest urban population in the United States, and is a viable source of watershed protection, recreation, and scenic beauty.

In 2014, the San Gabriel Mountains National Monument was created to provide greater environmental protection for the heavily visited region. It includes much of the Angeles National Forest.

This is California Historical Landmark No. 717.

This contributor (-CB) is a former Fire Lookout Volunteer at nearby Vetter Mountain Lookout, which was built in 1935, destroyed in the 2009 Station Fire, and rebuilt in 2019. 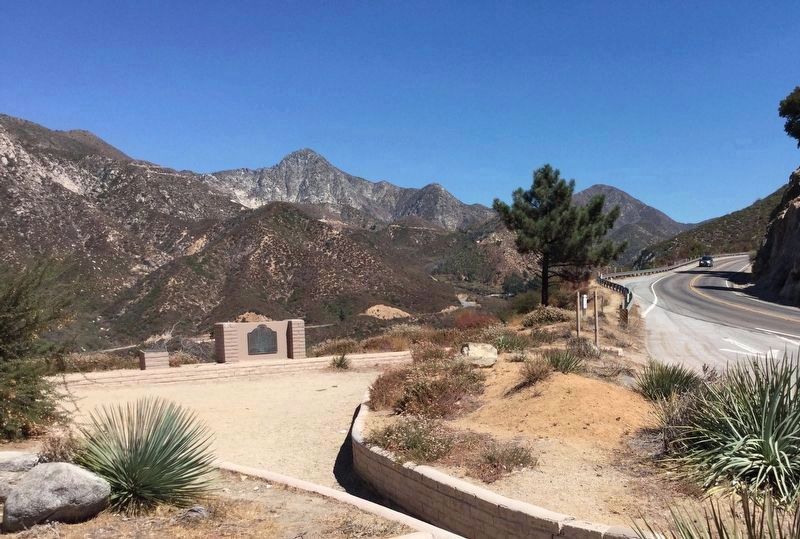 By Craig Baker, September 18, 2018
3. Angeles National Forest Marker
The small pedestal has a centennial marker placed in 1992 by employees and volunteers.