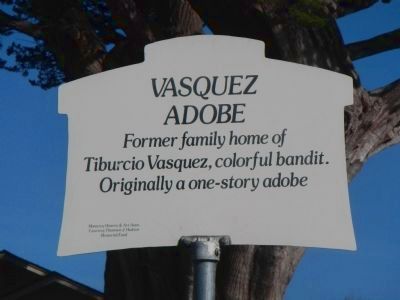 Topics and series. This historical marker is listed in this topic list: Notable Buildings. In addition, it is included in the California Historical Landmarks series list. 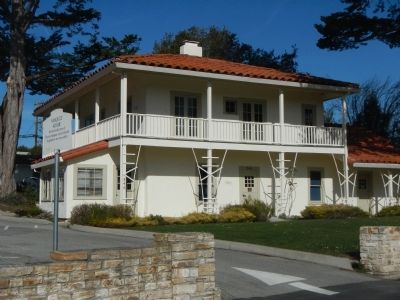 Regarding Vasquez Adobe. The Vasquez House is California Historical Landmark No. 351. 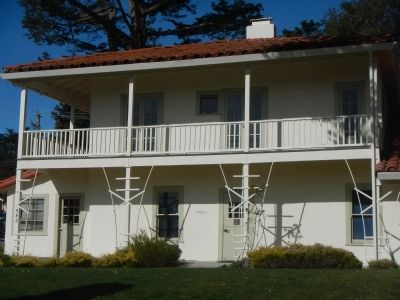 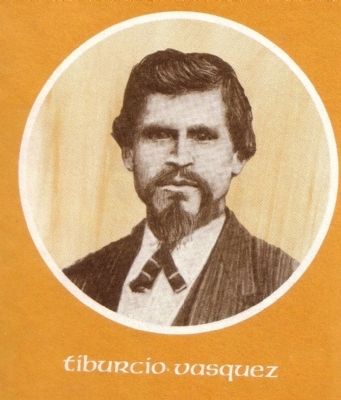 By 1977 San Juan Bautista SHP Brochure
4. Tiburcio Vasquez
One of California's most famous outlaws was associated with San Juan during the 1860's and 1870's. Born and raised in Monterey, Vasquez had many friends in the area. He was said to have a way with women and was widely considered brave, cunning and, at times, a gallant gentlemen. His activities were well documented and he was a hero of sorts to Mexican Californios who often helped him outwit law enforcement officers and their posses.
Credits. This page was last revised on December 15, 2019. It was originally submitted on February 16, 2013, by Barry Swackhamer of Brentwood, California. This page has been viewed 413 times since then and 4 times this year. Last updated on December 14, 2019, by Craig Baker of Sylmar, California. Photos:   1, 2, 3. submitted on February 16, 2013, by Barry Swackhamer of Brentwood, California.   4. submitted on January 16, 2009, by Syd Whittle of Mesa, Arizona.
Share This Page.