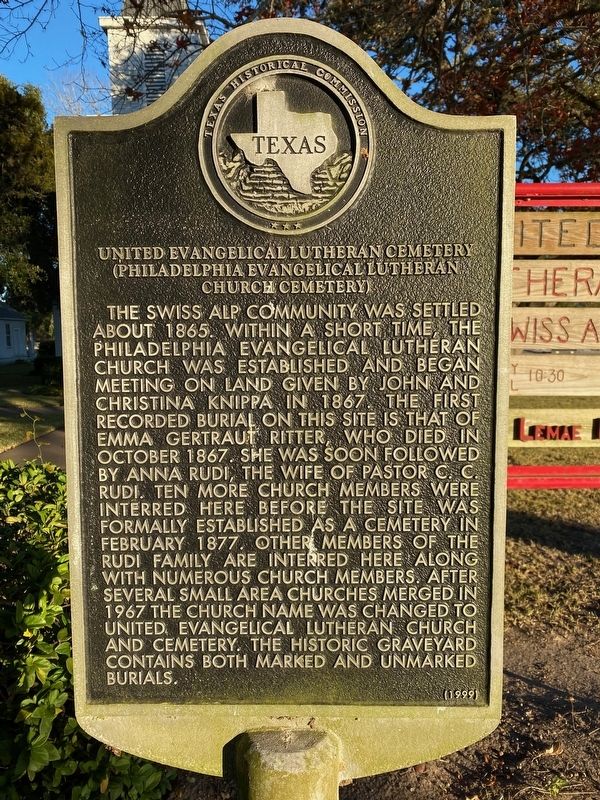 The Swiss Alp community was settled about 1865. Within a short time, the Philadelphia Evangelical Lutheran Church was established and began meeting on land given by John and Christina Knippa in 1867. The first recorded burial on this site is that of Emma Gertraut Ritter, who died in October 1867. She was soon followed by Anna Rudi, the wife of Pastor C. C. Rudi. Ten more church members were interred here before the site was formally established as a cemetery in February 1877. Other members of the Rudi family are interred here along with numerous church members. After several small area churches merged in 1967 the church name was changed to United Evangelical Lutheran Church and Cemetery. The historic graveyard contains both marked and unmarked burials. 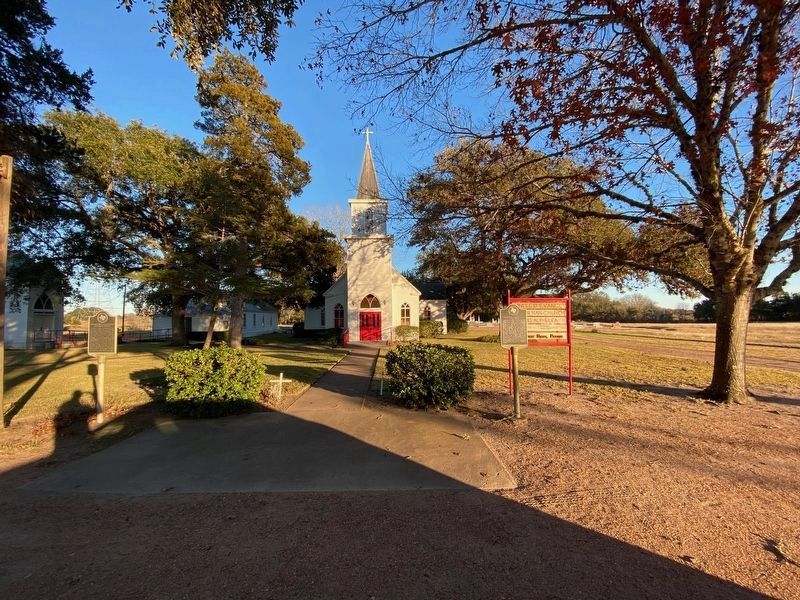 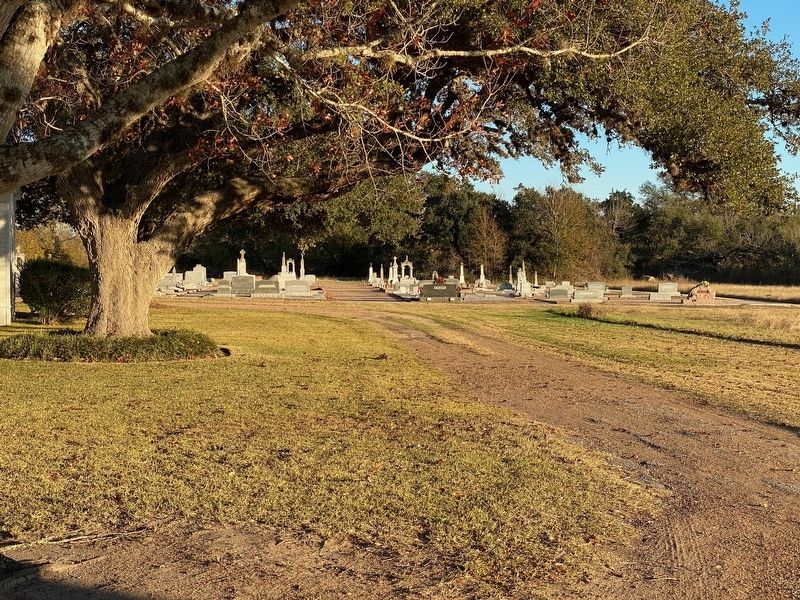