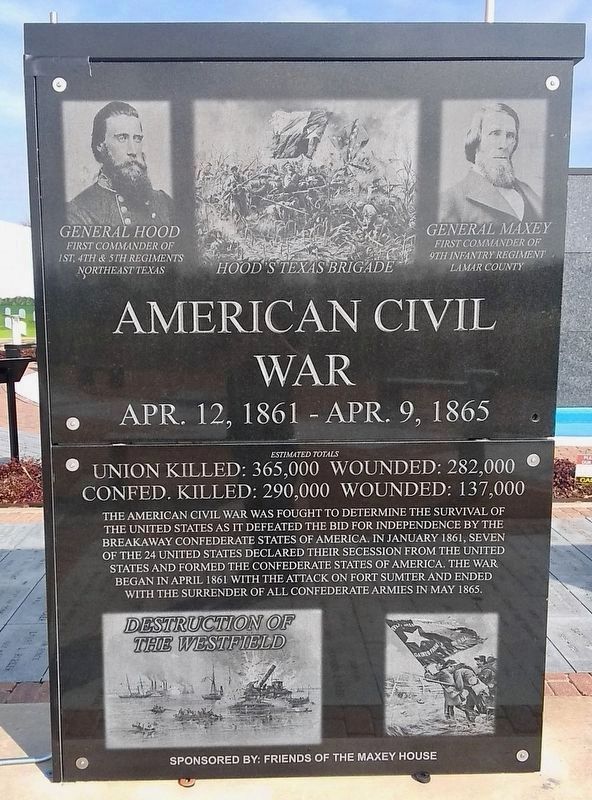 Estimated totals
Union Killed: 365,000 Wounded: 282,000
Confed. Killed: 290,000 Wounded: 137,000
The American Civil War was fought to determine the survival of the United States as it defeated the bid for independence by the breakaway Confederate States of America. In January 1861, seven of the 24 United States declared their secession from the United States and formed the Confederate States of America, the war began in April 1861 with the attack on Fort Sumter and ended with the surrender of all Confederate armies in May 1865.

Erected 2016 by Friends of the Maxey House.

Location. 33° 38.372′ N, 95° 31.411′ W. Marker is in Paris, Texas, in Lamar County. Memorial can be reached from South Collegiate Drive near Jefferson Road (County Road 1507), on the right when traveling north. Located at the Red River Valley Veterans Memorial. Touch for map. Marker is at or near this postal address: 2025 South Collegiate Drive, Paris TX 75460, United States of America. Touch for directions. 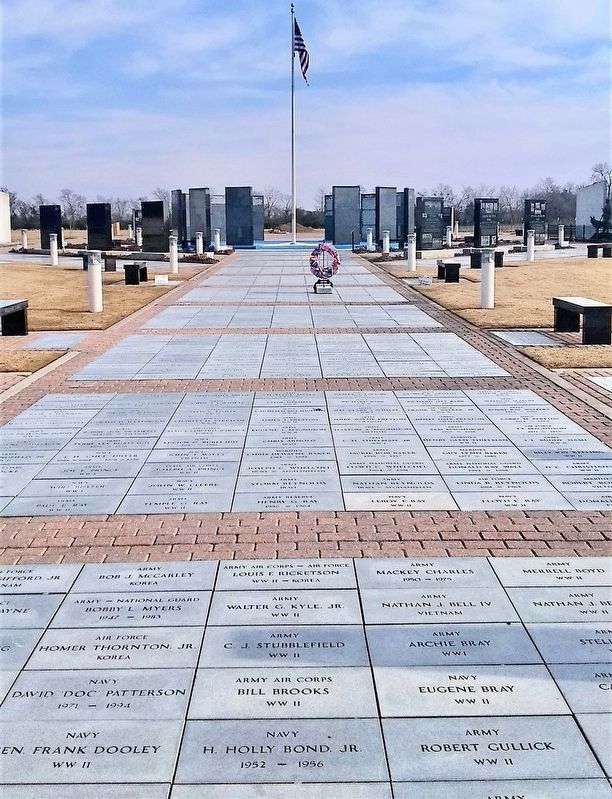 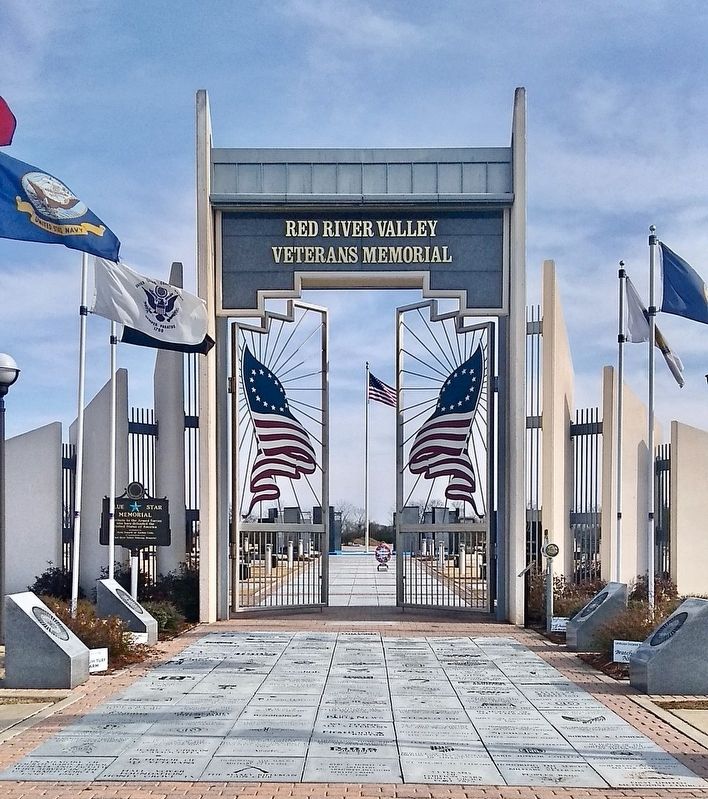 By Paul Fledderman, January 1, 2019
4. Seals of the US Armed Forces and others.
More. Search the internet for American Civil War.