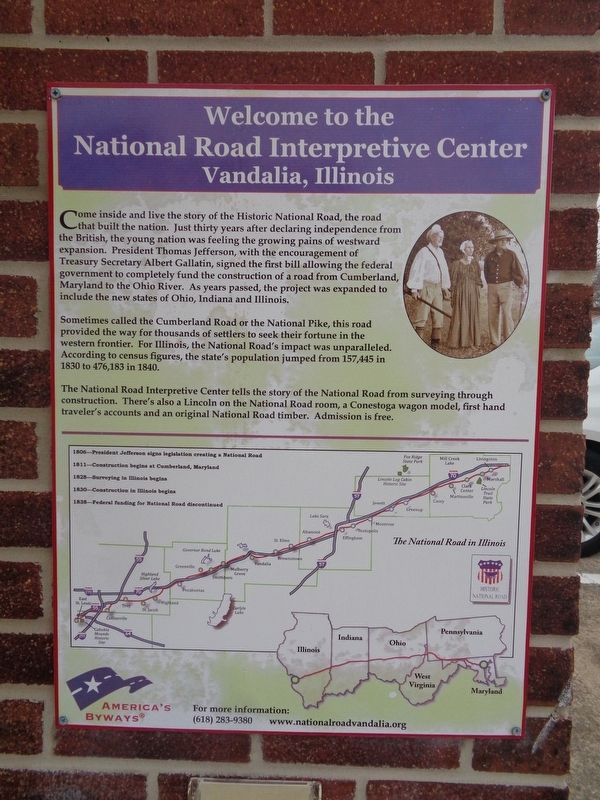 Come inside and live the story of the Historic National Road, the road that built the nation. Just thirty years after declaring independence from the British, the young nation was feeling the growing pains of westward expansion. President Thomas Jefferson, with the encouragement of Treasury Secretary Albert Gallatin, signed the first bill allowing the federal government to completely fund the construction of a road from Cumberland, Maryland to the Ohio River. As years passed, the project was expanded to include the new states of Ohio, Indiana and Illinois.

Sometimes called the Cumberland Road or the National Pike, this road provided the way for thousands of settlers to seek their fortune in the western frontier. For Illinois, the National Road's impact was unparalleled. According to census figures, the state's population jumped from 157,445 in 1830 to 476,183 in 1840. 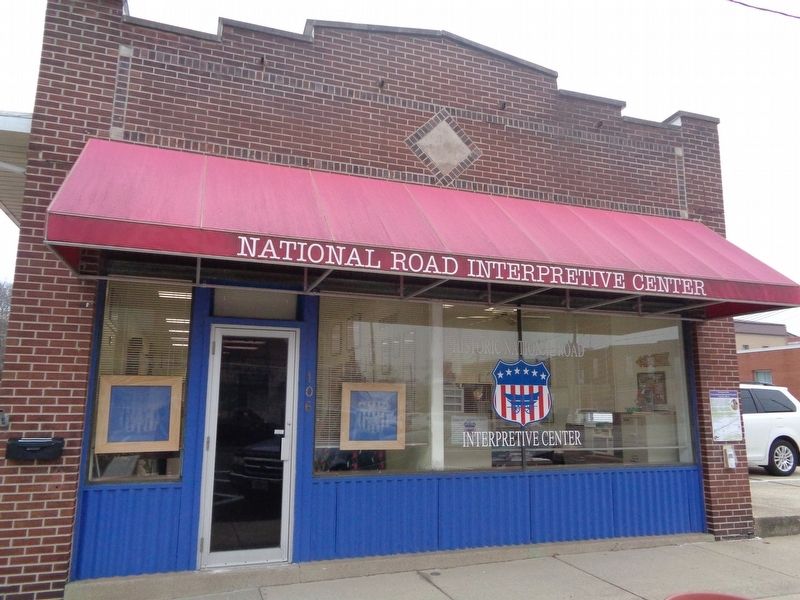 By Jason Voigt, January 3, 2020
2. National Road Interpretive Center
Marker is on the right
Admission is free.

Location. 38° 57.687′ N, 89° 5.756′ W. Marker is in Vandalia, Illinois, in Fayette County. Marker is on South 5th Street just north of West Gallatin Street, on the right when traveling north. Marker is mounted on the National Road Interpretive Center building. Touch for map. Marker is at or near this postal address: 106 S 5th Street, Vandalia IL 62471, United States of America. Touch for directions.