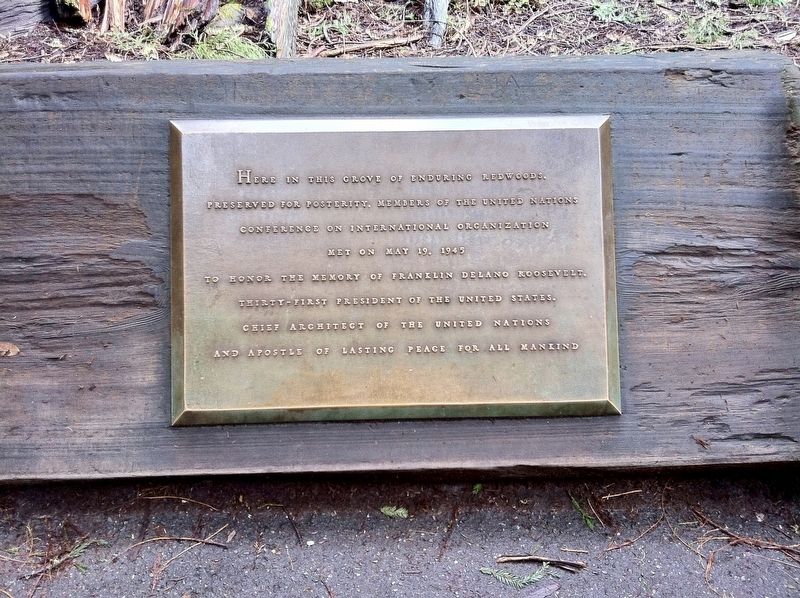 Topics and series. This historical marker is listed in this topic list: Notable Events. In addition, it is included in the Former U.S. Presidents: #32 Franklin D. Roosevelt series list. A significant historical date for this entry is May 19, 1945. 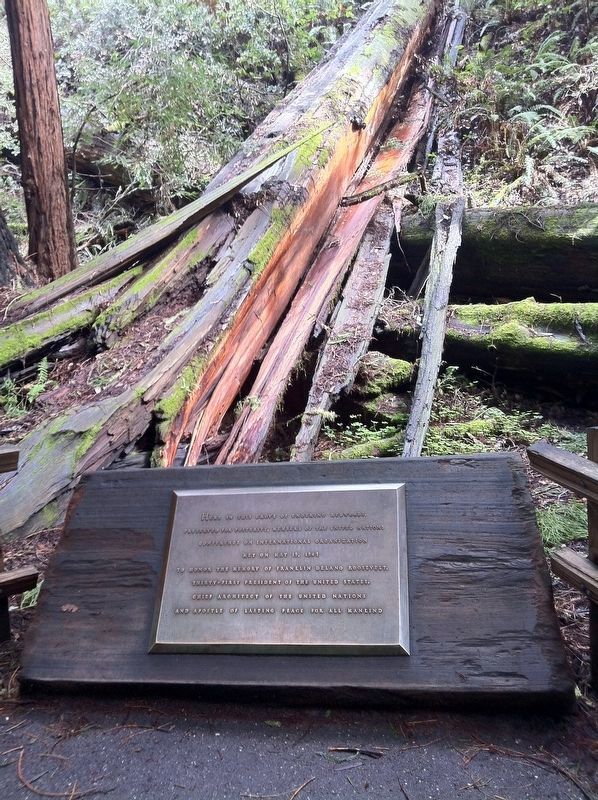 More about this marker. The marker is located in Cathedral Grove in Muir Woods National Monument, about 1/4 mile north of the visitor center, on the Main Trail. Although the marker is undated, the Marin County Free Library Anne T. Kent California Room has a photograph of the marker from ca. 1947.

Also see . . .  The United Nations Memorial Service at Muir Woods (National Park Service). ?After Roosevelt’s death, Pedro Leao Vellos, Brazilian foreign minister and chairman of his nation’s delegation to the San Francisco conference, suggested that a memorial service for the President be held in Muir Woods in place of the session originally proposed. Secretary of the Interior Ickles invited the delegates to the United Nations conference at attend the service and the dedication of a model of the bronze plaque to be placed there in the president’s memory....The U.S. Navy band opened the ceremony by playing behind the small stage that had been set up in the redwood grove. Major Tomlinson of the National Park Service spoke first, followed by Pedro Leao Velloso of Brazil. Field Marshall Jan Christian Smuts, prime minister of South Africa, was the featured speaker of the day. All of the speakers paid tribute to Roosevelt’s courage in overcoming his physical disability, 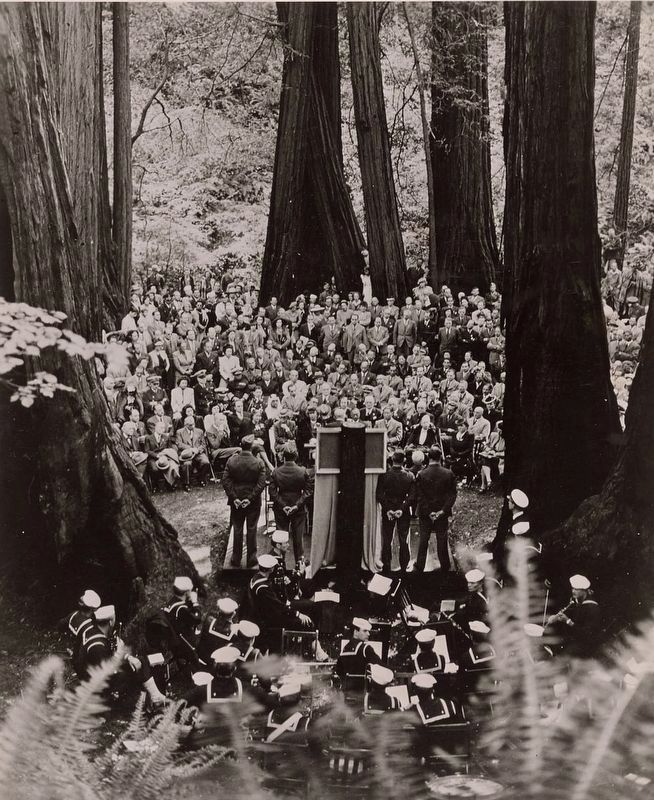 James A. Lawrence (courtesy of the Bancroft Library, University of California at Berkeley), May 19, 1945
3. United Nations delegates at a commemorative ceremony for Franklin D. Roosevelt, Muir Woods
in confronting the national crisis of the Great Depression, and especially to his leadership during the war and his vision for building peace afterwards. The service’s final speaker was Edward R. Stettinius, Jr., U.S. Secretary of State, who spoke of Muir Woods as a symbol of Roosevelt’s ideals, saying, 'These great redwoods at Muir Woods National Monument are the most enduring of all trees. Many of them stood here centuries after every man now living is dead. They are as timeless and as strong as the ideals and faith of Franklin D. Roosevelt'.” (Submitted on January 6, 2020.)
Credits. This page was last revised on January 6, 2020. It was originally submitted on January 6, 2020, by Andrew Ruppenstein of Sacramento, California. This page has been viewed 108 times since then and 15 times this year. Photos:   1, 2, 3. submitted on January 6, 2020, by Andrew Ruppenstein of Sacramento, California.
Share this page.