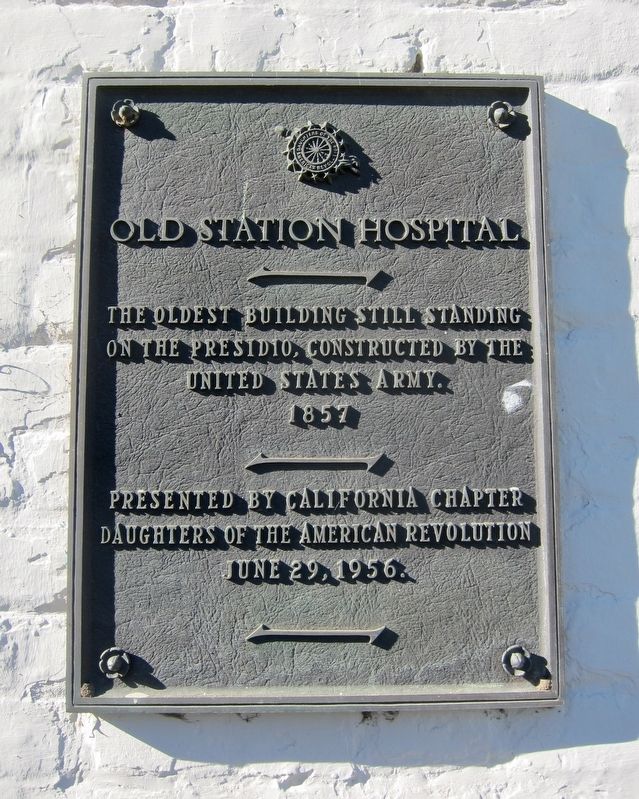 By Andrew Ruppenstein, December 26, 2015
1. Old Station Hospital Marker
Inscription.
Old Station Hospital. . The oldest building still standing on the Presidi0, constructed by the United States Army. . 1857 . . This historical marker was erected in 1956 by Daughters of the American Revolution California Chapter. It is in San Francisco in San Francisco City and County California

The oldest building still standing on the Presidi0, constructed by the United States Army.
1857


Erected 1956 by Daughters of the American Revolution California Chapter.

Topics and series. This historical marker is listed in this topic list: Science & Medicine. In addition, it is included in the Daughters of the American Revolution series list. 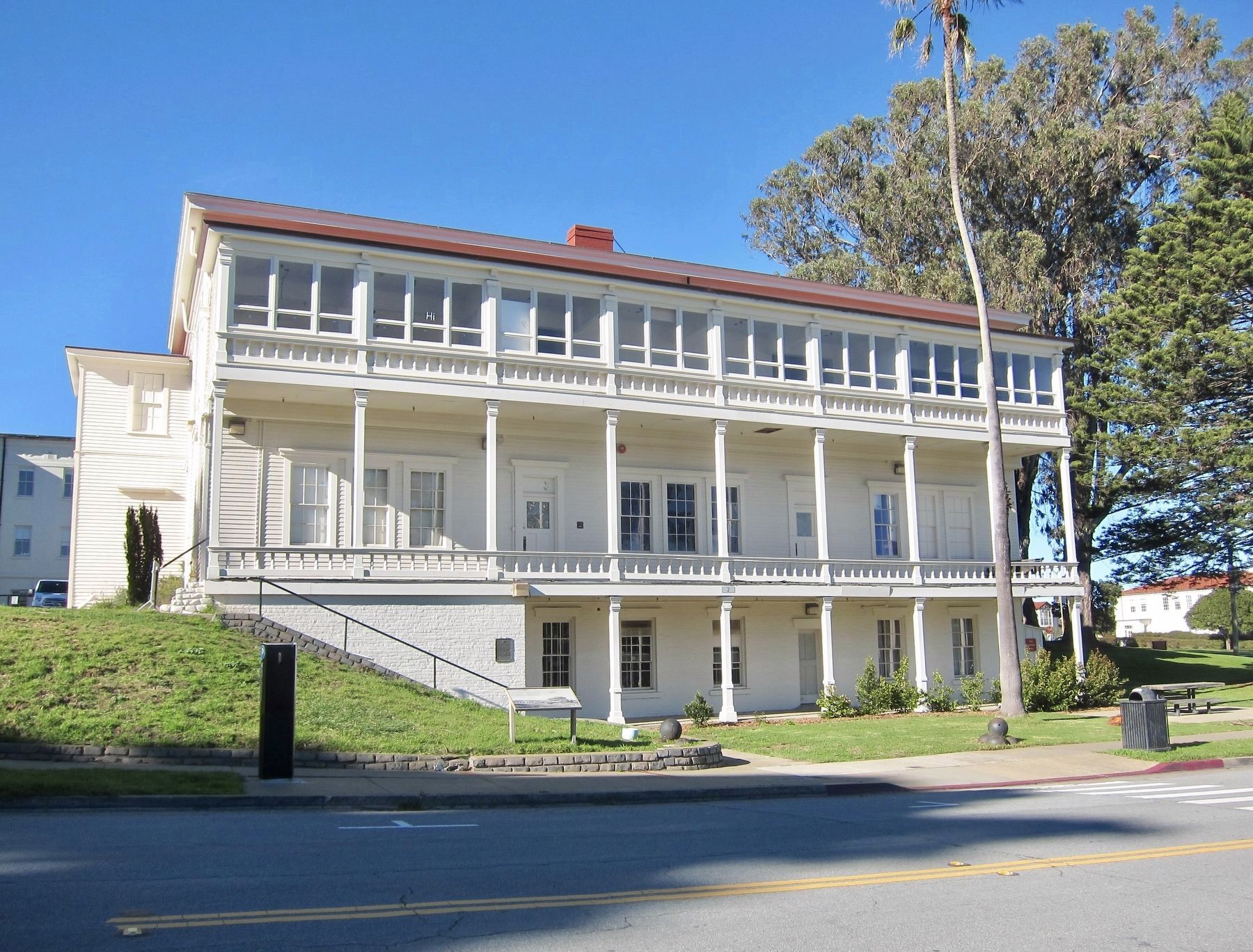 By Andrew Ruppenstein, December 26, 2015
2. Old Station Hospital Marker - wide view
"Constructed during the Civil War, the Post Hospital is one of the oldest standing buildings on the Presidio. It served as the first general hospital on the Presidio, Wright General Hospital. After being downgraded to a post hospital after the war in 1865, the original facility was expanded from 10 rooms, plus kitchen and dining room, to four wards, plus prisoner ward and morgue. In 1897, an octagonal surgical tower with windows on all sides was added to provide a well-lit operating room. Patients had use of a hospital library, and a vegetable garden and milk cow supplied the kitchen.After Letterman General Hospital opened in 1899, the building was used as a dentist office, post dispensary and drug rehabilitation center. It housed the Presidio Army Museum from 1974 until February 2000." - National Park Service

The marker is visible here mounted to the wall of the former hospital building.