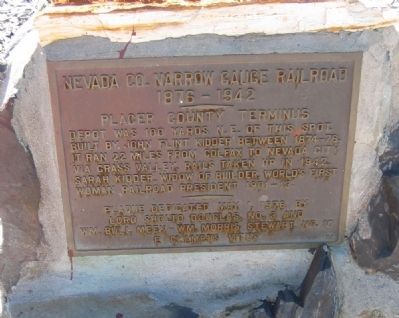 Topics and series. This historical marker is listed in these topic lists: Industry & Commerce • Railroads & Streetcars • Settlements & Settlers • Women. In addition, it is included in the E Clampus Vitus series list. A significant historical year for this entry is 1942.

Location. 39° 6.011′ N, 120° 57.159′ W. Marker is in Colfax, California, in Placer County. Marker is on East Grass Valley Street, on the right when traveling south. Marker is located at the entrance to the AMTRAK Station. Touch for map. Marker is in this post office area: Colfax CA 95713, United States of America. Touch for directions.

Other nearby markers. At least 8 other markers are within walking distance of this marker. Colfax (here, next to this marker); Schuyler Colfax (a few steps from this marker); Robert G. Fowler - Colfax 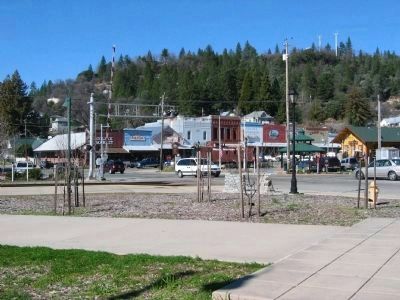 Related markers. Click here for a list of markers that are related to this marker. Click on “Click to map all markers shown on this page” to view marker placements from Nevada City to Colfax. 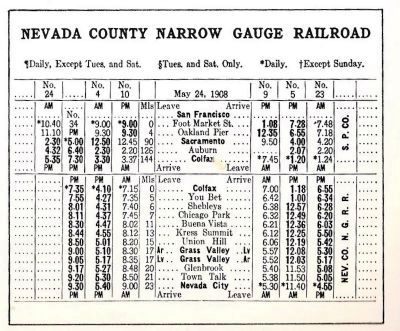