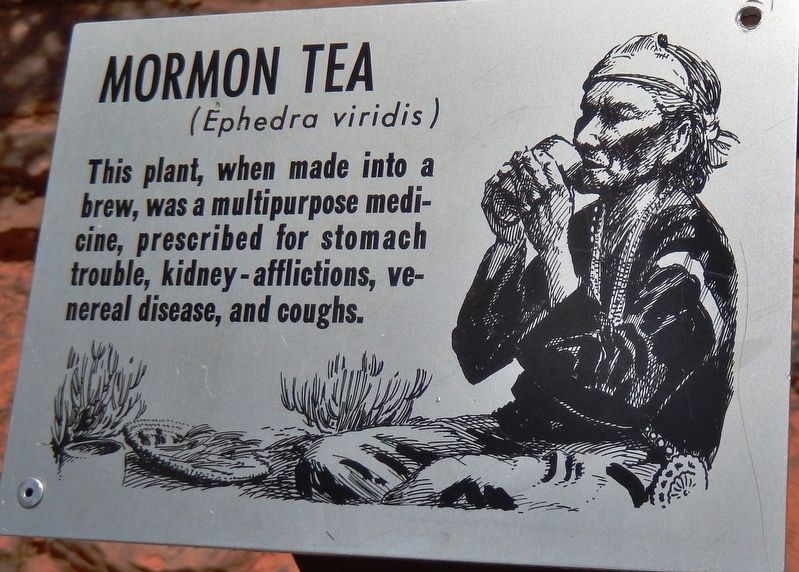 By Cosmos Mariner, May 24, 2016
1. Mormon Tea Marker
Inscription.
Mormon Tea. Ephedra viridis. This plant, when made into a brew, was a multipurpose medicine, prescribed for stomach trouble, kidney afflictions, venereal disease, and coughs. . This historical marker is Near Shonto in Navajo County Arizona

This plant, when made into a brew, was a multipurpose medicine, prescribed for stomach trouble, kidney afflictions, venereal disease, and coughs.

Location. 36° 40.804′ N, 110° 32.083′ W. Marker is near Shonto, Arizona, in Navajo County. Marker can be reached from the intersection of Arizona Route 564 and County Route 221. Marker is located along the Sandal Trail, about 1/2 mile northeast of the Navajo National Monument Visitor Center. Touch for map. Marker is in this post office area: Shonto AZ 86054, United States of America. Touch for directions.

Related markers. Click here for a list of markers that are related to this marker. Sandal Trail, Navajo National 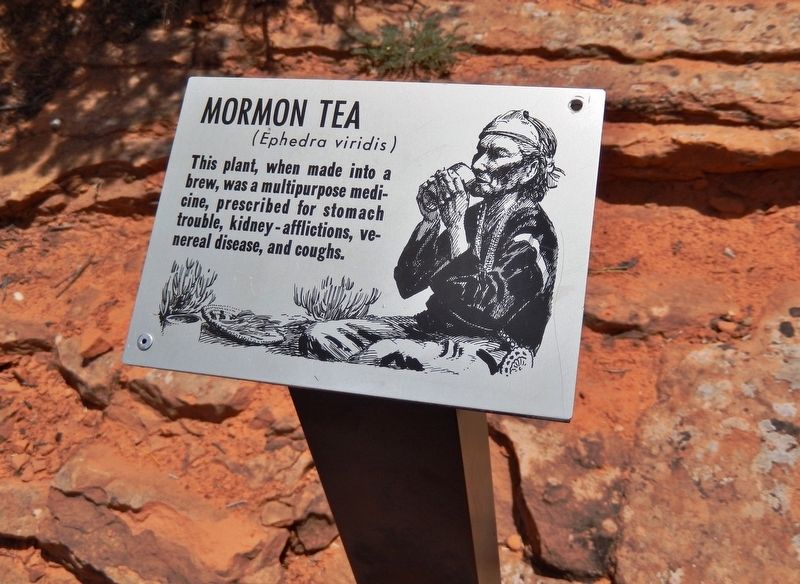 Also see . . .  Ephedra viridis (Wikipedia). The drug ephedrine, an antidepressant and decongestant, is made from this and other Ephedra species. A tea can be made by boiling the stems, whence the common name, "green Mormon tea". (Submitted on January 13, 2020, by Cosmos Mariner of Cape Canaveral, Florida.) 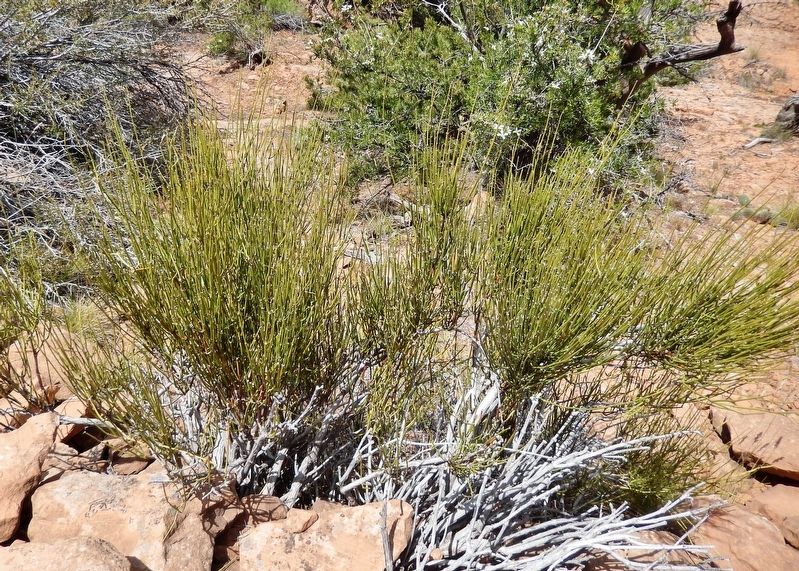 By Cosmos Mariner, May 24, 2016
3. Mormon Tea (Ephedra viridis)
(located beside the trail, near marker)
More. Search the internet for Mormon Tea.