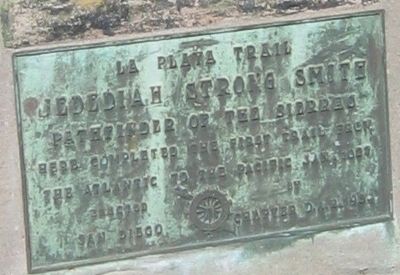 Photographed By Syd Whittle, March 18, 2006
1. La Playa Trail Marker
Inscription.
La Playa Trail. Jedediah Strong Smith.
Pathfinder of the Sierras Here completed the first trail from The Atlantic to the Pacific, Jan. 1827 . . This historical marker was erected in 1945 by San Diego Chapter – D.A.R.. It is in San Diego in San Diego County California

Pathfinder of the Sierras
Here completed the first trail from
The Atlantic to the Pacific, Jan. 1827

Topics and series. This historical marker is listed in these topic lists: Exploration • Roads & Vehicles. In addition, it is included in the Daughters of the American Revolution (DAR) series list. A significant historical month for this entry is January 1827. 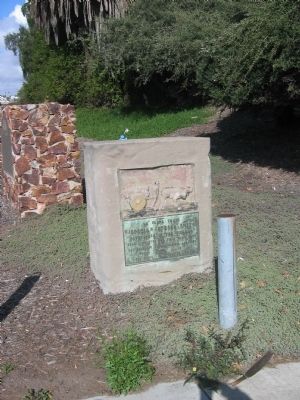 Also see . . .
1. Jedediah Smith. "I wanted to be the first to view a country on which the eyes of a white man had never gazed and to follow the course of rivers that run through a new land." (Submitted on December 17, 2008, by Syd Whittle of Mesa, Arizona.)

2. Discovering The Lost Legacy of Jedediah Smith. His journeys through the west covered more miles than Lewis & Clark, without any monetary support from the government, over an eight- year period. So why isn’t Jed Smith as famous as Jim Bridger, Kit Carson, or Lewis and Clark? The main reason for Smith’s relative obscurity is that his story remained hidden for so many years before it was romanticized after his tragic demise. Facts about his life and travels were slow to surface. It wasn’t until a hundred years after his death that a truly scholarly biography was written about Smith by Maurice L. Sullivan, in 1931. (Submitted on December 17, 2008, by Syd Whittle of Mesa, Arizona.) 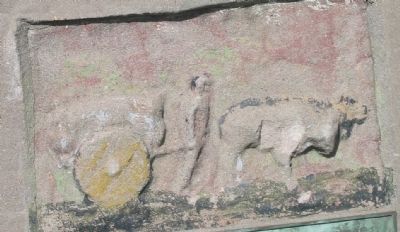