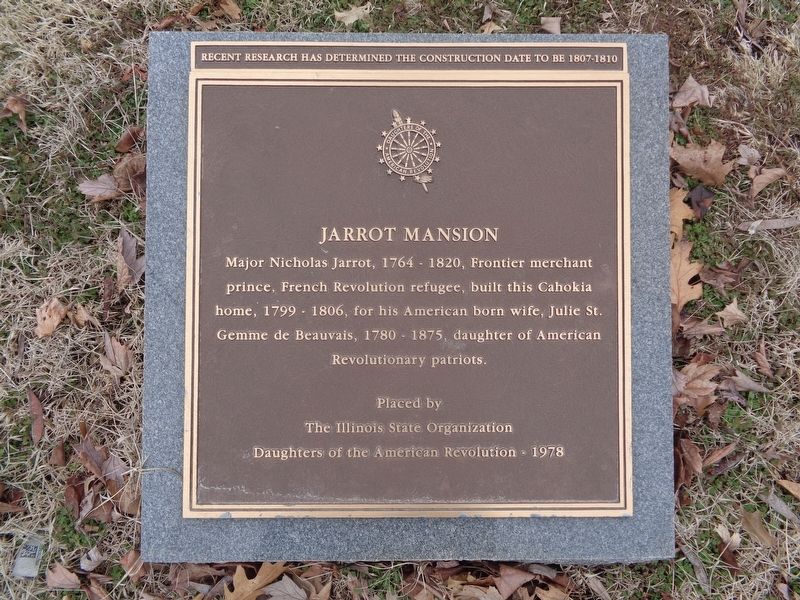 [On top:]
Recent research has determined the construction date to be 1807-1810

Erected 1978 by The Illinois State Organization and Daughters of the American Revolution.

Topics and series. This historical marker is listed in these topic lists: Settlements & Settlers • Wars, Non-US. In addition, it is included in the Daughters of the American Revolution series list. A significant historical year for this entry is 1807.

Location. 38° 34.22′ N, 90° 11.236′ W. Marker is in Cahokia, Illinois, in St. Clair County. Marker is on East 1st Street just east of Falling Springs Road, on the right when traveling east. Marker is a ground plaque in front of the Jarrot Mansion. Touch for map. Marker is at or near this postal address: 124 East 1st Street, East Saint Louis IL 62206, United States of America. Touch for directions.

Other nearby markers. At least 8 other markers are within walking distance of this marker. A different marker also named Jarrot Mansion (here, next to this By Jason Voigt, January 31, 2020
2. Jarrot Mansion Marker
In front of the mansion