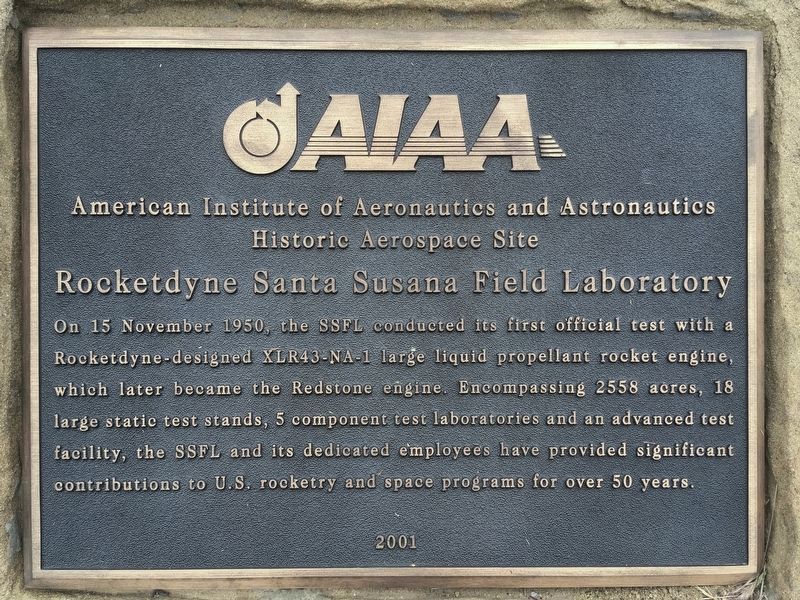 Erected 2001 by American Institute of Aeronautics and Astronautics.

Topics and series. This historical marker is listed in these topic lists: Air & Space • Science & Medicine. In addition, it is included in the AIAA Historic Aerospace Sites series list.

Location. 34° 14.149′ N, 118° 40.493′ W. Marker is near West Hills, California, in Los Angeles County. Marker is on Facility Road south of Woolsey Canyon Road, on the left when traveling south. Located in the SSFL property, only open during occasional tours by the current owner, Boeing. Touch for map. Marker is in this post office area: West Hills CA 91307, United States of America. Touch for directions. 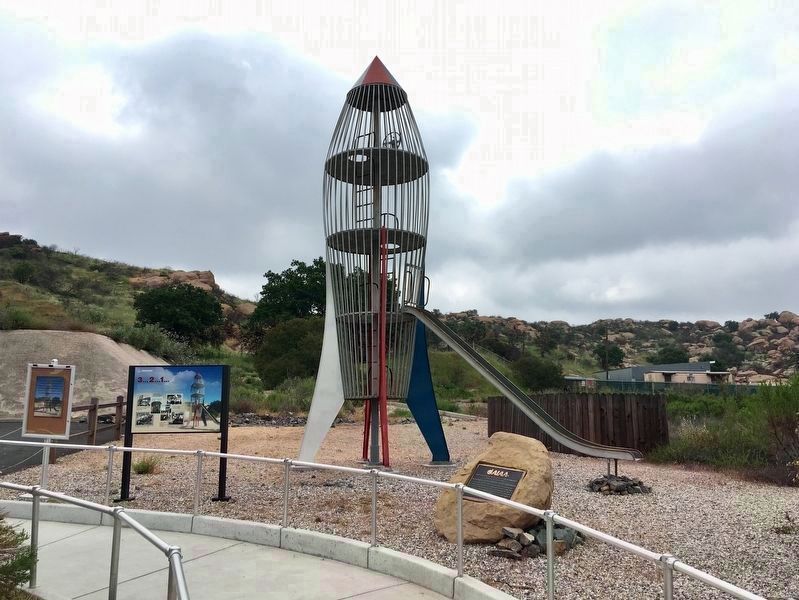 More about this marker. This marker is a replica of the original marker now located at Aerojet Rocketdyne in Canoga Park.

Regarding Rocketdyne Santa Susana Field Laboratory. The Santa Susana Field Laboratory was a research facility used mainly for the testing of rocket engines from 1949 to 2006, and nuclear reactors from 1953 to 1980. The site ended research operations in 2006. The years of rocket testing and nuclear reactor testing have left the site significantly contaminated. Environmental cleanup is ongoing.

Related marker. Click here for another marker that is related to this marker. — The original marker at Aerojet Rocketdyne in Canoga Park. 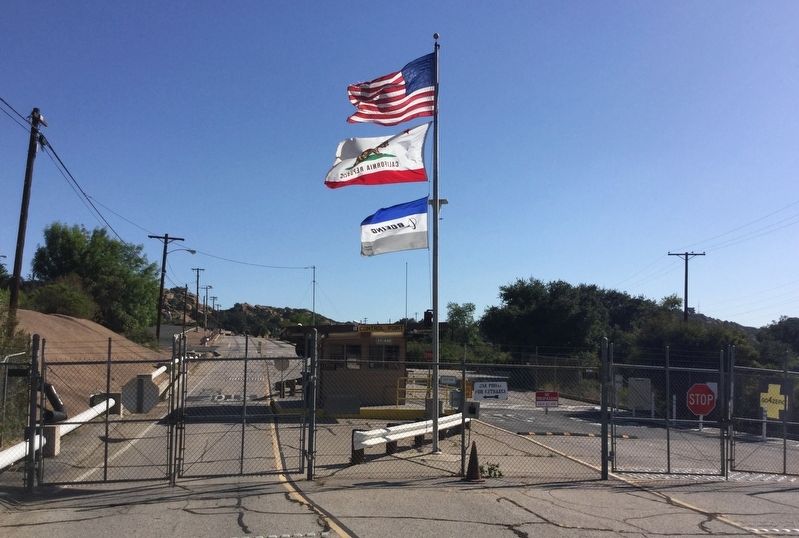 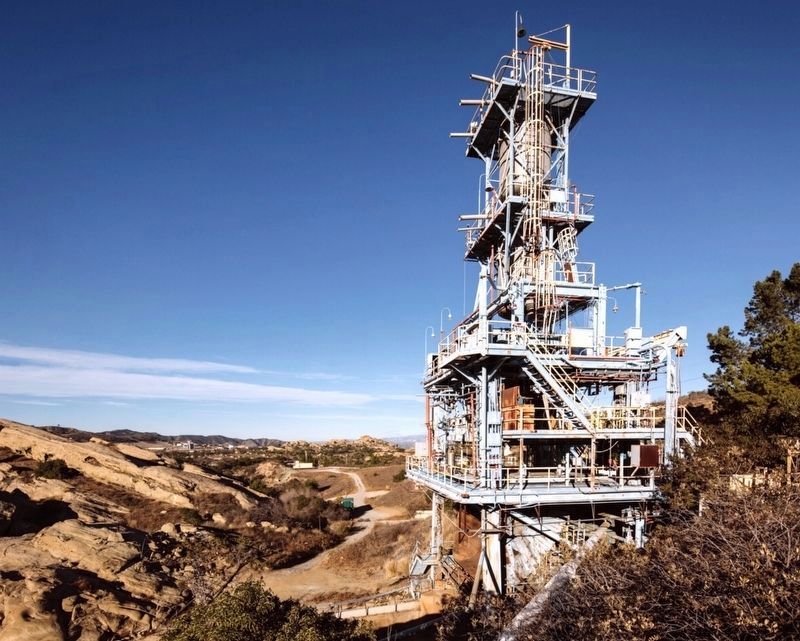