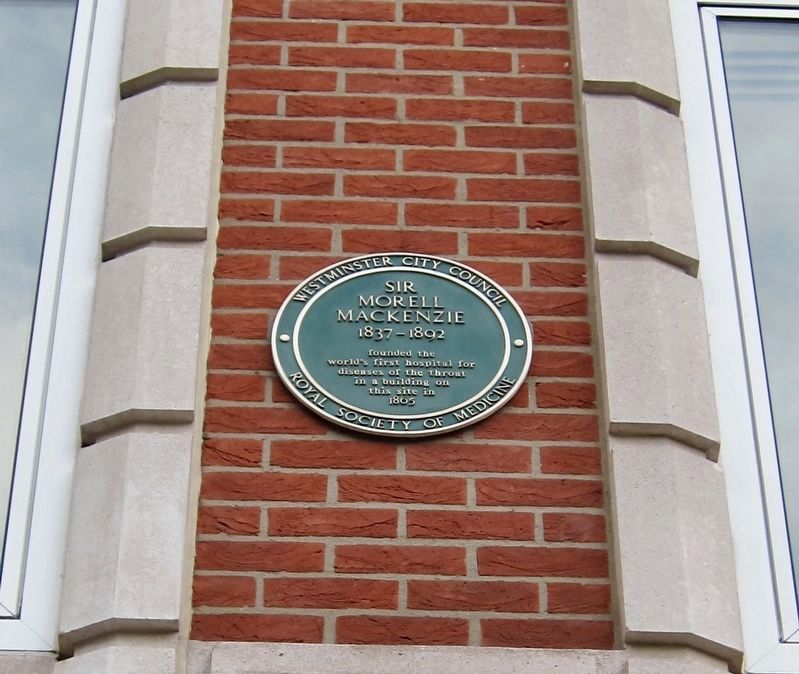 Photographed By Andrew Ruppenstein, October 12, 2017
1. Sir Morell MacKenzie Marker
Inscription.
Sir Morell MacKenzie, 1837 - 1892, founded the world's first hospital for diseases of the throat in a building on this site in 1865. . This historical marker was erected in 1995 by Westminster City Council, Royal Society of Medicine. It is in City of Westminster in Greater London England United Kingdom

Topics. This historical marker is listed in this topic list: Science & Medicine. A significant historical year for this entry is 1837. 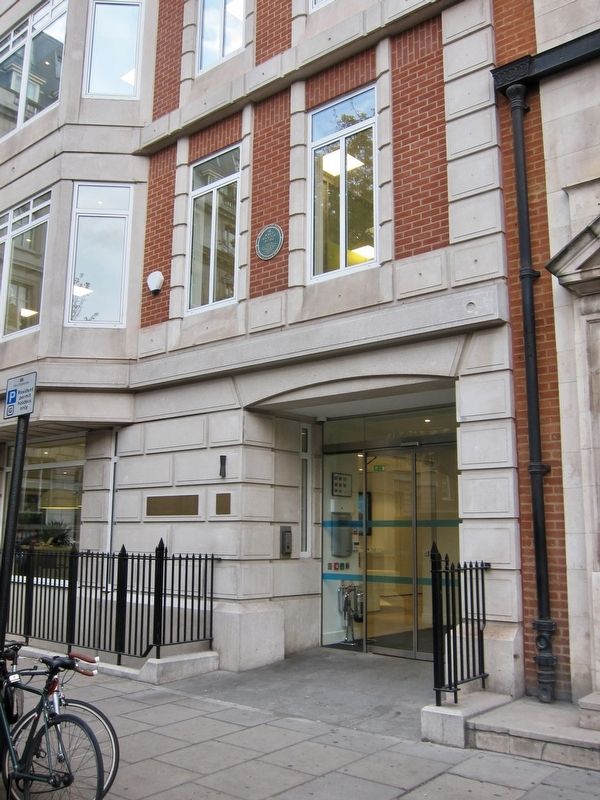 More about this marker. The marker is located on the north side of Golden Square, mounted to the exterior of 33 Golden Square.

Also see . . .  Morell MacKenzie (Wikipedia). "Sir Morell Mackenzie (7 July 1837 – 3 February 1892) was a British physician, one of the pioneers of laryngology in the United Kingdom....In 1863 the Hospital for Diseases of the Throat in King Street, Golden Square, was founded, largely owing to his initiative, and by his work there and at the London Hospital (where he was one of the physicians from 1866 to 1873) Morell Mackenzie rapidly became recognized throughout Europe as a leading authority, and acquired an extensive practice. A plaque at 32 Golden Square, unveiled in May 1995, commemorates the original hospital." (Submitted on February 6, 2020.) 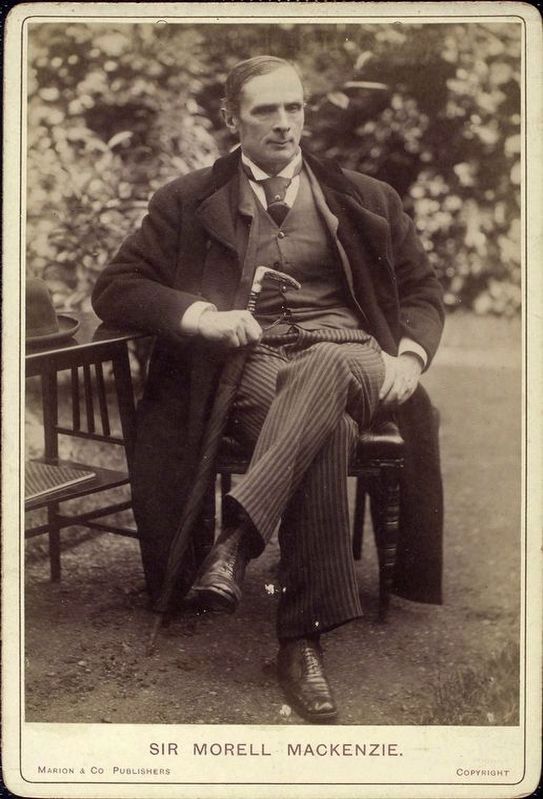