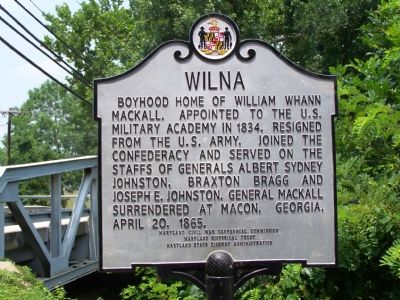 Boyhood home of William Whann Mackall. Appointed to the U. S. Military Academy in 1834. Resigned from the U. S. Army, joined the Confederacy and served on the staffs of Generals Albert Sydney Johnston, Braxton Bragg and Joseph E. Johnston. General Mackall surrendered at Macon, Georgia, April 20, 1865. 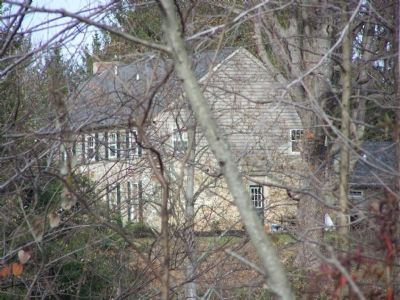 Additional comments.
1. History of the current structure
The Maryland Historic Trust Historic Sites Survey says the following, probably written in the 1980s, "Twice destroyed by fire within the last ten years, it is now nearly impossible to authenticate the 1740 date usually ascribed to this stone house. The north, three-bay half is probably older and had corne rbrick fireplaces on each floor, with a side hall-double parlor plan, an arrangement not usually found at that early a date. The south, two bay wing had a single fireplace on each floor and a one-room plan. A four-bay kitchen wing, also built in two states, extends from the east side of the house."

While the historic photographs show an entirely stone house, recent ones show a combination of stucco and siding. The footprint occupied by the house, as seen in aerial photographs, is consistent with the shape of the historic structure. The Maryland Department of Assessments describes 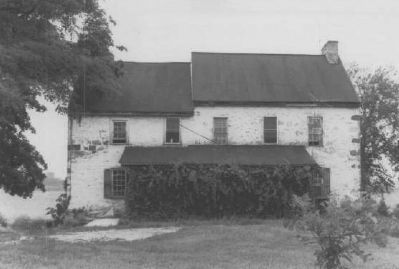 Maryland Historical Trust (Historic Sites Survey)
3. Historic view of Wilna
This is the southwest side of the house.
the property as a 1680 house of the "1/2 stucco siding" type (the date is rather off, but this establishes that it is, at least to some extent, a historic house).

All of this leads one to conclude that at some time after the fire, a rather extreme renovation of the house was executed. It is not clear how much of the historic fabric of the house remains, though, from the recent photograph, one might conclude that the amount of original material remaining is quite small.
— Submitted March 4, 2008, by Christopher Busta-Peck of Shaker Heights, Ohio. 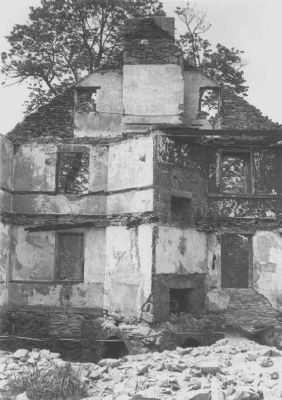 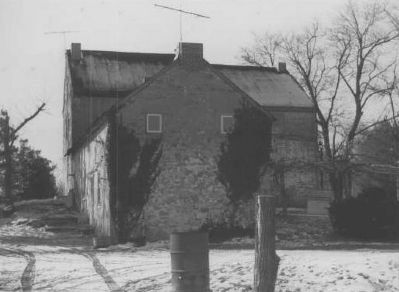 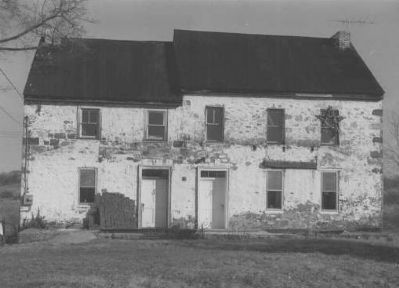 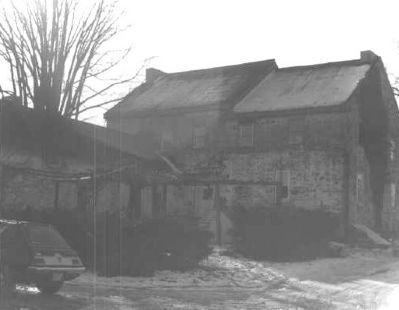 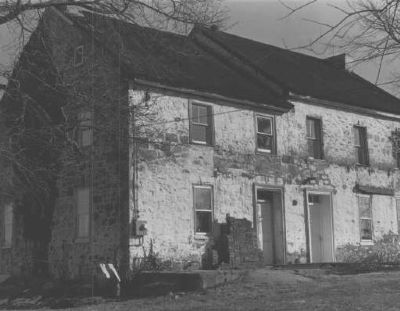 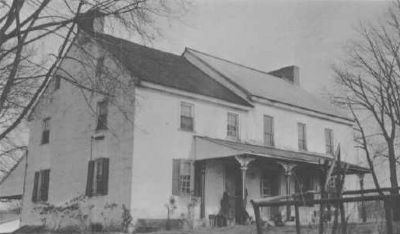