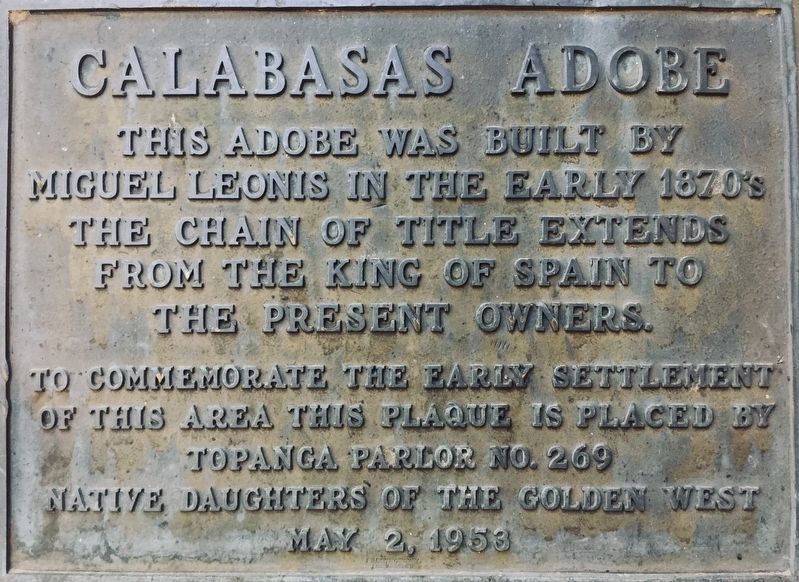 Photographed By Craig Baker, June 1, 2018
1. Adobe Marker
Inscription.
Leonis Adobe. Calabasas Adobe. , This adobe was built by Miguel Leonis in the early 1870's. , The chain of title extends from the King of Spain to the present owners. , Leonis Adobe, 1844 - 1846. , Declared Historic Cultural Monument No. 1 , by the Cultural Heritage Board, Municipal Art Department, City of Los Angeles. . This historical marker was erected in 1953 by Native Daughters of The Golden West, and City of Los Angeles.. It is in Calabasas in Los Angeles County California

This adobe was built by Miguel Leonis in the early 1870's.
The chain of title extends from the King of Spain to the present owners.

Erected 1953 by Native Daughters of The Golden West, and City of Los Angeles. (Marker Number 1.)

Topics and series. This historical marker is listed in these topic lists: Hispanic Americans • Settlements & Settlers. In addition, it is included in the City of Los Angeles Historic-Cultural Monuments, and the Native Sons/Daughters of the Golden West series lists.

Location. 34° 9.455′ N, 118° 38.415′ W. Marker is in Calabasas, California, in Los Angeles County. Marker can be reached from Calabasas Road west of Valley Circle Boulevard, on the right when traveling west. Touch for map. Marker is at or near this postal address: 23537 Calabasas Road, Calabasas CA 91302, United States of America. Touch for directions. 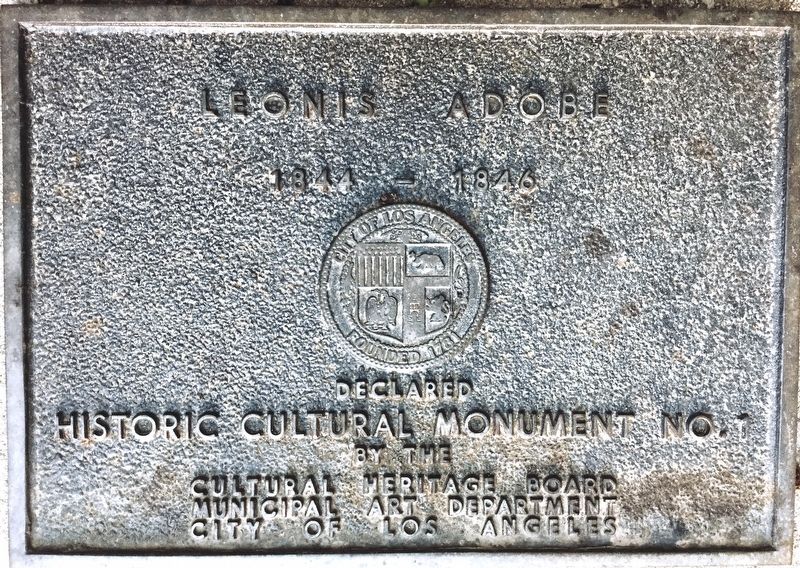 More about this marker. The marker is located under a tree next to the adobe. The museum and grounds are open Friday 1-4, Saturday 10-4, Sunday 1-4. 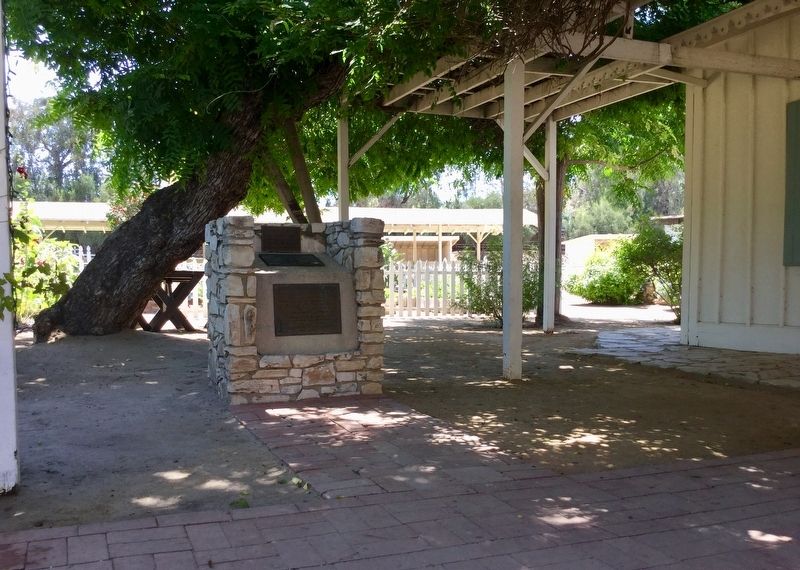 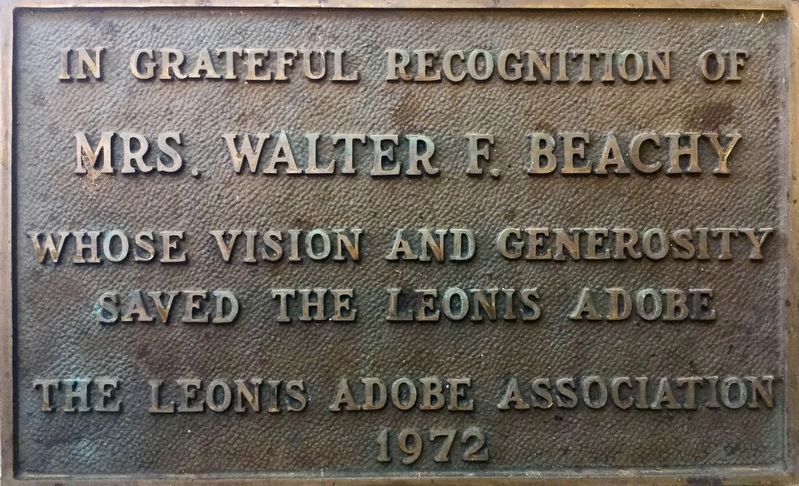 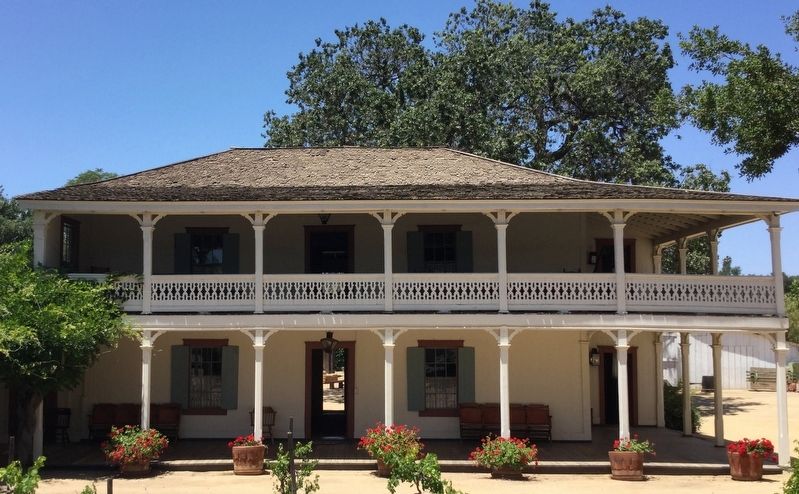 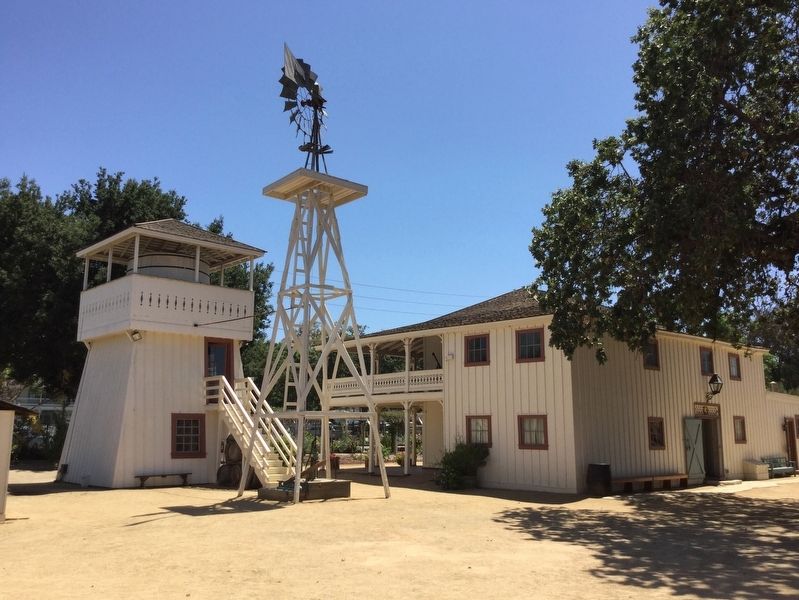 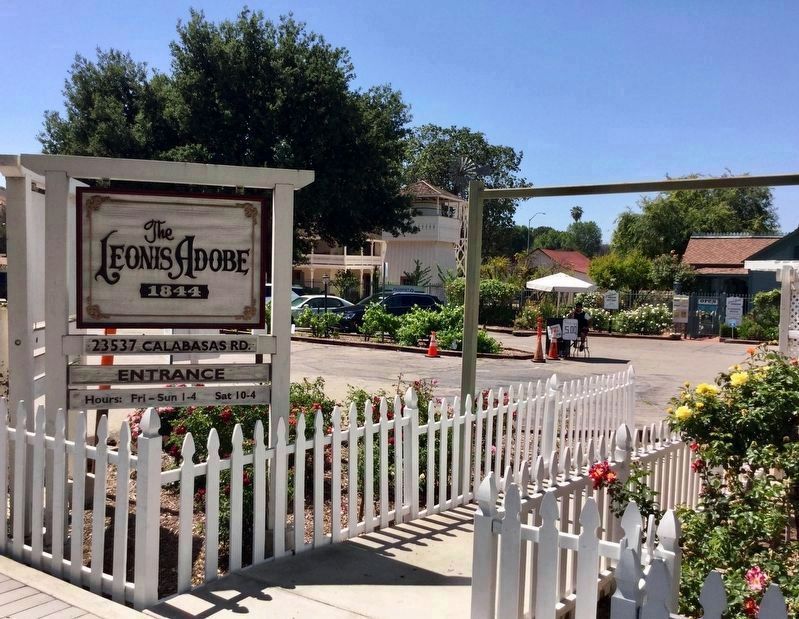 Photographed By Craig Baker, June 1, 2018
7. Leonis Adobe
Adobe visitors do not pay the parking fee. There is a small charge for museum admission. 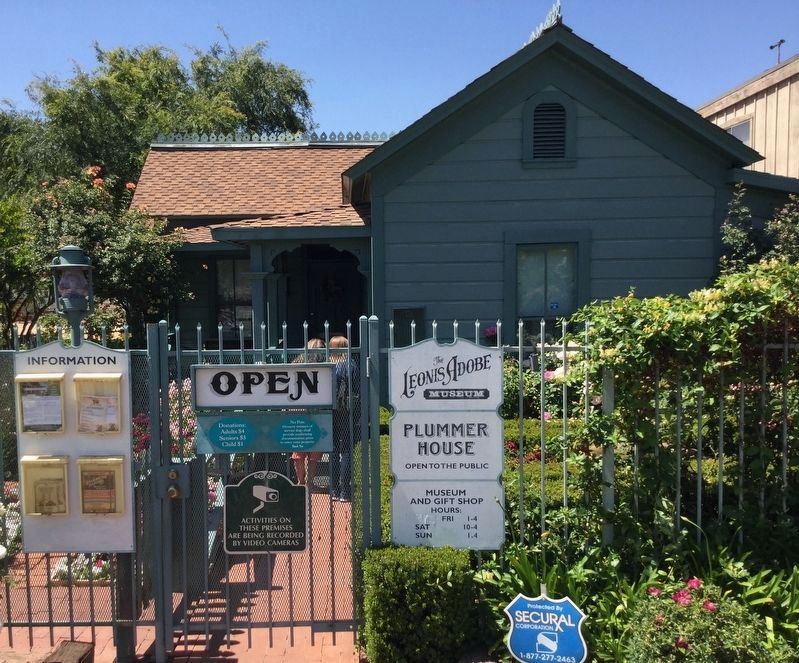 Photographed By Craig Baker, June 1, 2018
8. Visitor Center
Entrance is through the Plummer House, built in the 1870s, moved here from Hollywood in 1983. 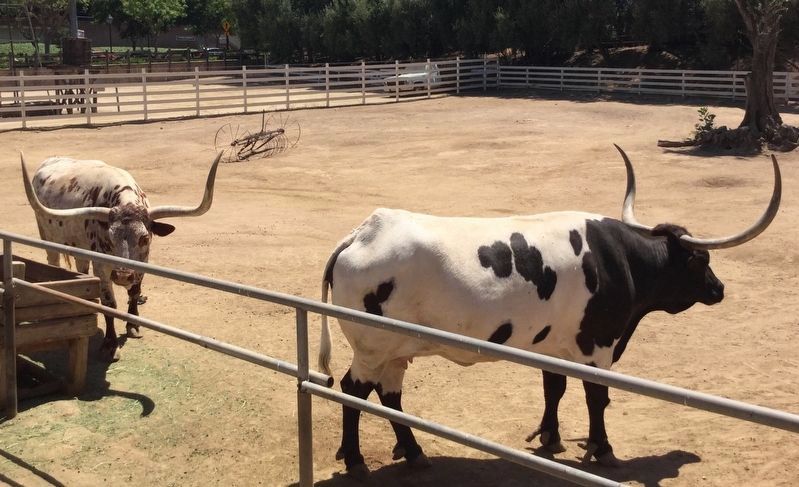 Photographed By Craig Baker, June 1, 2018
9. Longhorn Cattle
The oldest breed of cattle in North America, introduced in 1493. Ranch animals are part of the museum, representing a ranch yard of the 1880’s. 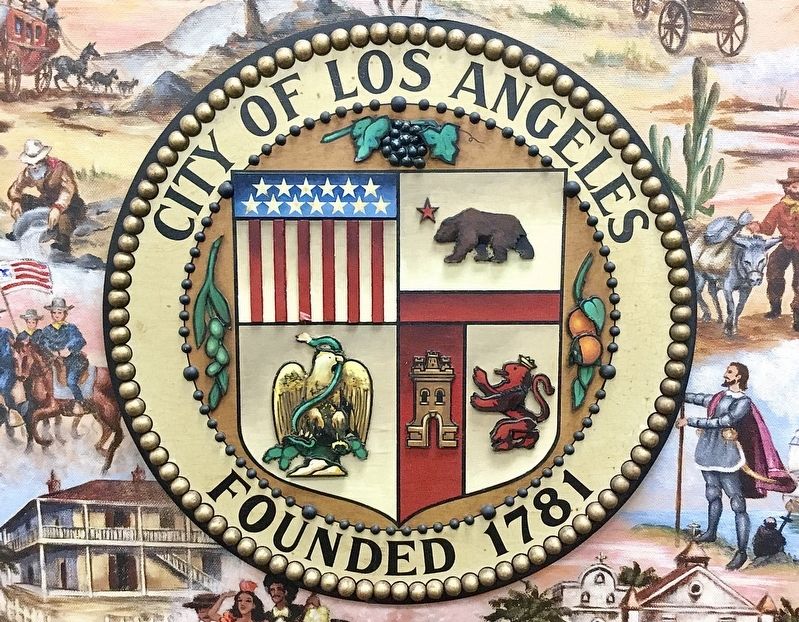