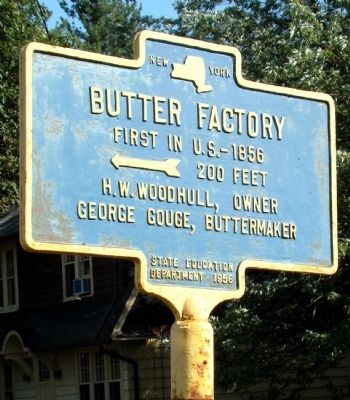 More about this marker. In March 2019, the Orange County Historian reported that the marker was stolen off of the stone monument. 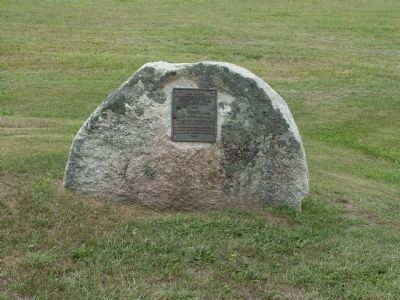 By Clifton Patrick, August 21, 2010
2. Butter Factory Tablet Mounted on Stone.
Inscription:
This spring, with an abundance of cool water, determined the site of the first butter factory in the United States
1856

This monument was placed here through the courtesy of the :
Town of Hamptonburgh, Orange County
Hamptonburgh Grange No. 950
Cornell Dairy Science Association
1956
This claim of the first being the first butter factory in the United States may be challenged, for in his 1980 book, “Sugar Loaf Its History Mystery And Magic 1703-1980,” Professor Richard W. Hull wrote that: Minard Sutton, who lived on Wood Road, Sugar Loaf, NY, established a creamery here in about 1855, and built the first modern cheese factory in Orange County. Sutton led the area's farmers into the New York metropolitan milk market and was instrumental in forming the Warwick Valley Rail Road in 1859. 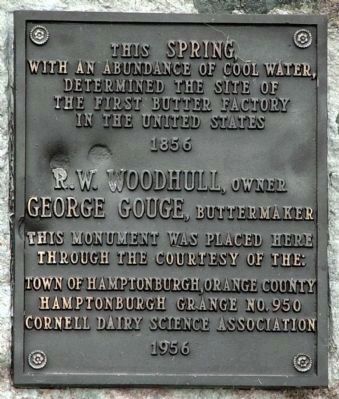 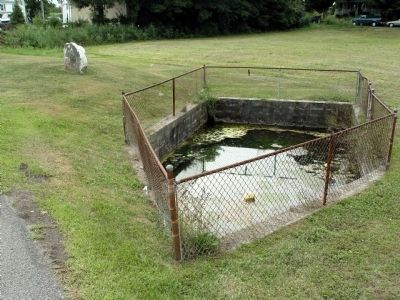 By Clifton Patrick, August 21, 2010
4. Spring That Cause this Butter Factory to be Sited Here. 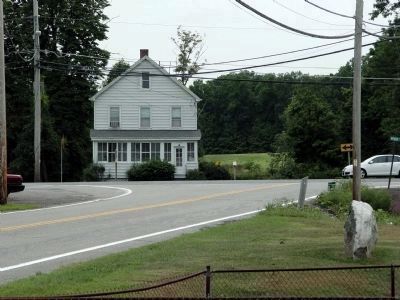