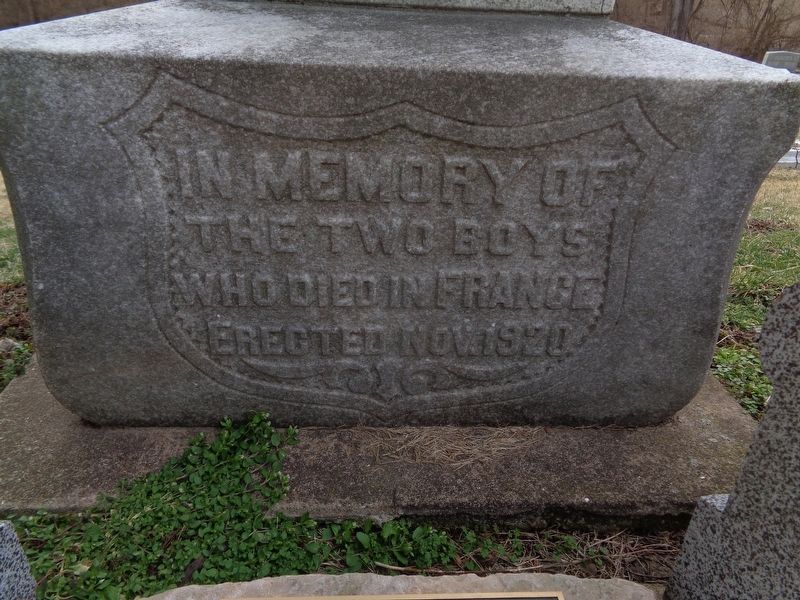 By Jason Voigt, February 27, 2020
1. WWI Monument
Inscription.
World War I Memorial. .
In memory of the two boys who died in France . [Supplementary plaque:]
Local Landmark world war one Monument Est. 1920. . This memorial was erected in 1920. It is in Glen Carbon in Madison County Illinois

In memory of
the two boys
who died in France

Topics and series. This memorial is listed in these topic lists: Cemeteries & Burial Sites • War, World I. In addition, it is included in the Spirit of the American Doughboy - E. M. Viquesney series list.

Location. 38° 45.009′ N, 89° 59.259′ W. Marker is in Glen Carbon, Illinois, in Madison County. Memorial can be reached from Center Street just south of West Guy Avenue, on the right when traveling south. It is located at Glen Carbon Cemetery, at Section A, Row K. Touch for map. Marker is at or near this postal address: 144 Center Street, Glen Carbon IL 62034, United States of America. Touch for directions. 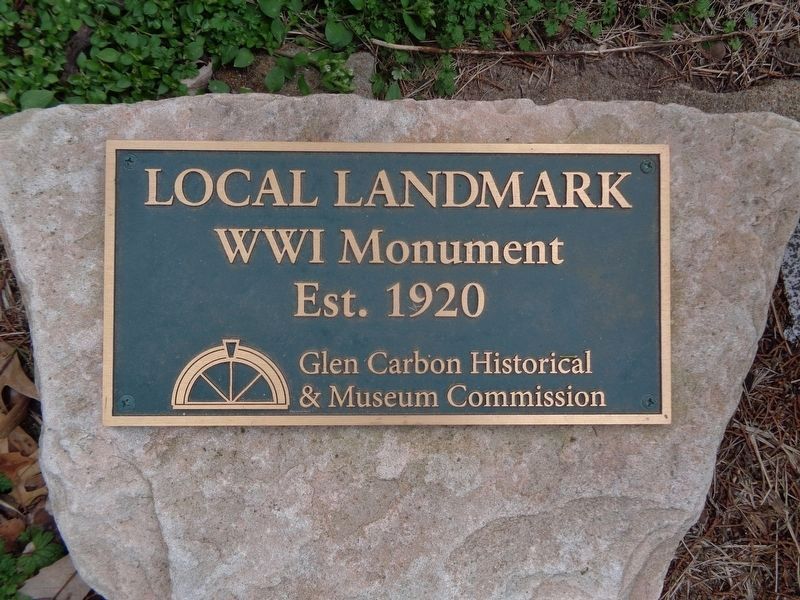 Regarding World War I Memorial. In 1919, two young Glen Carbon men were killed during a battle in France during World War I. A committee of village citizens raised funds through donations, carnivals and dances to honor these men. In November of 1920, the Doughboy Statue was erected in Glen Carbon Cemetery to stand guard over the graves of Emil Trentaz and Harry G. Seaton. The exact date of their deaths is unknown. Seaton's extended family is buried near him.

In commemoration of the 100 anniversary of the United States entering World War I - as well as Glen Carbon's Quasquicentennial Celebration, a re-dedication of this memorial was held on September 16, 2017. The recently restored and cleaned statue was unveiled that day. 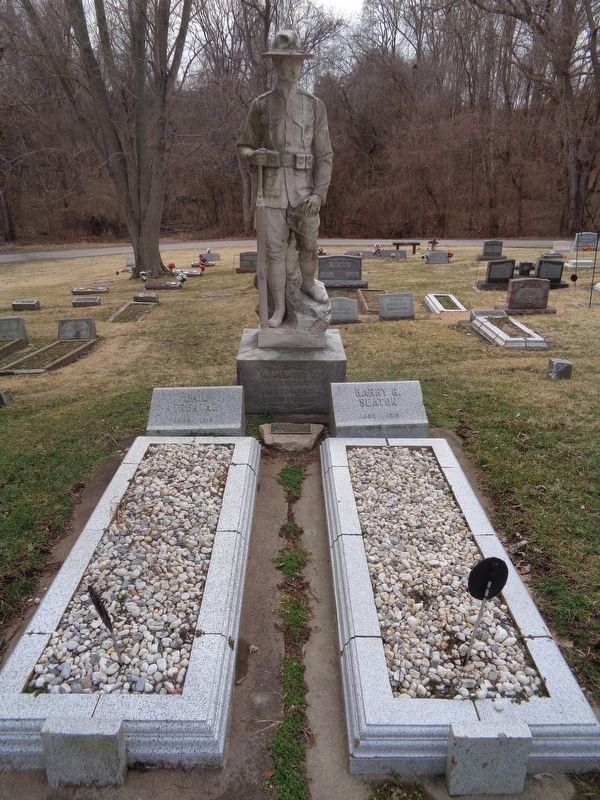