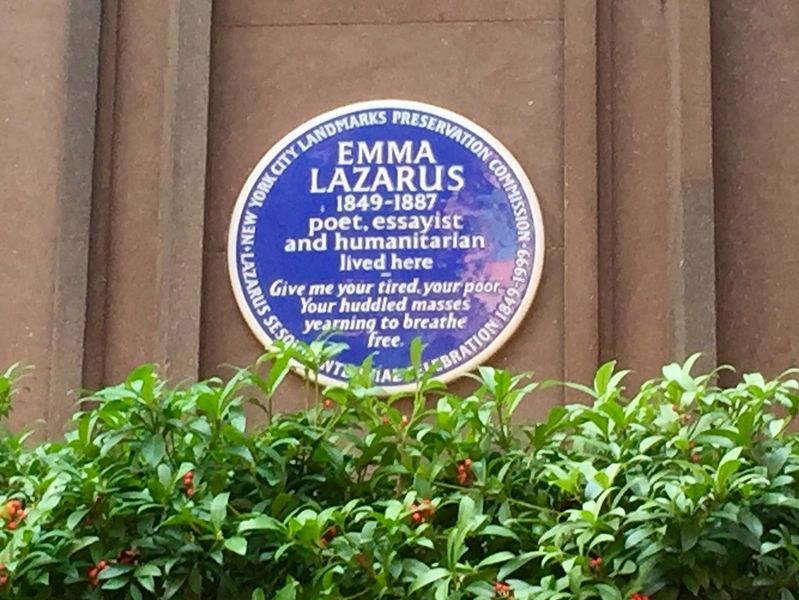 Give me your tired, your poor,
Your huddled masses
yearning to breathe
free

Topics. This historical marker is listed in these topic lists: Arts, Letters, Music • Charity & Public Work • Women. A significant historical year for this entry is 1849. 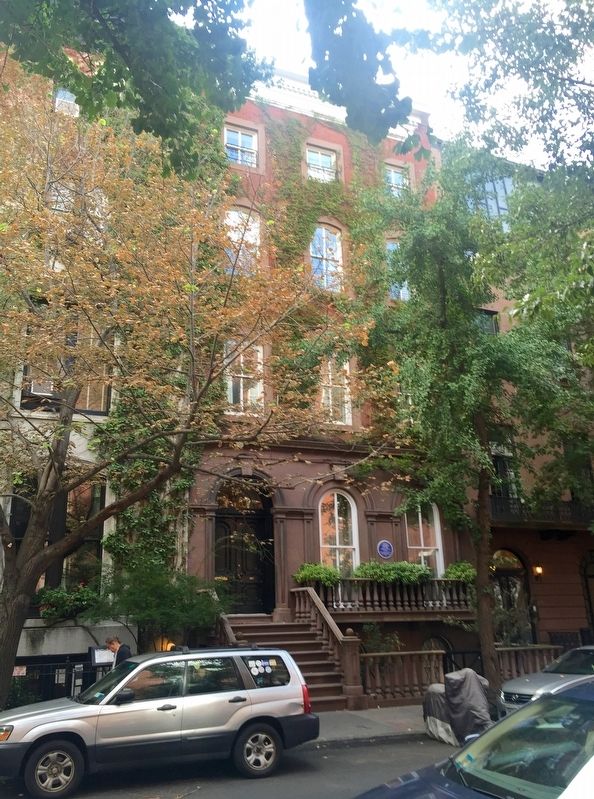 Click or scan to see
this page online
(about 400 feet away); First Presbyterian Church (about 500 feet away); Winfield Scott House (about 600 feet away). Touch for a list and map of all markers in New York.

Regarding Emma Lazarus. The house is listed in the "American Institute of Architecture (AIA) Guide to New York City, Fifth Edition".

2. Emma Lazarus (National Park Service). Born on July 22, 1849 in New York City to a wealthy sugar refining family of Portuguese Sephardic Jewish descent, Emma Lazarus was the poet who wrote "The New Colossus." Aside from writing, Lazarus was also involved in charitable work for refugees. At Ward's Island, she worked as an aide for Jewish immigrants who had been detained by Castle Garden immigration officials. She was deeply moved by the plight of the Russian 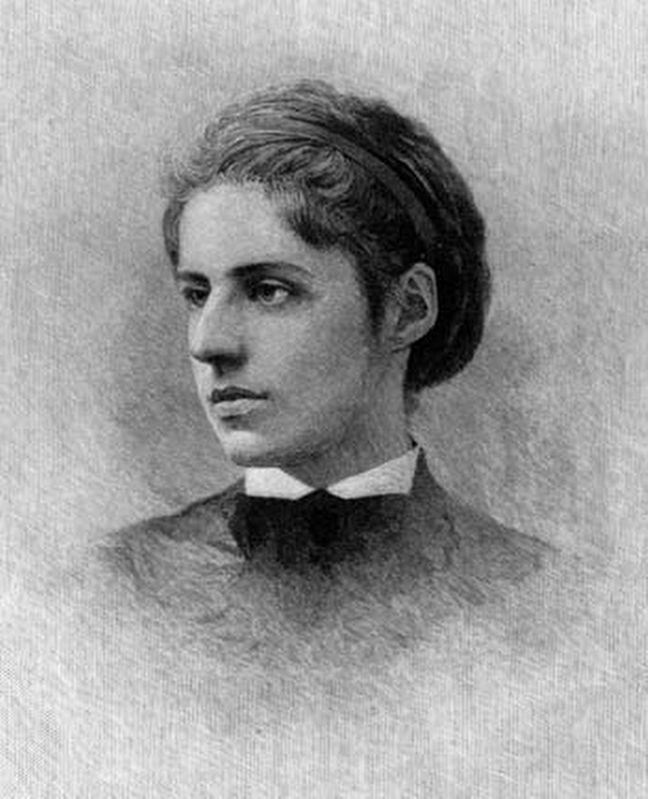 Photographed By Thomas Johnson, circa 1882
3. Emma Lazarus Marker
Jews she met there and these experiences influenced her writing.... (Submitted on October 12, 2016.)

3. Emma Lazarus: Featuring Interview with Ken Burns (Youtube.com, 2 mins.). One of the 18 pieces created for permanent exhibit "Only In America", at the National Museum of American Jewish History. (Submitted on October 12, 2016.)