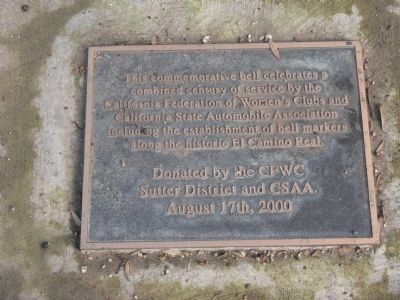 This commemorative bell celebrates a combined century of service by the California Federation of Women’s Clubs and California State Automobile Association including the establishment of bell markers along the historical El Camino Real.

Topics and series. This historical marker is listed in these topic lists: Communications • Roads & Vehicles • Settlements & Settlers • Women. In addition, it is included in the El Camino Real, “The King's Highway” (California), and the Historic Bells 🔔 series lists.

Other nearby markers. At least 8 other markers are within walking distance of this marker. Father Junipero Serra (here, next to this marker); Pioneer Camellia Grove (a few steps from this marker); The Civil War Memorial Grove 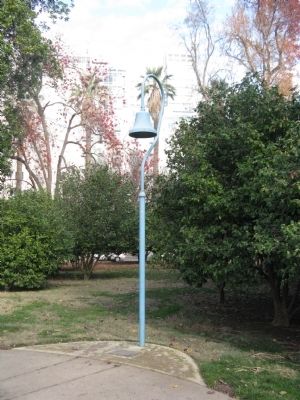