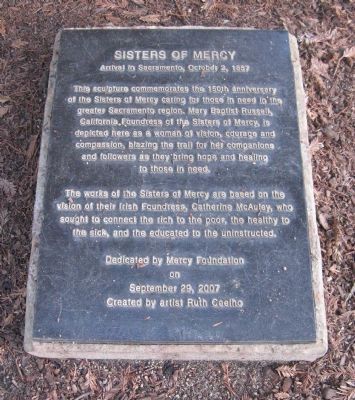 This sculpture commemorates the 150th anniversary of the Sisters of Mercy caring for those in need to the greater Sacramento region. Mary Baptist Russell, California Foundress of the Sisters of Mercy, is depicted here as a woman of vision, courage and compassion, blazing the trail for her companions and followers as they bring hope and healing to those is need.

The works of the Sisters of Mercy are based on the vision of their Irish Foundress, Catherine McAuley, who sought to connect the rich to the poor, the healthy to the sick, and the educated to the uninstructed.

Erected 2007 by The Mercy Foundation.

Location. 38° 34.616′ N, 121° 29.572′ W. Marker is in Sacramento, California, in Sacramento County. Marker and Monument are located on the grounds of the State Capital Park. Touch for map. Marker is at or near this postal address: 10th and L Streets, Sacramento CA 95814, United States of America. Touch for directions. 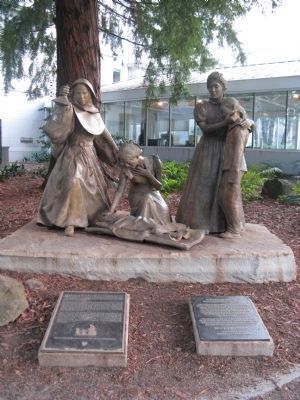 Also see . . .  History of the Sisters of Mercy in the Americas. Order Website entry (Submitted on December 29, 2008, by Syd Whittle of Mesa, Arizona.) 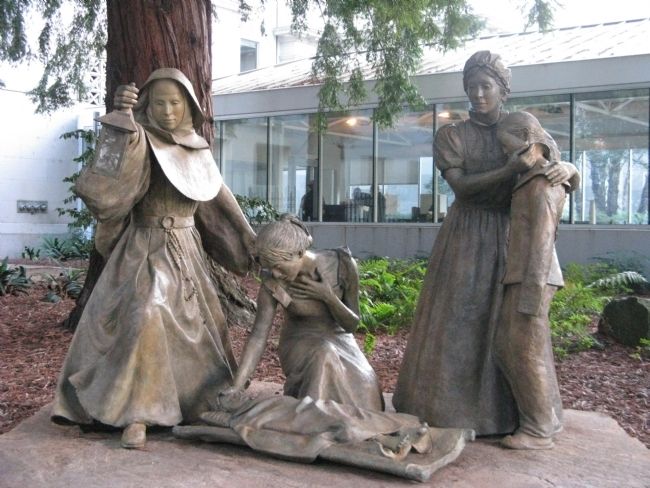