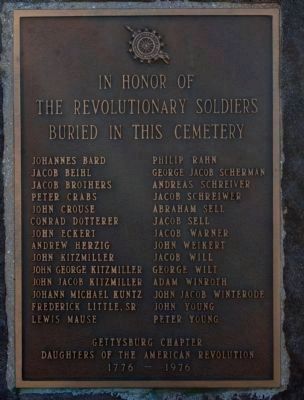 In honor of revolutionary soldiers buried in this cemetery.

Erected 1976 by Gettysburg Chapter, Daughters of the American Revolution.

Topics and series. This historical marker and memorial is listed in these topic lists: Cemeteries & Burial Sites • War, US Revolutionary 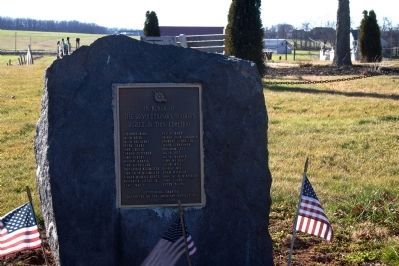 Click or scan to see
this page online
. In addition, it is included in the Daughters of the American Revolution (DAR) series list. A significant historical year for this entry is 1776.