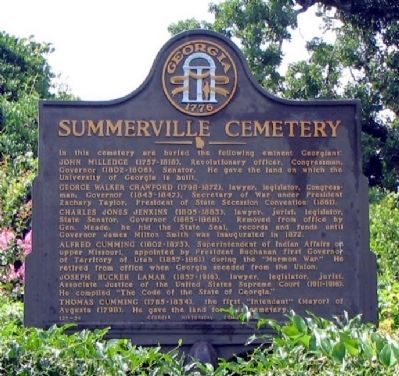 In this cemetery are buried the following eminent Georgians: 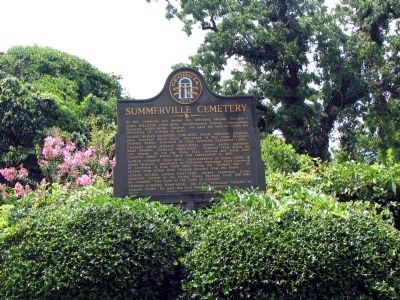 Photographed By David Seibert, July 17, 2005
2. Summerville Cemetery Marker
The monopole is hidden in the extensive landscaping.

Click or scan to see
this page online
the first “intendant” (Mayor) of Augusta (1798). He gave the land for the cemetery.

Topics and series. This historical marker is listed in these topic lists: Cemeteries & Burial Sites • Churches & Religion • Government & Politics • Native Americans. In addition, it is included in the Former U.S. Presidents: #12 Zachary Taylor, the Former U.S. Presidents: #15 James Buchanan, and the Georgia Historical Society series lists. A significant historical year for this entry is 1872. 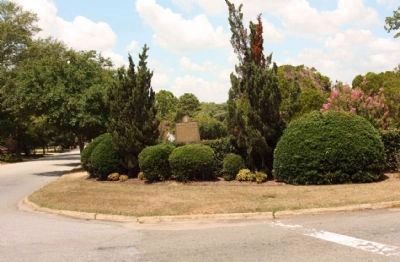 Regarding Summerville Cemetery. The cemetery has been dubbed "The Political Graveyard" for the number of important political figures buried here. 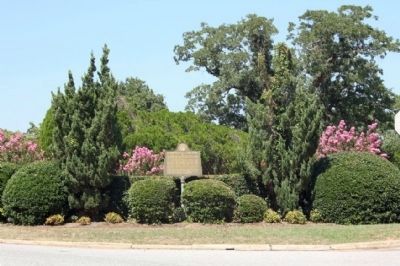