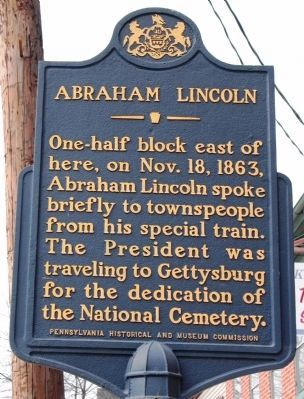 One-half block east of here, on Nov. 18, 1863, Abraham Lincoln spoke briefly to townspeople from his special train. The President was traveling to Gettysburg for the dedication of the National Cemetery.

Topics and series. This historical marker is listed in these topic lists: Cemeteries & Burial Sites • Railroads & Streetcars • War, US Civil. In addition, it is included in the Former U.S. Presidents: #16 Abraham Lincoln series list. A significant historical month for this entry is October 1880. 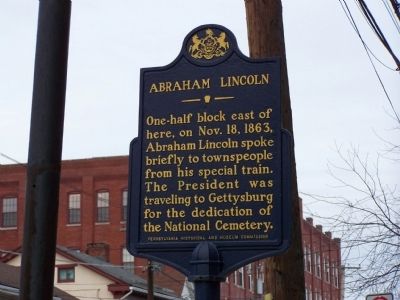 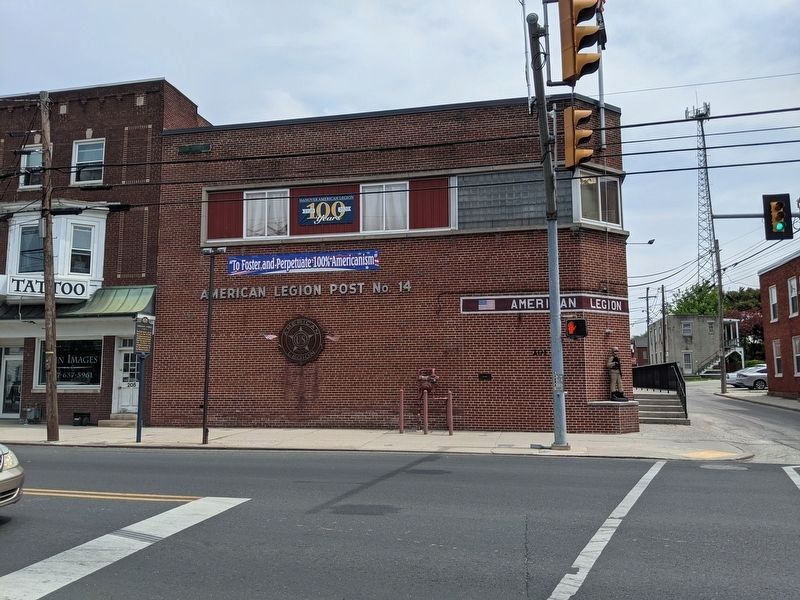 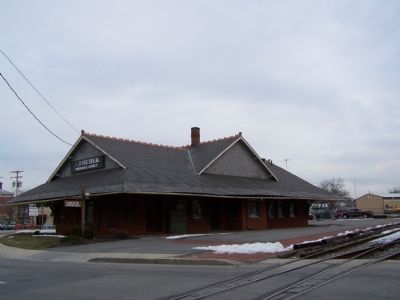 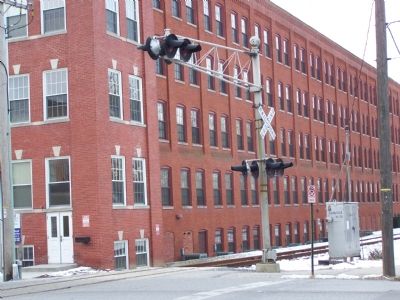