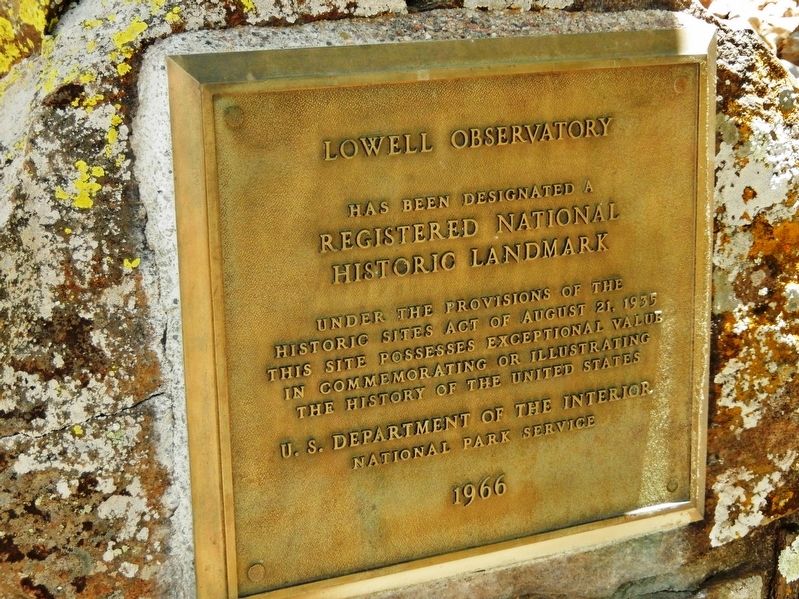 By Cosmos Mariner, May 31, 2015
1. Lowell Observatory Marker
Inscription.
Lowell Observatory. National Historic Landmark.
Lowell Observatory has been designated a Registered National Historic Landmark. Under the provisions of the Historic Sites Act of August 21, 1935 this site possesses exceptional value in commemorating or illustrating the History of The United States. U.S. Department of the Interior National Park Service 1966. . This historical marker was erected by National Park Service, U.S. Department of the Interior. It is in Flagstaff in Coconino County Arizona

Lowell Observatory
has been designated a
Registered National
Historic Landmark

Under the provisions of the
Historic Sites Act of August 21, 1935
this site possesses exceptional value
in commemorating or illustrating
the History of The United States

Topics and series. This historical marker is listed in these topic lists: Air & Space • Education • Exploration • Science & Medicine. In addition, it is included in the National Historic Landmarks series list.

Location. 35° 12.143′ N, 111° 39.843′ W. Marker is in Flagstaff, Arizona, in Coconino County. Marker can be reached from West Mars Hill Road 0.6 miles west of West Santa Fe Avenue. Marker is located on the Lowell Observatory campus. It is mounted beside the steps, just to the right of the Clark Telescope Dome entrance. Touch for map. 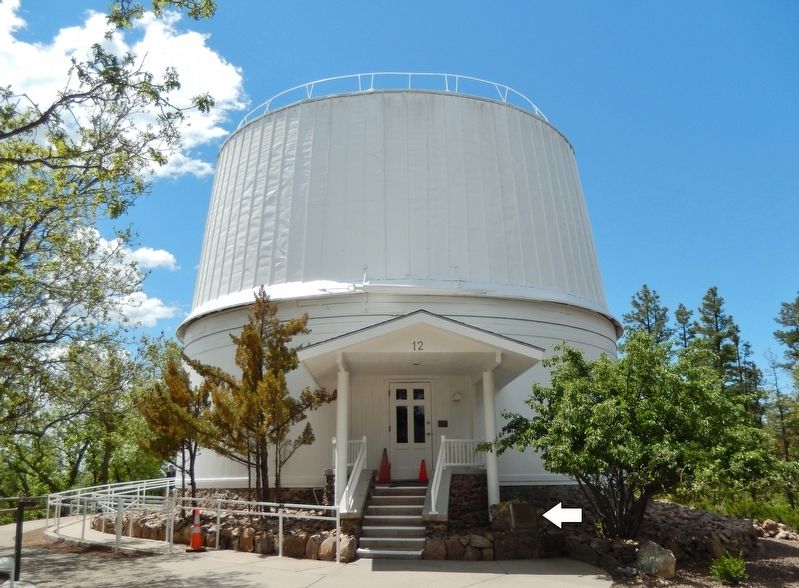 Click or scan to see
this page online
Marker is at or near this postal address: 1400 West Mars Hill Road, Flagstaff AZ 86001, United States of America. Touch for directions.

Related markers. Click here for a list of markers that are related to this marker. Lowell Observatory

Also see . . .
1. Built for Mars, but discovered Pluto. The observatory was founded by astronomer Percival Lowell. Lowell became famous after saying he saw canals on Mars through a telescope. This was later refuted with close-up images of the Red Planet, but Lowell's astronomical legacy persists in the form of the observatory. Lowell Observatory, founded in 1894, is perhaps best known for the discovery of Pluto, but that is not nearly the facility's only 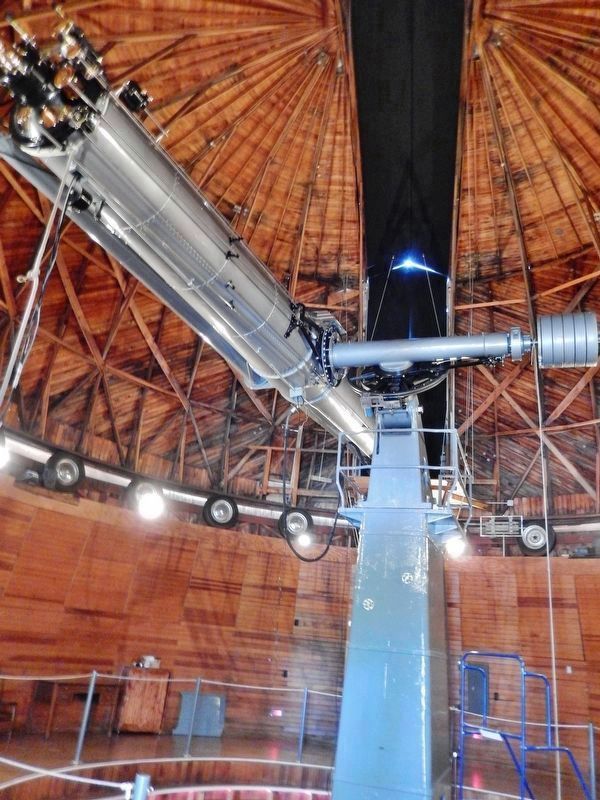 By Cosmos Mariner, May 31, 2015
3. Clark Telescope
Inside the dome, the Clark Telescope is one of the structures listed in the Observatory’s Registered National Historic Landmark designation.
contribution to astronomy. (Submitted on May 7, 2020, by Cosmos Mariner of Cape Canaveral, Florida.)

3. Lowell Observatory (Wikipedia). Lowell Observatory is among the oldest observatories in the United States. In 2011, the Observatory was named one of "The World's 100 Most Important Places" by TIME. The main facility, located on Mars Hill just west of downtown Flagstaff, houses the original 24-inch Clark Refracting Telescope, which is now used for public education. (Submitted on May 7, 2020, by Cosmos Mariner of Cape Canaveral, Florida.) 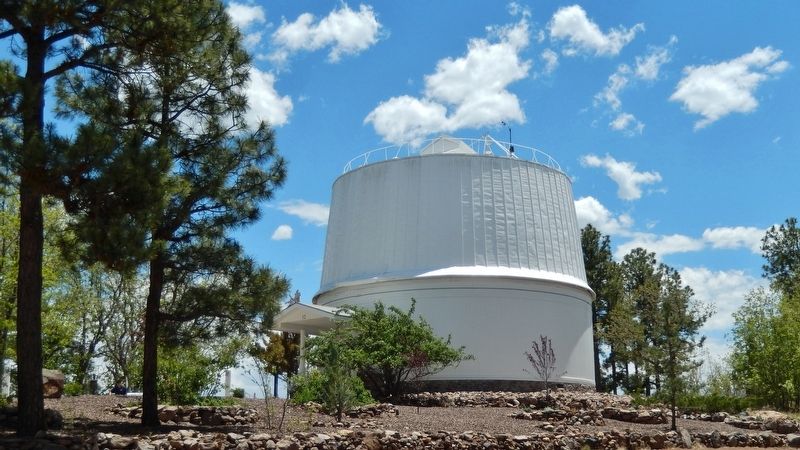 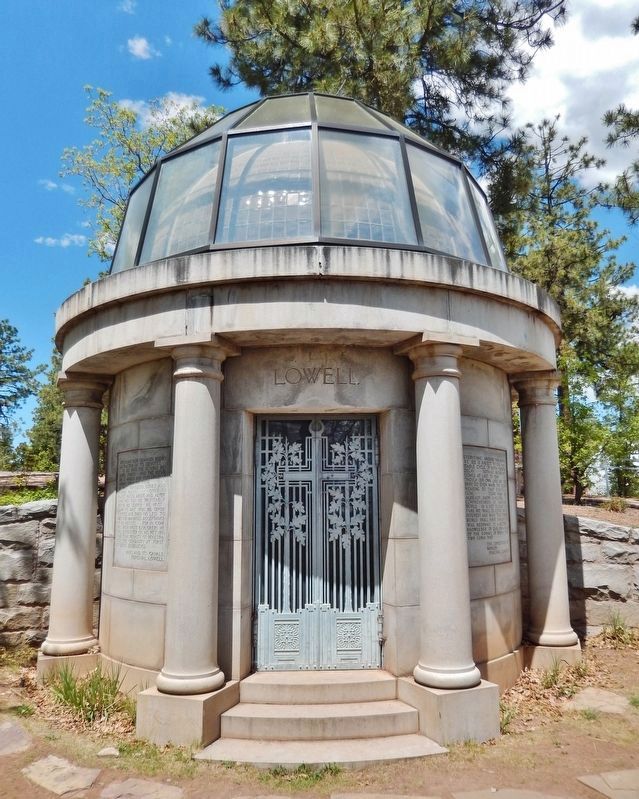 By Cosmos Mariner, May 31, 2015
5. Percival Lowell Mausoleum
(located about 20 yards north of the marker) 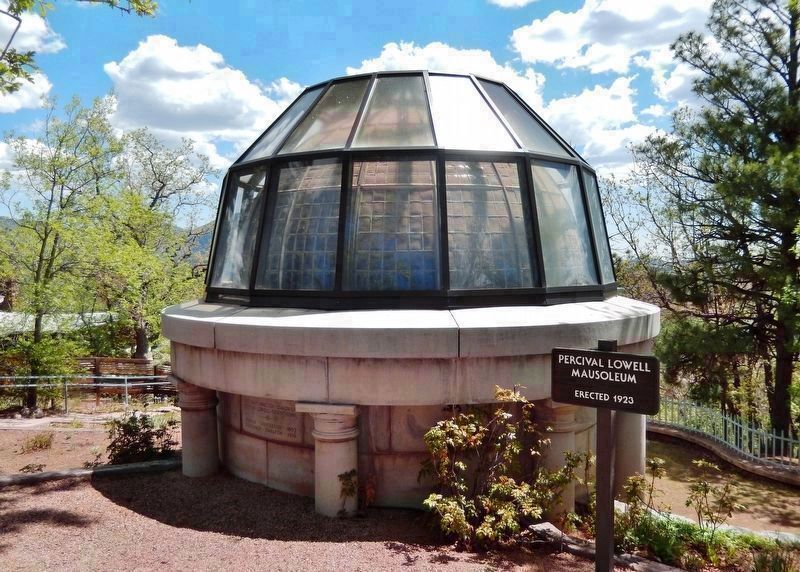 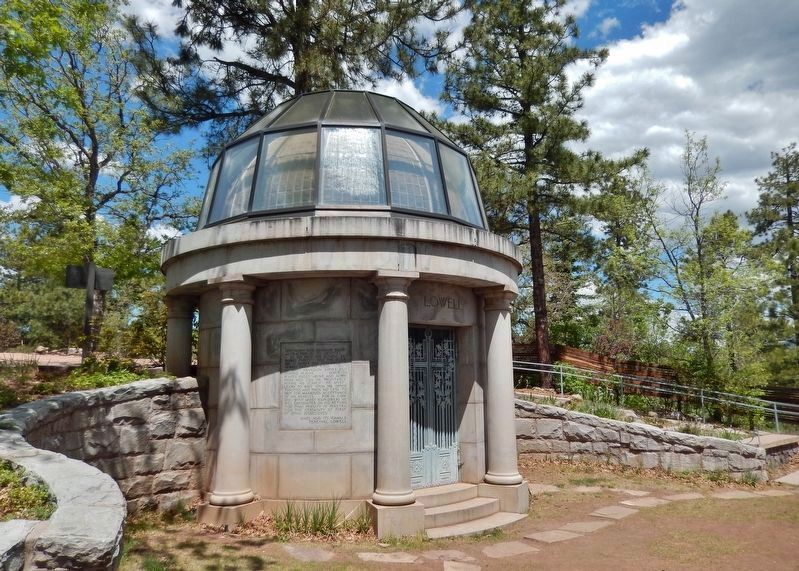 By Cosmos Mariner, May 31, 2015
7. Percival Lowell Mausoleum (south side)
(tablet inscription:) Astronomy now demands bodily abstraction of its devotee… to see into the beyond requires purity… and the securing it makes him perforce a hermit from his kind… he must abandon cities and forego plains… only in places raised above and aloof from men can he profitably persue his search. He must learn to wait upon his opportunities and then no less to wait for mankind’s acceptance of his results... for in common with most explorers he will encounter on his return that final penalty of penetration the certainty at first of being disbelieved…
—Mars and Its Canals
Percival Lowell 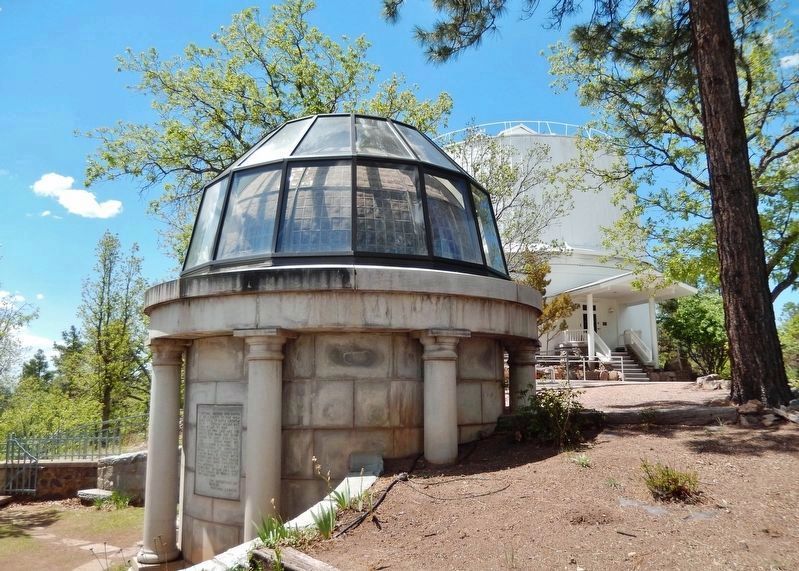