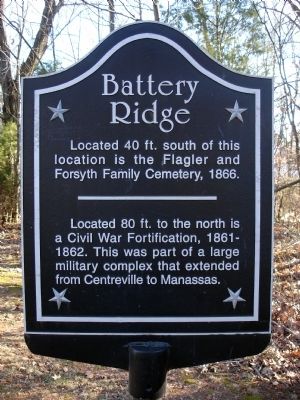 Located 80 ft. to the north is a Civil War Fortification, 1861-1862. This was a part of a large military complex that extended from Centreville to Manassas. . This historical marker is in Centreville in Fairfax County Virginia

Located 40 ft. south of this location is the Flagler and Forsyth Family Cemetery, 1866.

Located 80 ft. to the north is a Civil War Fortification, 1861-1862. This was a part of a large military complex that extended from Centreville to Manassas.

Topics. This historical marker is listed in these topic lists: Cemeteries & Burial Sites • Forts and Castles • War, US Civil. A significant historical year for this entry is 1866.

Location. 38° 50.712′ N, 77° 27.127′ W. Marker is in Centreville, Virginia, in Fairfax County. Marker is on Battery Ridge Lane, on the right when traveling east. This marker is located in the Sully Station II subdivision. Touch for map. Marker is at or near this postal address: 14621 Battery Ridge Ln, Centreville VA 20120, United States of America. Touch for directions. 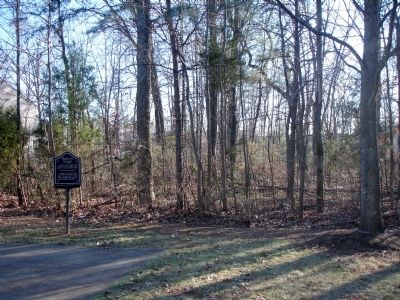 The northern line was two miles long and included thirty-one embrasured gun positions. Today most of this line is gone, but a well-preserved section crosses Stone Road. It has two artillery emplacements, one with four and the other with five embrasures. There is a ditch in front of the artillery 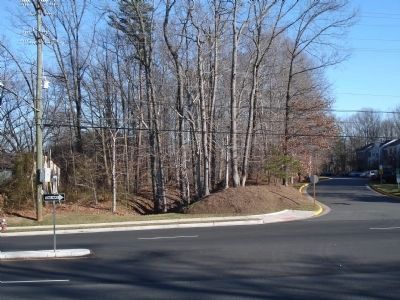 January 3, 2009
3. Battery Ridge Earthworks
Western end of the earthworks at Stone Road. Ditch is visible in shadows in center of photo.
emplacements but none in front of the connecting infantry trench.
— Submitted January 3, 2009. 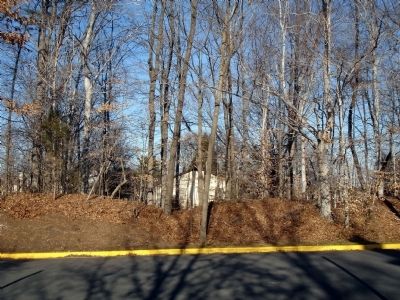 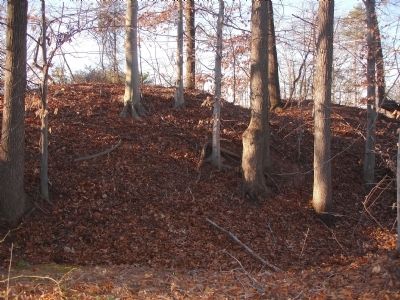 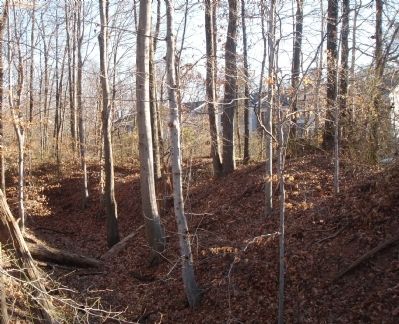 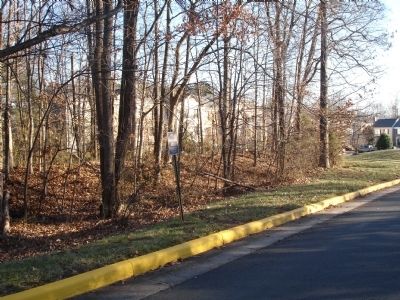