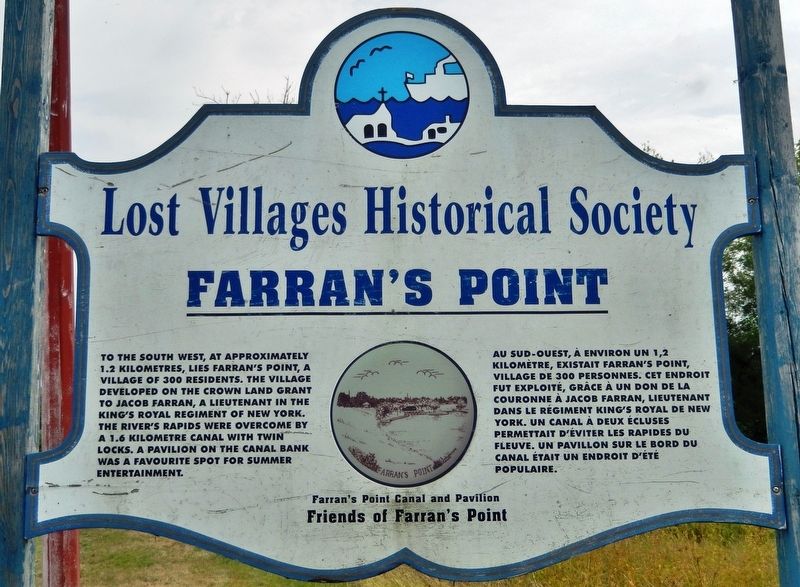 By Cosmos Mariner, August 11, 2019
1. Farran's Point Marker
Inscription.
English: . To the south west, at approximately 1.2 kilometres, lies Farran’s Point, a village of 300 residents. The village developed on the Crown Land Grant to Jacob Farran, a Lieutenant in the King’s Royal Regiment of New York. The river’s rapids were overcome by a 1.6 kilometre canal with twin locks. A pavilion on the canal bank was a favourite spot for summer entertainment. . . . This historical marker was erected by Friends of Farran's Point. It is in Ingleside in Stormont Dundas & Glengarry Counties Ontario