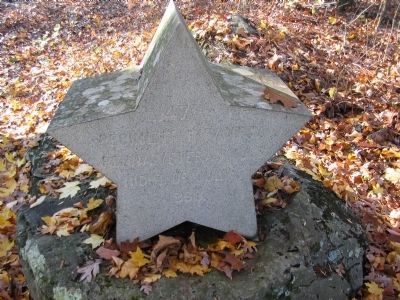 Topics. This memorial is listed in this topic list: War, US Civil. A significant historical date for this entry is July 1, 1632.

Location. 39° 47.67′ N, 77° 14.065′ W. Marker is in Cumberland Township, Pennsylvania, in Adams County. Memorial is at the intersection of Sykes Avenue and Wheatfield Road, on the left when traveling north on Sykes Avenue. Located just north of Little Round Top in Gettysburg National Military Park. Touch for map. Marker is in this post office area: Gettysburg PA 17325, United States of America. Touch for directions. 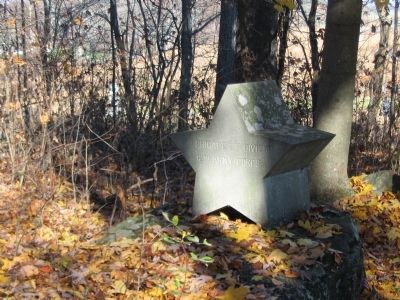 Related markers. Click here for a list of markers that are related to this marker. Marker and Monuments for the 147th Pennsylvania Infantry. 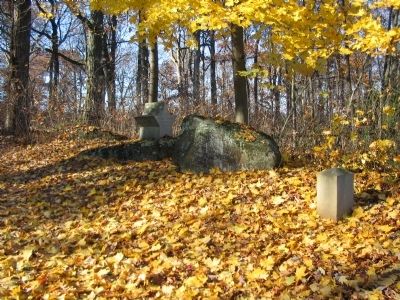 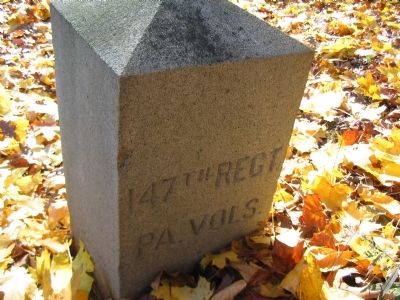 Photographed By Craig Swain, November 11, 2008
4. Second Marker Stone
This stone appears to to be older than the "star" and at first appears to be a standard flank marker. It simply reads "147th Regt. Pa. Vols." The two position markers denote the bivouac area of the regiment, along with most of the Twelfth Corps, on the night of July 1, 1863. 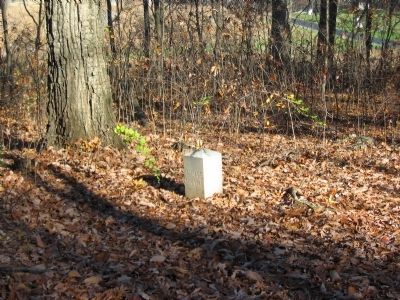