The last surviving warship from the attack on Pearl Harbor

— "Saving One of America's Treasures" — 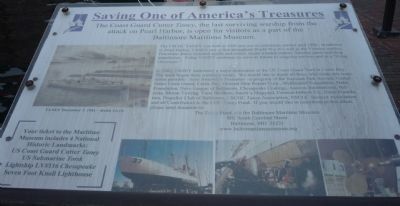 Open for visitors as part of the Baltimore Maritime Museum ... the USCGC TANEY was built in 1936 and was in continuous service until 1986. In addition to Pearl Harbor, TANEY saw action throughout World War II [as] well as the Vietnam Conflict. Peacetime duties included search and rescue, ocean weather station, fisheries patrol, and drug interdiction. Today, TANEY continues to serve as a tribute to seagoing services and as a "living classroom." 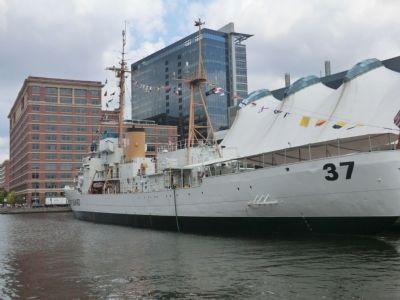 Topics and series. This historical marker is listed in these topic lists: War, Vietnam • War, World II • Waterways & Vessels. In addition, it is included in the National Historic Landmarks series list. A significant historical date for this entry is December 7, 1862.

Location. This marker has been replaced by another marker nearby. It was located near 39° 17.108′ N, 76° 36.37′ W. Marker was in Inner Harbor in Baltimore, Maryland. Marker could be reached from the intersection of Harbor Bridge Walk and Harbor Magic Drive. Touch for map. Marker was in this post office area: Baltimore MD 21202, United States of America. Touch for directions.

More about this marker. CGC Taney is moored in Baltimore's Inner Harbor at Pier 5. The marker is accessible to pedestrians at the east end of the Bridge walk which connects Piers 4 and 5, one block south of E. Pratt Street at the west end of Eastern Avenue - two blocks west of S. President Street. 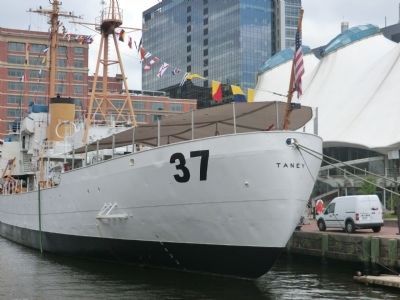 Photographed By Don Morfe, June 14, 2012
3. The Coast Guard Cutter Taney Marker
Click here for another marker that is related to this marker. This marker has been replaced by the linked marker. 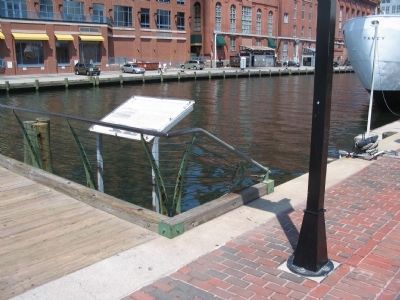 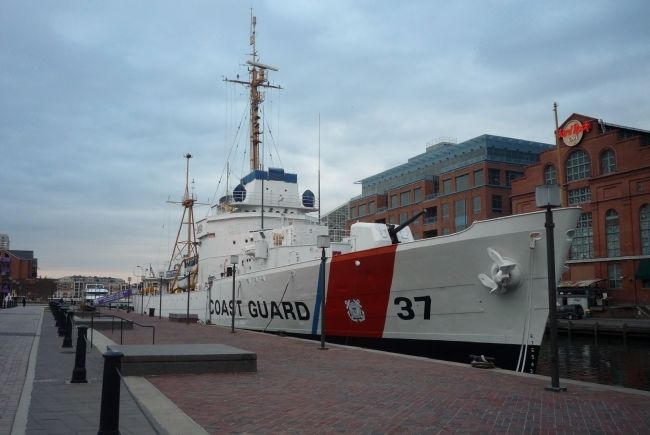 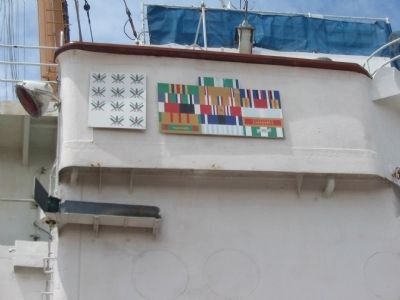