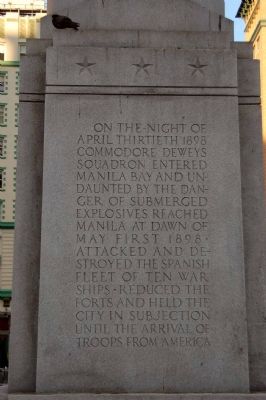 By Karen Key, July 23, 2007
1. Dewey Monument Marker, Panel 1
Inscription.
Dewey Monument. . (Panel 1) On the night of April Thirtieth 1898 Commodore Deweys squadron entered Manila Bay and undaunted by the danger of submerged explosives reached Manila at dawn of May First 1898 . Attacked and destroyed the Spanish fleet of ten war ships . Reduced the forts and held the city in subjection until the arrival of troops from America . . (Panel 2) Erected by the citizens of San Francisco to commemorate the victory of the American Navy under Commodore George Dewey at Manila Bay May First MDCCCXCVIII . On May Twenty Third MCMI the ground for this monument was broken by President William McKinley . . (Panel 3) Secretary of the Navy John D. Long to Commodore George Dewey April 24 1898 . Was has commenced between the United States and Spain . Proceed at once to the Philippine Islands and capture or destroy the Spanish fleet . . (Panel 4) American Squadron Manila Bay . Olympia Flagship . Baltimore . Raleigh . Boston . Concord . Petrel . McColloch . On May fourteenth MCMIII this monument was dedicated by President Theodore Roosevelt . . (Panel 5, below Panel 4) Erected 1901 . Newton J. Tharp Architect . Robert Aitken Sculptor . Replaced 1942 following construction of the underground garage . Timothy L. Pflueger Architect . . This monument was erected in 1901. It is in San Francisco in San Francisco City and County California

(Panel 3) Secretary of the Navy John D. Long to Commodore George Dewey April 24 1898 • Was has commenced between the United States and Spain • Proceed at once to the Philippine Islands and capture or destroy the Spanish fleet 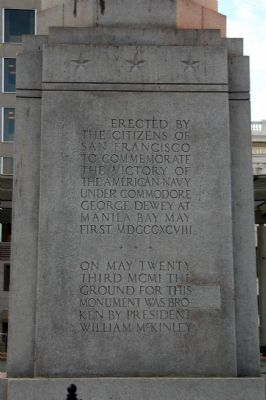 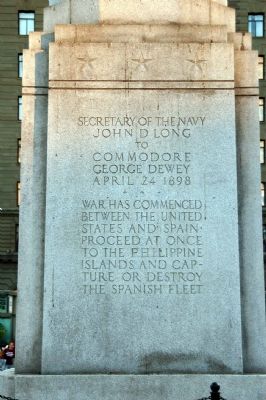 4. University of California. Stereograph card showing Union Square and the monument after the 1906 Earthquake and Fire. (Submitted on July 31, 2007, by Karen Key of Sacramento, California.) 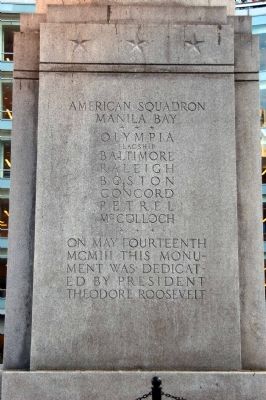 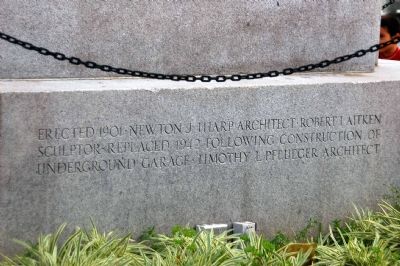 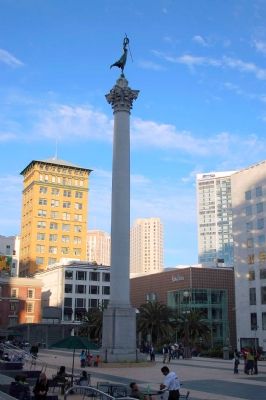 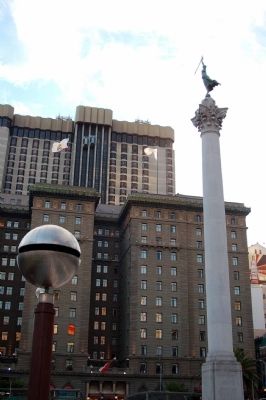 By Karen Key, July 23, 2007
7. Dewey Monument Marker
The Westin St. Francis Hotel is in the background 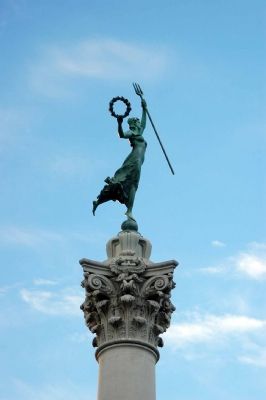 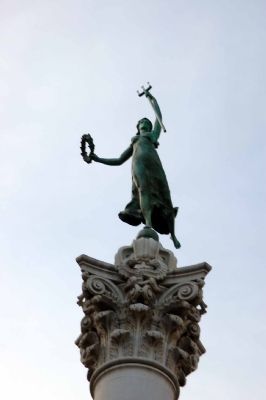 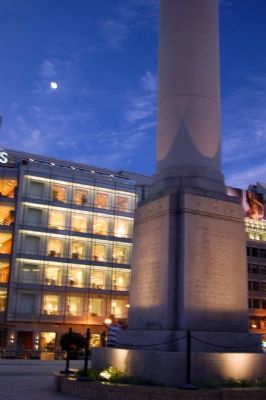 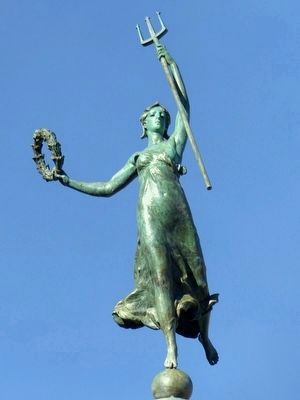 By Allen C. Browne, November 18, 2015
11. Victory
Many San Franciscans will tell you that socialite and philanthropist Alma de Bretteville Spreckels posed for Robert Ingersoll Aitken's 1901 statue of Victory atop the Dewey Monument in Union Square. 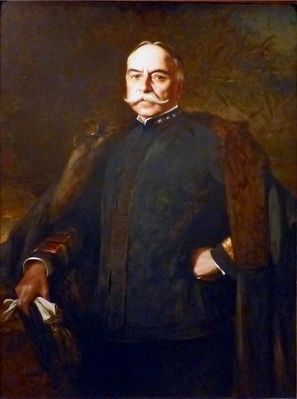 “George Dewey obtained fame during the Spanish­American War after more than forty years of service. His slow rise through the ranks began at the Naval Academy in Annapolis. During the Civil War, Dewey performed with honor during an assault on New Orleans, earning the rank of lieutenant commander. In 1898, Commodore Dewey gained the command of the Asiatic Squadron stationed in Nagasaki Harbor. With the outbreak of war between Spain and the United States, he was ordered to engage the Spanish fleet stationed near the Philippines. On May 1, Dewey destroyed the fleet and paved the way for U.s. occupation of the islands. Upon his return, Dewey was greeted as a national hero and awarded the rank of admiral. He continued to serve the navy until his death.” — National Portrait Gallery
More. Search the internet for Dewey Monument.