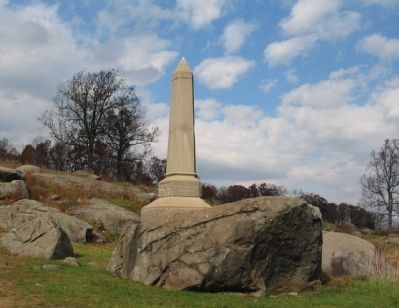 (Right Rear Facing):
Erected by the
State of Maine
(Right Front Facing):
In remembrance
of our casualties
July 2d, 1863

Location. 39° 47.512′ N, 77° 14.485′ W. Marker is in Cumberland Township, Pennsylvania, in Adams County. Memorial is at the intersection of Sickles Avenue and Warren Avenue, on the right when traveling south on Sickles Avenue. Located in the Devils Den section of Gettysburg National Military Park. Touch for map. Marker is in this post office area: Gettysburg PA 17325, United States of America. Touch for directions. 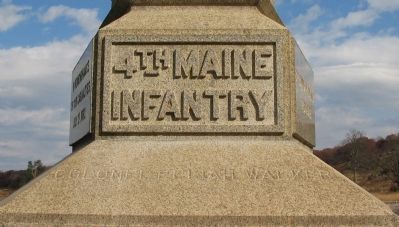 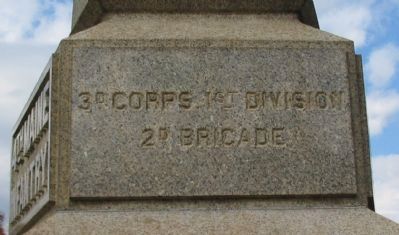 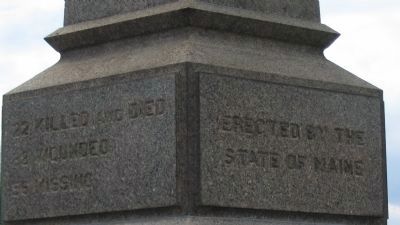 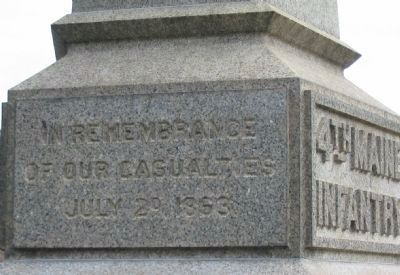 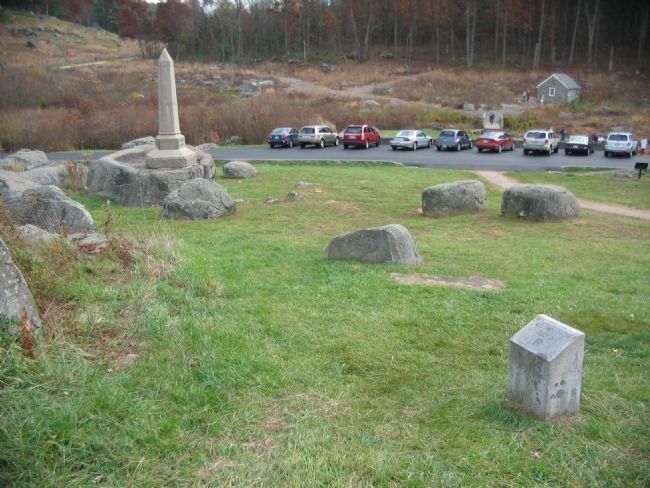 By Craig Swain, November 8, 2008
6. 4th Maine Infantry Right Flank
Looking from the right flank marker toward the monument. This flank marker is an example of an unfortunately common issue plaguing those studying the battle by way of markers. The flank markers were placed during the 1880s onward based on some general initial battle lines, and sometimes do not conform with the actual locations of the heaviest fighting. The 4th Maine was at first posted across the crest of the Devil's Den, then moved into a "refuse" line anchored on Plum Run. However, that line was well in advance of this flank marker. 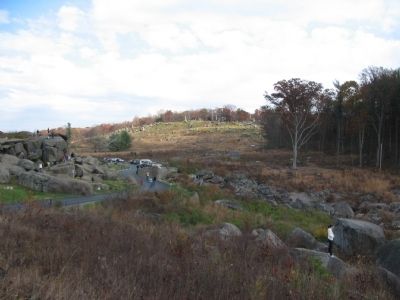 By Craig Swain, November 8, 2008
7. Refuse Position
Looking from "Elephant Rock" back toward the Devil's Den and Plum Run valley. The 4th Maine deployed south into the very rough between Plum Run and the Devil's Den (left) outcroppings. As seen in the photograph, the Devil's Den is always a popular stop for visitors. 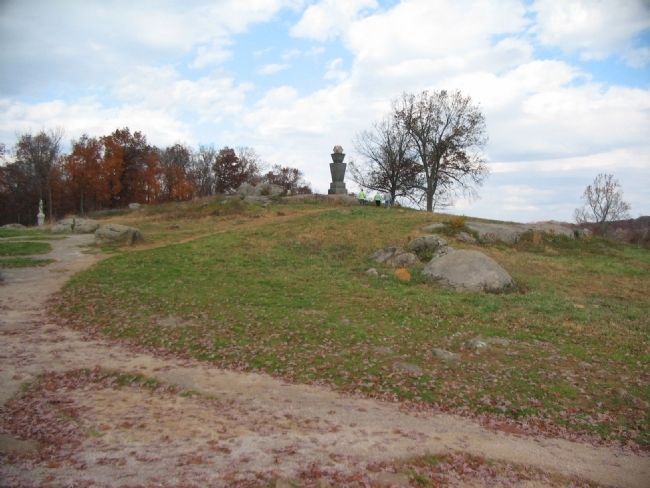 By Craig Swain, November 8, 2008
8. The 4th Maine Recapture Smith's Guns
Looking from the top of Devil's Den to the north at the ground behind Smith's guns (out of frame to the left). Col. Walker, seeing Smith's battery about to be overrun, and without waiting for orders, pulled back from his advance refuse position. He then ordered a "right oblique" and charged to the top of the ridge. The assault drove back portions of the 1st Texas Infantry and, temporarily at least, recaptured Smith's guns. The monument atop the ridge here is the 99th Pennsylvania.
Credits. This page was last revised on December 2, 2020. It was originally submitted on January 5, 2009, by Craig Swain of Leesburg, Virginia. This page has been viewed 1,103 times since then and 7 times this year. Photos:   1, 2, 3, 4, 5, 6, 7, 8. submitted on January 5, 2009, by Craig Swain of Leesburg, Virginia.
Share This Page.