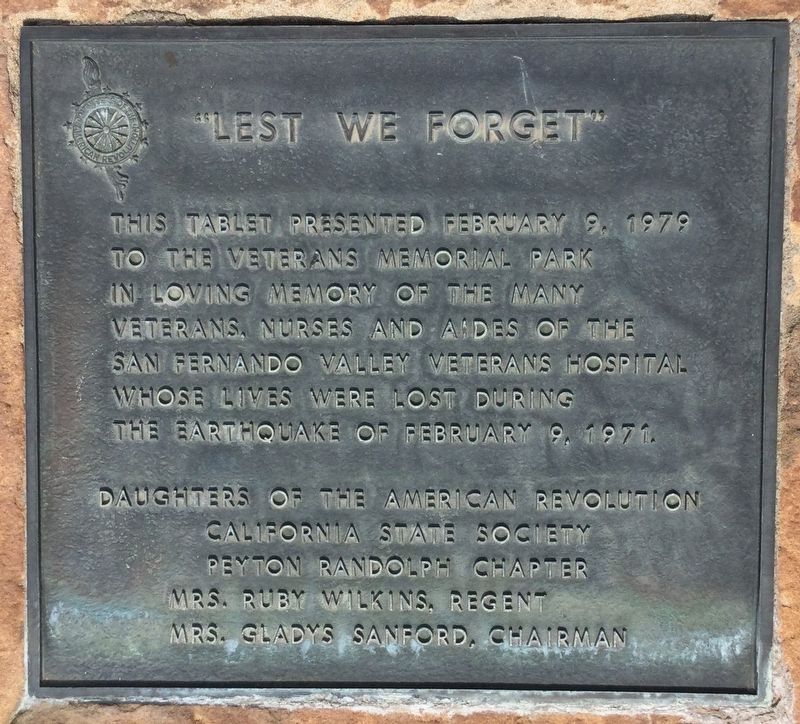 Photographed By Craig Baker, February 21, 2018
1. Lest We Forget Marker
Inscription.
1971 Sylmar Earthquake. Lest We Forget. This tablet presented February 9, 1979, to the Veterans Memorial Park, in loving memory of the many veterans, nurses, and aides of the San Fernando Valley Veterans Hospital, whose lives were lost during the earthquake of February 9, 1971. . This historical marker was erected in 1979 by Daughters of the American Revolution. It is in Sylmar in Los Angeles County California

This tablet presented February 9, 1979, to the Veterans Memorial Park, in loving memory of the many veterans, nurses, and aides of the San Fernando Valley Veterans Hospital, whose lives were lost during the earthquake of February 9, 1971.

Erected 1979 by Daughters of the American Revolution.

Topics and series. This historical marker is listed in these topic lists: Disasters • Parks & Recreational Areas. In addition, it is included in the Daughters of the American Revolution (DAR) series list. A significant historical date for this entry is February 9, 1971.

Location. 34° 19.509′ N, 118° 25.018′ W. Marker is in Sylmar, California, in Los Angeles County. Marker is on Sayre Street near Shablow Avenue. At the end of Sayre St, next to the flagpole at the entrance to Veterans Memorial Park. Touch for map. Marker is at or near this postal address: 13000 Sayre St, Sylmar CA 91342, United States of America. Touch for directions.

Other nearby markers. At least 8 other markers are within 4 miles of this marker, measured as the crow flies. Loop Fire (approx. 0.6 miles away); The San Fernando Pioneer Memorial Cemetery (approx. 1.8 miles away); The Griffith Ranch (approx. 2½ miles away); Glen Haven Veterans Memorial 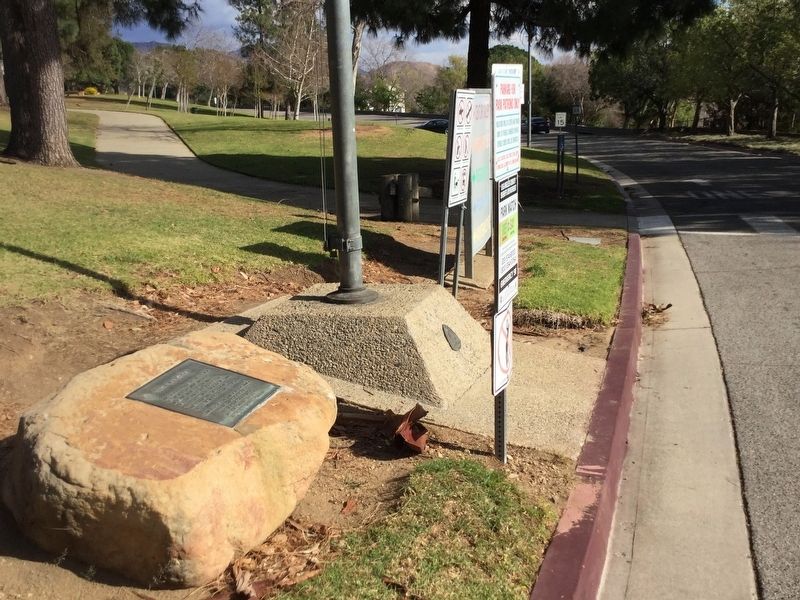 Photographed By Craig Baker, February 21, 2018
2. Lest We Forget Marker

Regarding 1971 Sylmar Earthquake. The Sylmar Earthquake occurred at 6:00 am on February 9, 1971. It registered 6.6 on the Richter scale. 64 people were killed, including 44 at this hospital, which is now a memorial park. The nearby Olive View Hospital was damaged, resulting in three deaths. 80,000 people were evacuated (including me, -CB) when the Van Norman Dam nearly collapsed.

The earthquake released methane gas underground into a tunnel construction site in Sylmar, and on June 24 an explosion killed 17 workers.

Related marker. Click here for another marker that is related to this marker. — Sylmar Tunnel Disaster, where 17 workers were killed in an explosion of methane gas released 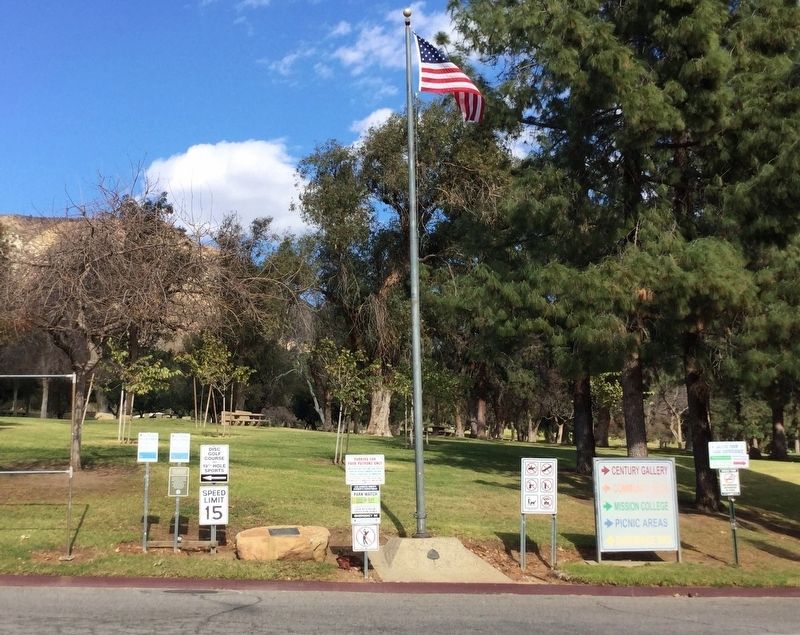 Photographed By Craig Baker, February 21, 2018
3. Lest We Forget Marker
Marker is to the left of the flagpole at the park entrance.
by the earthquake. 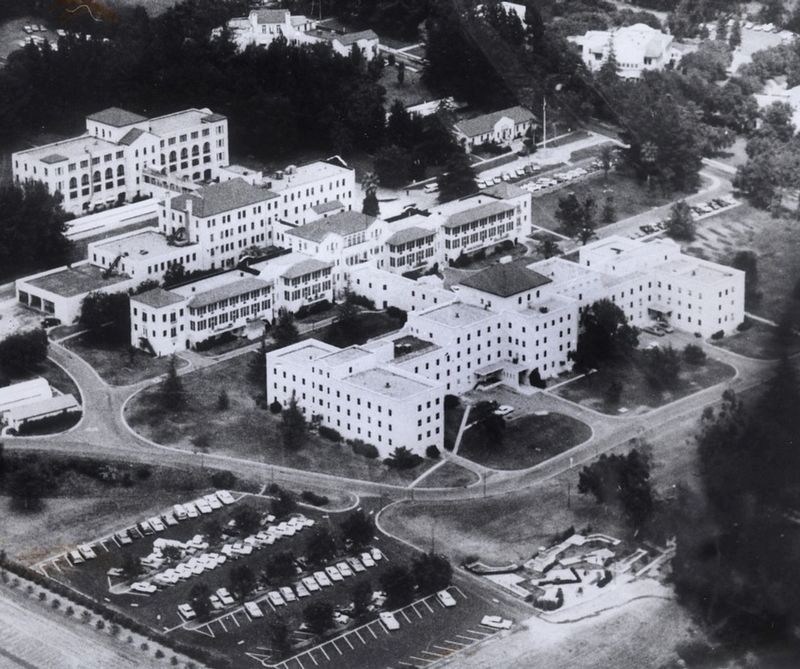 circa 1970
4. Before the Earthquake
The parking lot at the lower left still exists today at the west end of the park. The marker location is to the right of this photo. 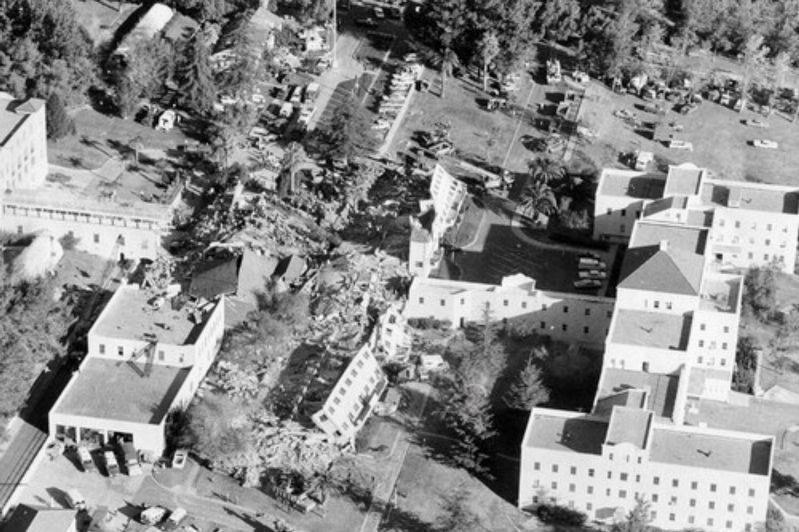 circa 1971
5. After the Earthquake
The collapsed buildings were built between 1926 and 1933. Newer buildings did not have major damage, but they were removed to create a memorial park. 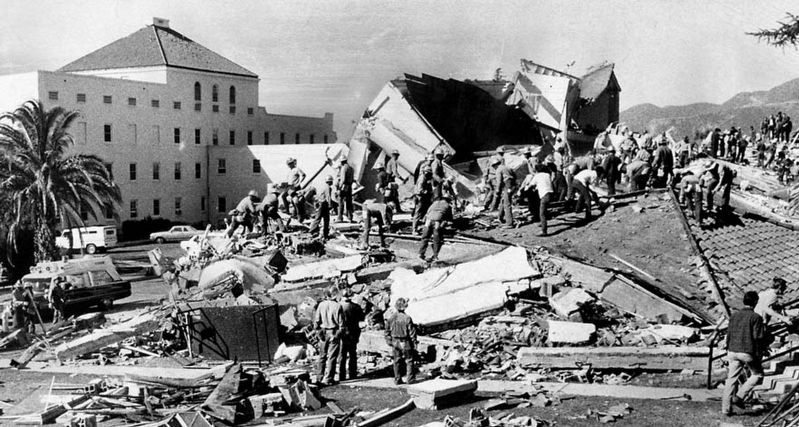 circa 1971
6. Rescuers digging through the rubble 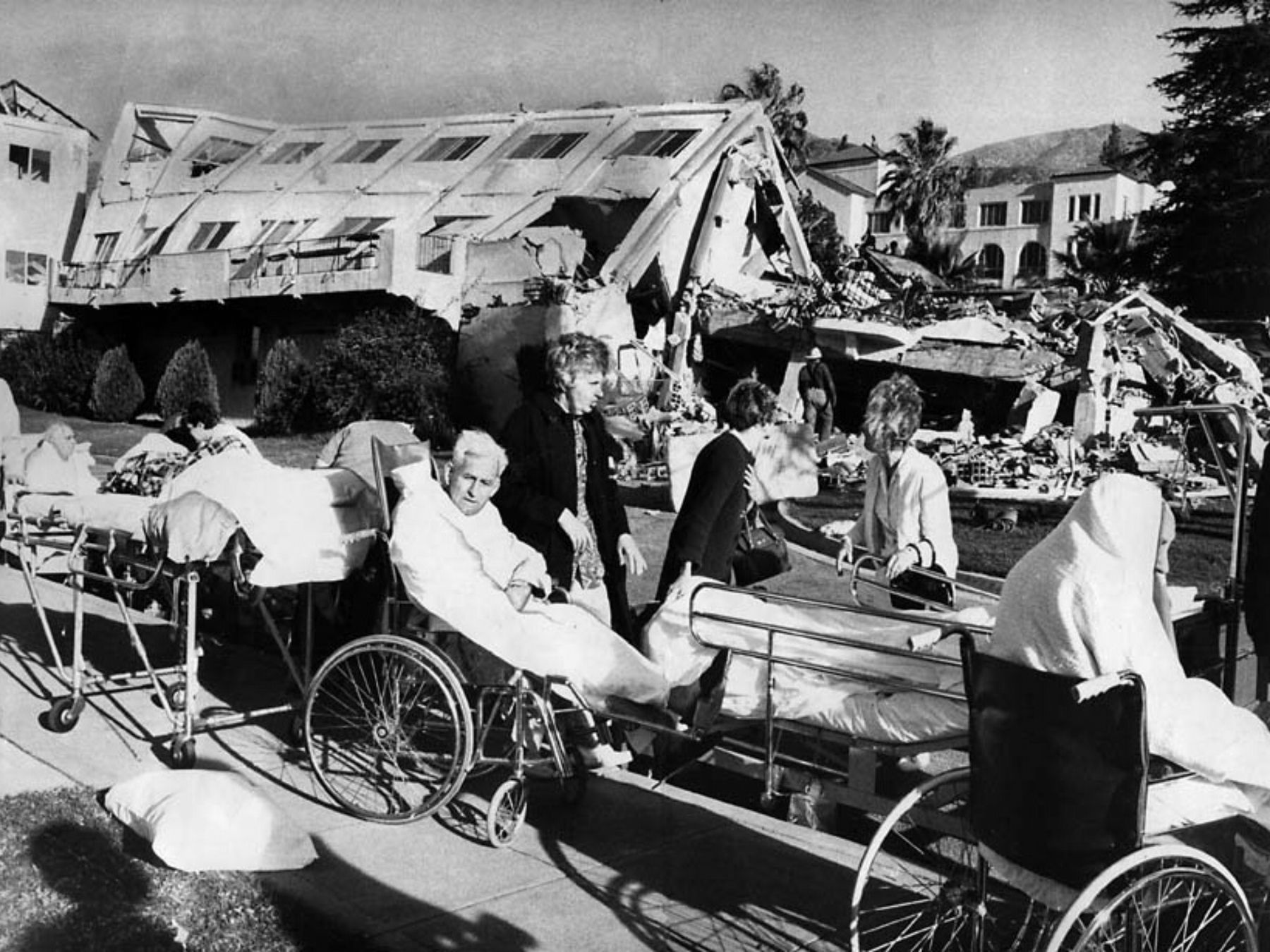 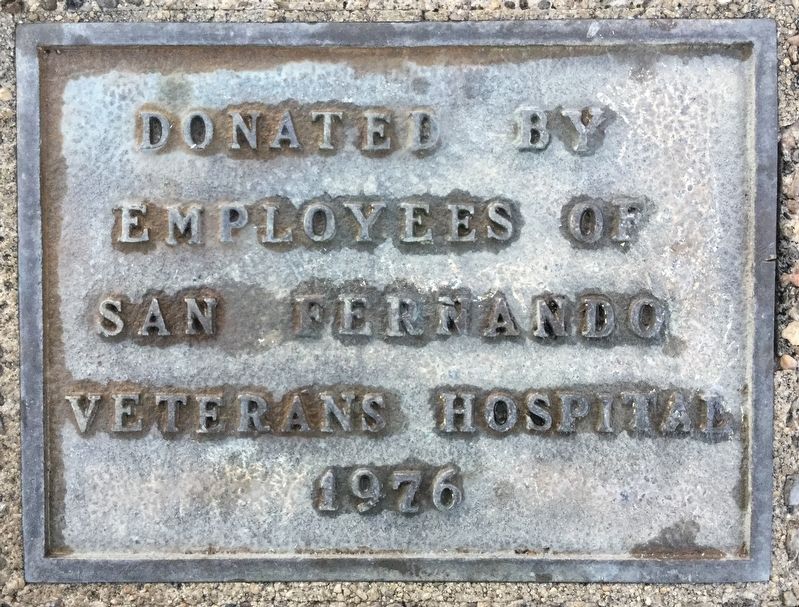