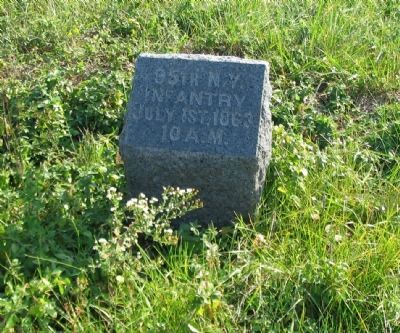 Location. 39° 50.175′ N, 77° 15.148′ W. Marker is in Cumberland Township, Pennsylvania, in Adams County. Memorial is on Meredith Avenue, on the left when traveling south. Located near McPherson Barn in Gettysburg National Military Park. Touch for map. Marker is in this post office area: Gettysburg PA 17325, United States of America. Touch for directions. 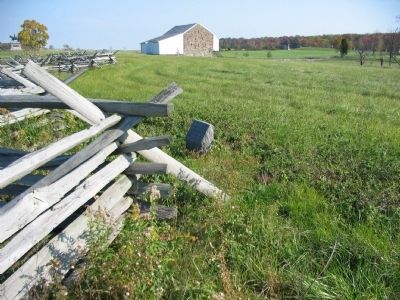 Photographed By Craig Swain, November 1, 2008
2. Position Marker
The position marker is located on the inside of a fence around the McPherson Barn. 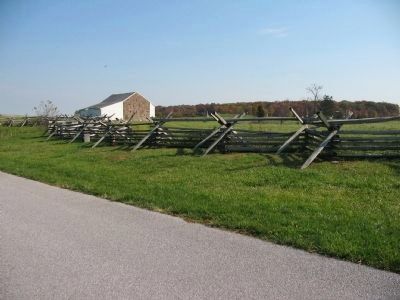