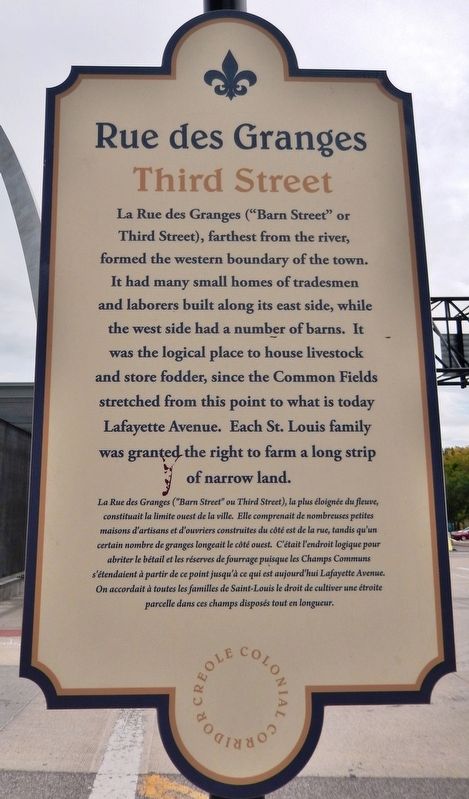 By Cosmos Mariner, September 12, 2017
1. Rue des Granges Marker
Inscription.
, English: , La Rue des Granges ("Barn Street" or Third Street), farthest from the river, formed the western boundary of the town. It had many small homes of tradesmen and laborers built along its east side, while the west side had a number of barns. It was the logical place to house livestock and store fodder, since the Common Fields stretched from this point to what is today Lafayette Avenue. Each St. Louis family was granted the right to farm a long strip of narrow land. , French: . This historical marker was erected in 2014 by Creole Colonial Corridor. It is in St. Louis Missouri