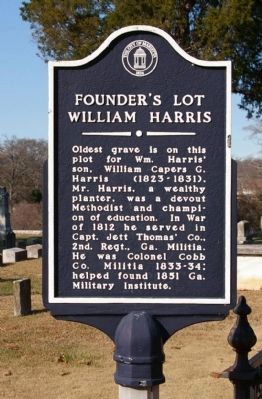 Erected by The City of Marietta.

Topics. This historical marker is listed in these topic lists: Agriculture • Cemeteries & Burial Sites • Education • War of 1812. A significant historical year for this entry is 1812.

Location. 33° 56.714′ N, 84° 32.971′ W. Marker is in Marietta, Georgia, in Cobb County. Marker can be reached from West Atlanta Street SE, 0.2 miles north of Cemetery Street SE. The marker is located in the Old Marietta City Cemetery, in the center of the cemetery. Touch for map. Marker is in this post office area: Marietta GA 30008, United States of America. Touch for directions. 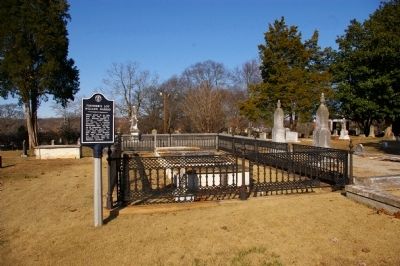