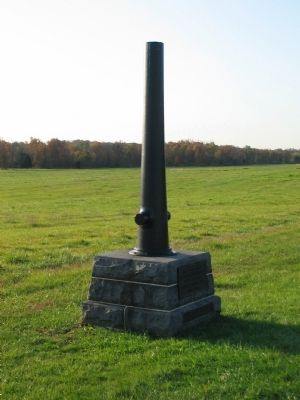 Photographed By Craig Swain, November 1, 2008
1. 1st Corps Headquarters Marker
A breach down 4.5-inch Siege Rifle was used to indicate the Corps headquarters. A bronze disk, the circle or moon shape of the First Corps symbol, was fixed on the cannon, but is missing now.
Inscription.
1st Corps Headquarters. Army of the Potomac.
Army of the Potomac 1st. Corps Headquarters Major General Abner Doubleday July 1, 1863, Were located 230 yards S.E. from here, near the pike. . This historical marker was erected in 1913 by Gettysburg National Military Park Commission. It is in Cumberland Township in Adams County Pennsylvania

Were located 230 yards S.E.
from here, near the pike

Topics. This memorial is listed in this topic list: War, US Civil. A significant historical date for this entry is July 1, 1863.

Location. 39° 50.134′ N, 77° 14.976′ W. Marker is in Cumberland Township, Pennsylvania, in Adams County. Memorial is on Reynolds Avenue, on the right when traveling north. Located on the First Day Battlefield, north of McPherson Woods, in Gettysburg National Military Park. Touch for map. Marker is in this post office area: Gettysburg PA 17325, United States of America. Touch for directions. 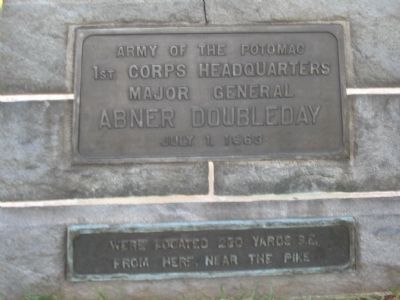 Photographed By Craig Swain, November 1, 2008
2. Close Up of the Plaques

Also see . . .  Reports of Maj. Gen. Abner Doubleday. Doubleday was in command of the Corps as Reynolds was commanding a "wing" of the Army. When Reynolds was killed in McPherson Woods, Doubleday had command of the field, at least for a short time. In his report, he explains the reasons for defending the ground north and west of Gettysburg:
There were abundant reasons for holding it, for it is the junction of seven great roads leading to Hagerstown, Chambersburg, Carlisle, York, Baltimore, Taneytown, and Washington, and is also an important railroad terminus. The places above mentioned are on the circumference of a circle of which it is the center. It was, therefore, a strategic point of no ordinary importance. Its possession would have been invaluable to Lee, shortening and strengthening his line to Williamsport, and serving as a base of maneuvers for future operations. (Submitted on January 11, 2009, by Craig Swain of Leesburg, Virginia.) 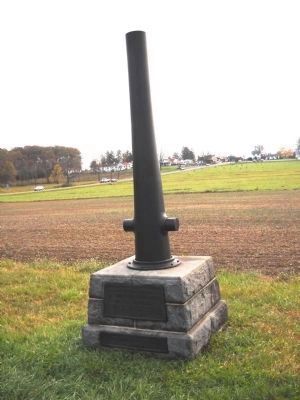 Photographed By Bill Coughlin, November 5, 2010
3. Doubleday's Headquarters Marker
This view of the 1st Corp Headquarters marker looks east, towards the town of Gettysburg. The cannon that marks the site of Lee's headquarters during the battle can be seen in the background to the right. 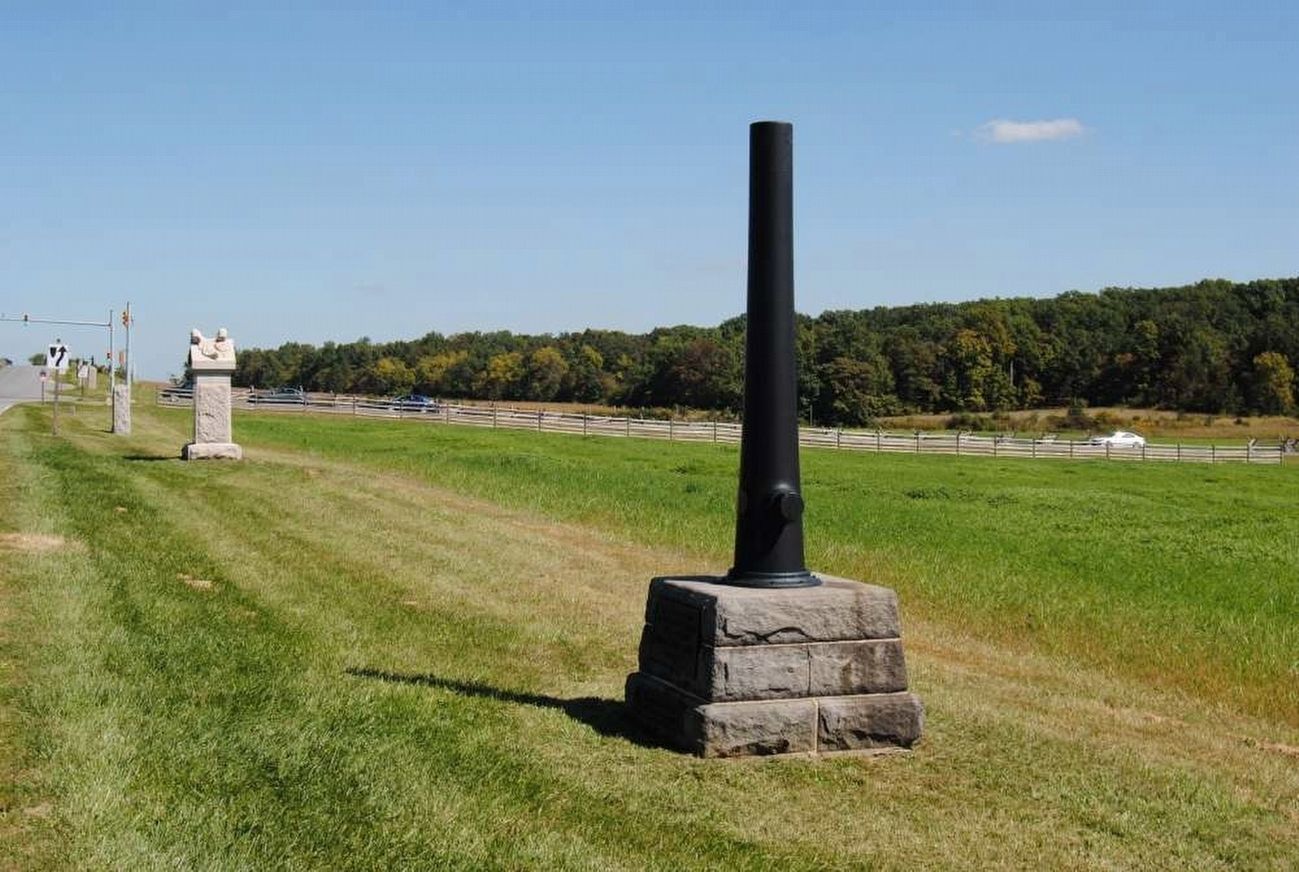 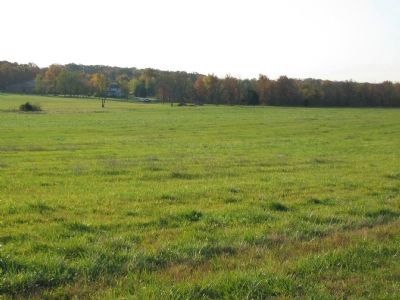 Photographed By Craig Swain, November 1, 2008
5. Looking Southeast from the Headquarters Marker
Doubleday maintained a headquarters behind the lines, but in position to observe the action across the southern part of the First Corps front. 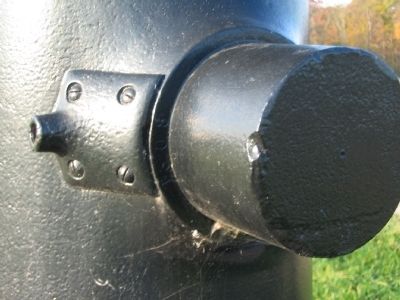 Photographed By Craig Swain, November 1, 2008
6. Markings on the Cannon
Most of the markings on the 4.5-inch Rifle are on the muzzle, which is clearly out of reach. However, the foundry would stamp its own number on the right rimbase (over the trunnion). Here the number "1308" allows positive identification of this piece as one cast by the Fort Pitt Foundry, Pittsburgh, Pennsylvania, in 1863. The fixture over the rimbase is a bracket for a sight post. 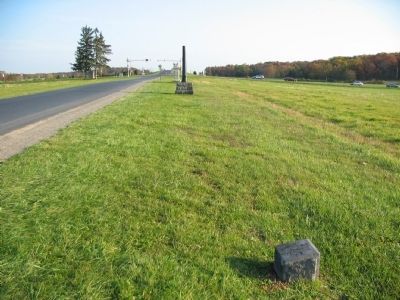