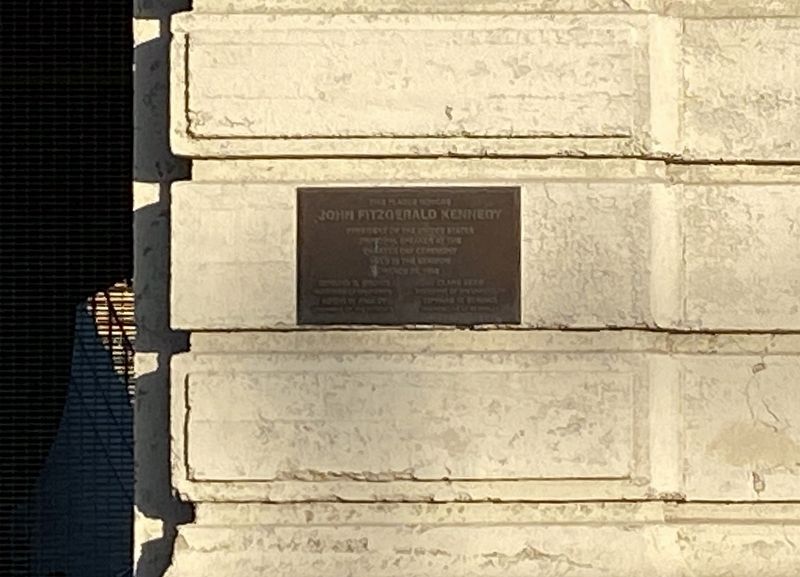 Clark Kerr . President Of The University

Edward W. Strong . Chancellor at Berkeley . . This historical marker is in Berkeley in Alameda County California

This plaque honors
John Fitzgerald Kennedy
President of the United States
Principal speaker at the
Charter Day ceremony
held in the stadium
March 23, 1962

Clark Kerr
President Of The University


Topics and series. This historical marker is listed in this topic list: Notable Events. In addition, it is included in the Former U.S. Presidents: #35 John F. Kennedy series list. 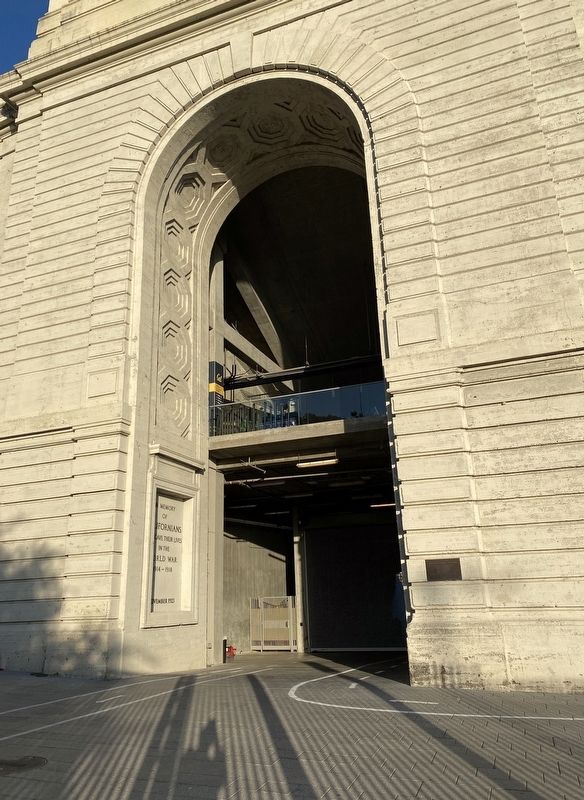 More about this marker. The marker is mounted to the outside wall of Gate 1 of California Memorial Stadium. Up close viewing of the marker may not be possible if the gated fence is locked. 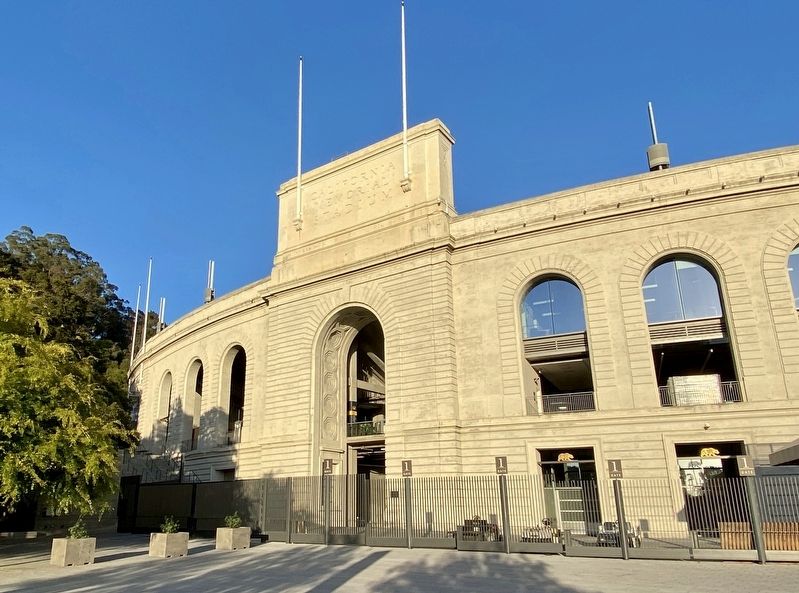 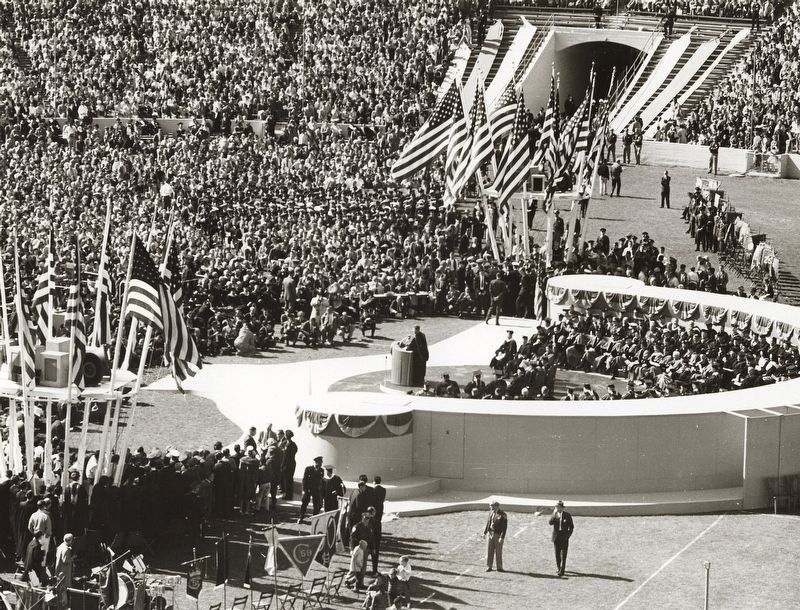