In Memory of Those Who Served in the Armed Forces 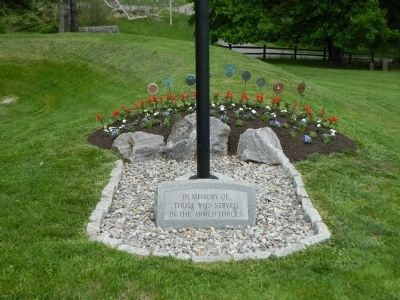 Location. 39° 52.45′ N, 75° 34.383′ W. Marker is near Chadds Ford, Pennsylvania, in Delaware County. Memorial can be reached from Baltimore Pike (U.S. 1). Marker is in the Brandywine Baptist Church cemetery. Touch for map. Marker is in this post office area: Chadds Ford PA 19317, United States of America. Touch for directions.

Other nearby markers. At least 8 other markers are within walking distance of this marker. Gideon Gilpin House (about 400 feet away, measured in a direct line); The National Arborist Association (about 400 feet away); Casimir Pulaski (about 500 feet away); Battle of Brandywine (approx. ¼ mile away); Christian C. Sanderson (approx. ¼ mile away); To Honor All Who Served in the Founding, Defense, and Preservation of Our Great Country (approx. 0.3 miles away); Kuerner Farm (approx. 0.3 miles away); a different marker also named Battle of Brandywine (approx. 0.8 miles away). Touch for a list and map of all markers in Chadds Ford. 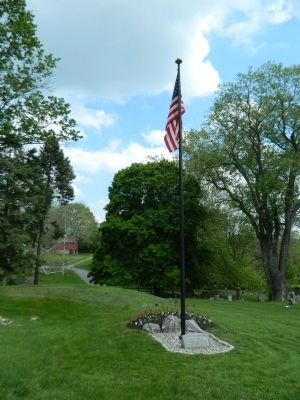 By Nate Davidson, May 17, 2014
2. In Memory of Those Who Served in the Armed Forces Marker
Gilpin Property on the Brandywine Battlefield State Park in the background. 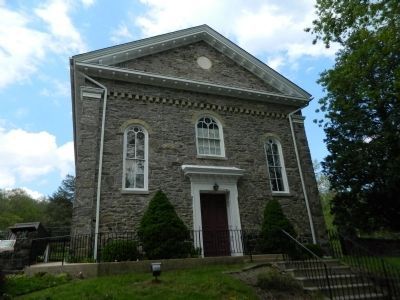