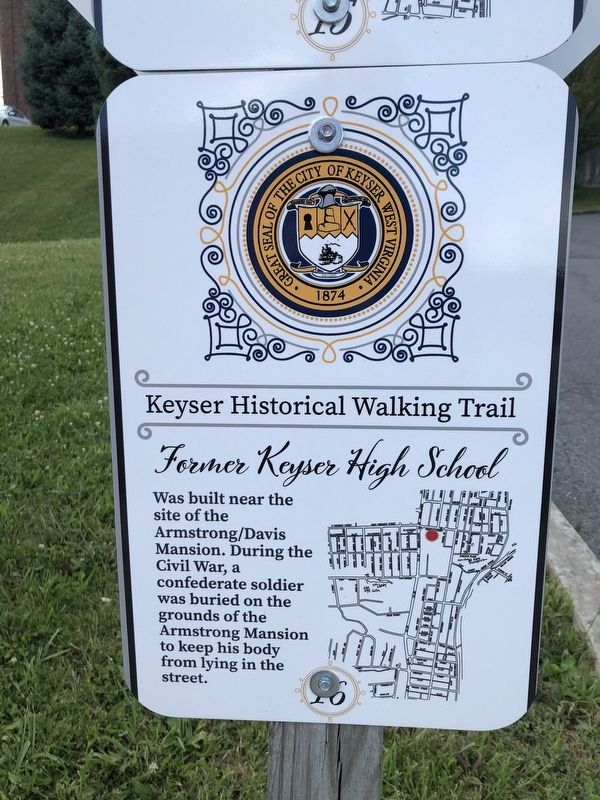 Former Keyser High School Was built near the site of the Armstrong/Davis Mansion. During the Civil War, a confederate soldier was buried on the grounds of the Armstrong Mansion to keep his body from lying in the street.

Erected by The City of Keyser, West Virginia. (Marker Number 16.)

Topics and series. This historical marker is listed in these topic lists: Cemeteries & Burial Sites • Education • War, US Civil. In addition, it is included in the West Virginia, The City of Keyser series list. 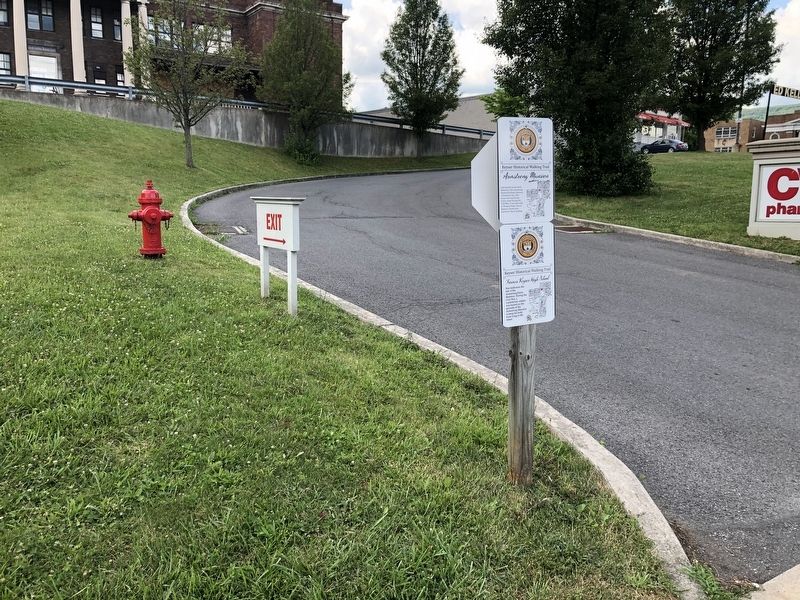