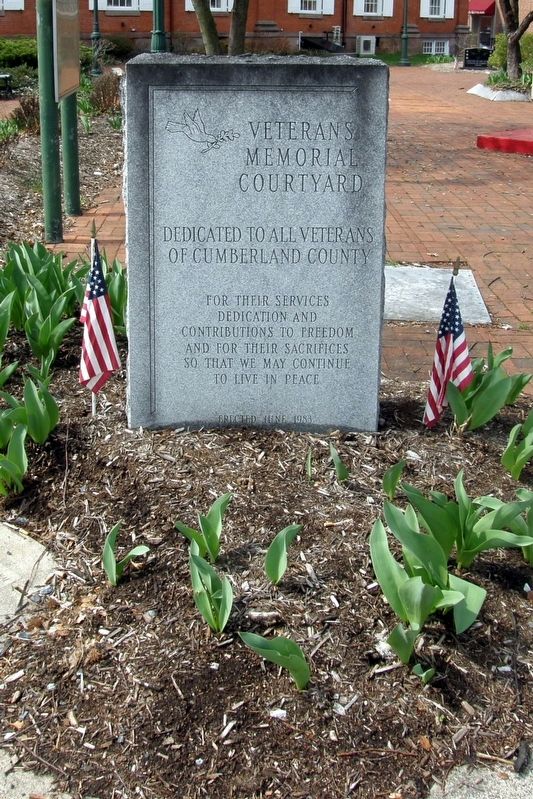 By Larry Gertner, April 11, 2011
1. Veteran’s Memorial Courtyard Marker
Inscription.
Veteran’s Memorial Courtyard. . . Dedicated to all veterans of Cumberland County . for their services dedication and contributions to freedom and for their sacrifices so that we may continue to live in peace . Erected June 1983 . This memorial was erected in 1983. It is in Carlisle in Cumberland County Pennsylvania 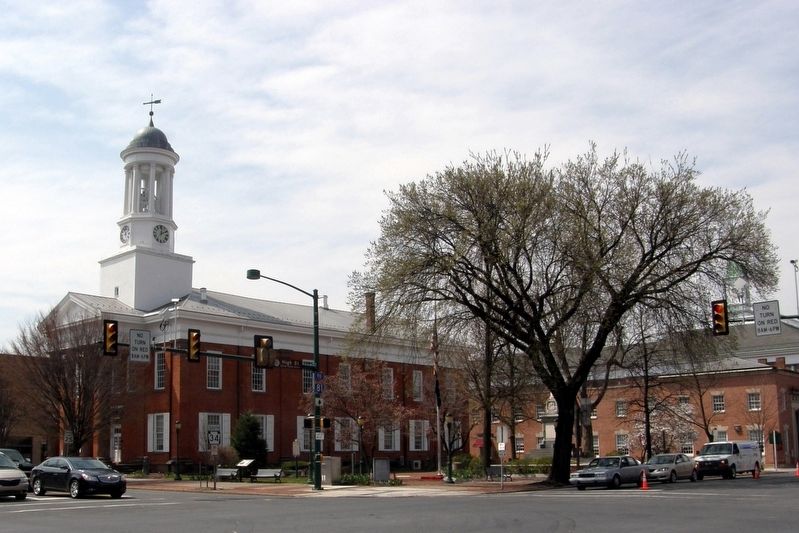