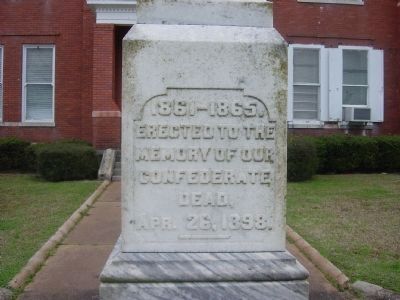 Topics. This historical marker and memorial is listed in this topic list: War, US Civil. A significant historical month for this entry is April 1847. 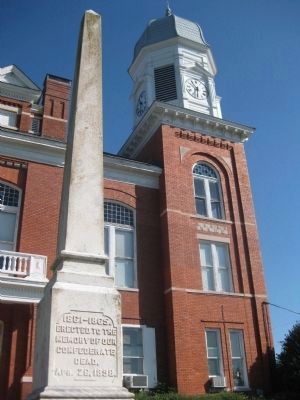 Click or scan to see
this page online
400 feet away); Site of Childhood Home of Richard Malcolm Johnston (approx. 0.2 miles away). Touch for a list and map of all markers in Crawfordville.

Additional commentary.
1. Location of marker
When this monument was unveiled April 30, 1898, it was located at the center of the intersection of Broad (US 278) and Monument Streets. On June 27, 1940, it was relocated to the south lawn of Taliaferro County Courthouse, as the pictures indicate. Note To Editor only visible by Contributor and editor
— Submitted November 11, 2013, by J H Milner of Crawfordville, Georgia. 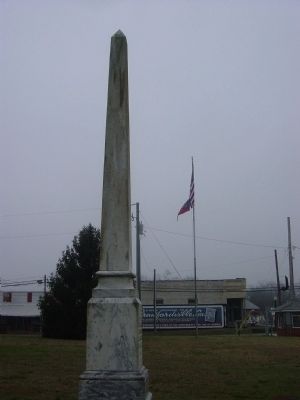