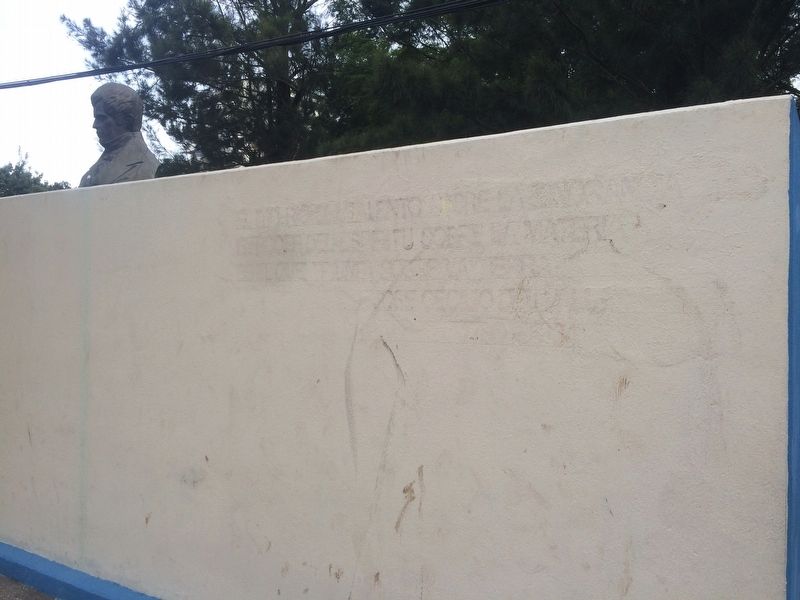 Photographed By J. Makali Bruton, August 6, 2016
1. José Cecilio del Valle Marker
This photo of the bust and monument wall show that the first part of the inscription has been removed, probably stolen.
Inscription.
English translation: , That talent reign over ignorance , and the power of the spirit over matter, , that will be a triumph across the earth , José Cecilio del Valle , 1780-1834 , , The Association of Honduran Ladies in Guatemala, 1979-1980 , The Municipality of Guatemala , From Honduras to the people of Guatemala , July 1980 . This historical marker was erected in 1980 by La Asociación de Damas Hondureñas en Guatemala. It is in Guatemala City in Guatemala