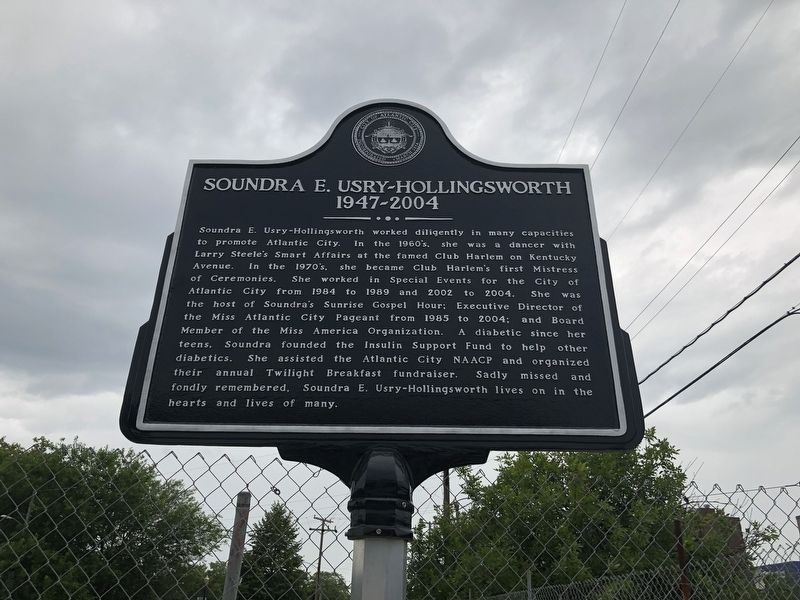 Soundra E. Usry-Hollingsworth worked diligently in many capacities to promote Atlantic City. In the 1960's, she was a dancer with Larry Steele's Smart Affairs at the famed Club Harlem's first Mistress of Ceremonies. She worked in Special Events for the City of Atlantic City from 1984 to 1989 and 2002 to 2004. She was the host of Soundra's Sunrise Gospel Hour; Executive Director of the Miss Atlantic City Pageant from 1985 to 2004; and Board Member of the Miss America Organization. A diabetic since her teens, Soundra founded the Insulin Support Fund to help other diabetics. She assisted the Atlantic City NAACP and organized their annual Twilight Breakfast fundraiser. Sadly missed and fondly remembered, Soundra E. Usry-Hollingsworth lives on in the hearts and lives of many.

Topics and series. This historical marker is listed in these topic lists: African Americans • Charity & Public Work • Women. In addition, it is included in the New Jersey, City of Atlantic City series list. A significant historical year for this entry is 1984. 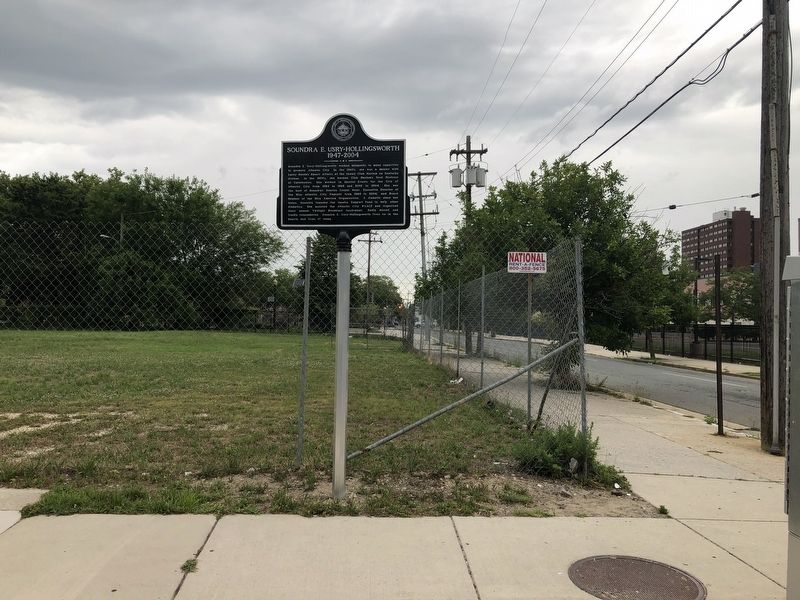